Bloomberg: Russians ran out of money 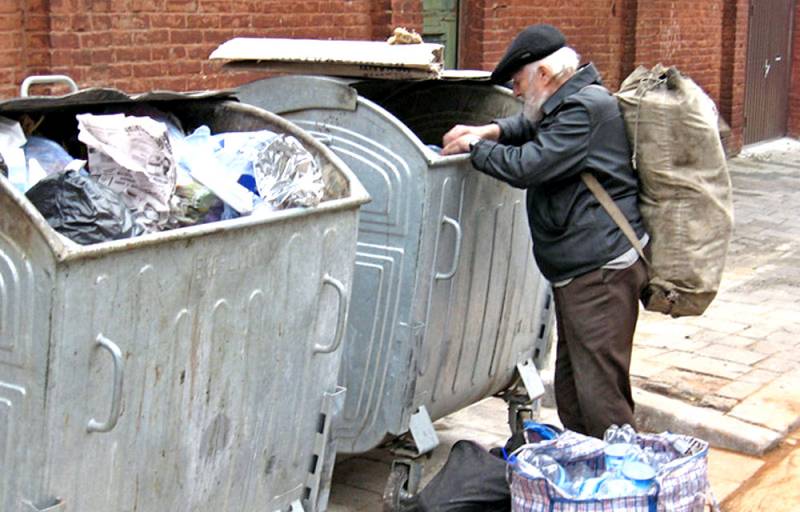 The Russians are struggling for survival, they have run out of money, so they want to end quarantine measures. About this writes the American agency Bloomberg.


Grigory Sverdlin, director of the Nochlezhka charity, has been giving out free lunches for two decades in Russia's second largest city, St. Petersburg. Now he distributes essential goods in Moscow. He has not had as much demand for food as in the last few weeks.

Russians run out of money after six weeks of self-isolation. This prompted President Vladimir Putin to resume the work of some enterprises, although the country took the second place in the world in the number of infected with COVID-19.

According to the Center for Strategic Studies, almost 50% of Russians have no savings. The Central Bank said that about 25% of the population had to spend savings from the beginning of self-isolation, as well as significantly save on costs.

The government has $ 165 billion in the National Wealth Fund for a rainy day, but it is reluctant to spend money on citizens.

According to Bloomberg Economics, the real income of Russians in the current quarter will fall to the level of 2006. According to the calculations of the Higher School economics, measures taken will not be able to greatly help the situation.

Rising poverty is putting pressure on Putin's rating, which has already fallen to a record low of 59%. According to IMF forecasts, in 2020 the Russian economy will shrink by 5,5%, which will double the global average, and its recovery will be slower than in other countries.
Ctrl Enter
Noticed oshЫbku Highlight text and press. Ctrl + Enter
We are
German media on self-isolation in Russia: Russian patience coming to an end
Named the amount that will end poverty in Russia
Reporterin Yandex News
Read Reporterin Google News
6 comments
Information
Dear reader, to leave comments on the publication, you must sign in.