Arab media talked about the “sad future” of Russian oil 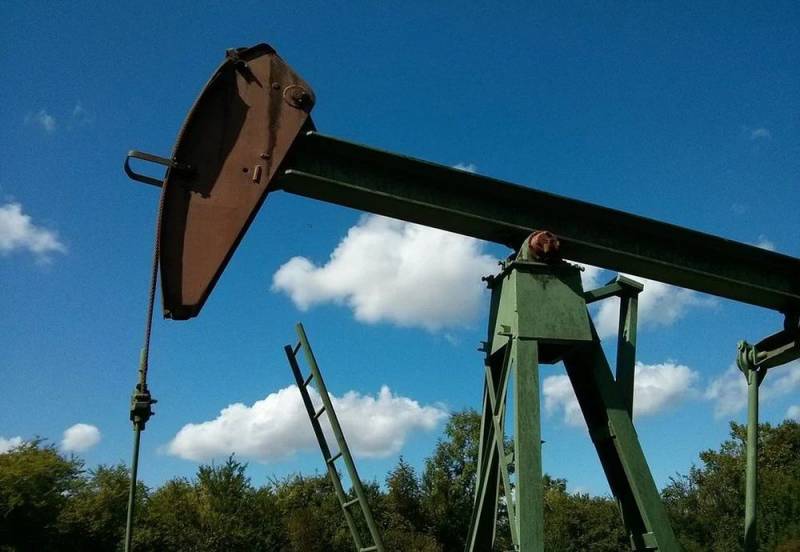 Russian oil has a “sad future”, analysts say Egyptian "independent" political Sasapost online newspapers. They prophesy hard times for the Russian oil industry, and the economy countries - a crisis, setting the United States as an example of how to “live” and work for others “correctly”.


The COVID-19 pandemic has had a negative impact on the economies of many countries, especially those that depend on oil exports. Russia is also forced to respond to the global challenge, because oil accounts for one third of exports and 40% of the country's budget revenues. Moreover, this sector of the Russian economy has a number of problems. They are associated with existing reserves of easily recoverable oil and unconventional fields that have difficulties with technology (for the extraction and processing of raw materials).

Most of the existing deposits in Western Siberia were discovered until 1970 under the USSR. Their development in the 2000s revived the economy of modern Russia. Due to growing global demand, Russian oil competed with raw materials from Saudi Arabia. Over the 15 years of production, on some of the fields the volume of oil has not changed, but in a number it has decreased, which indicates the possibility of reducing production by 2030. Now Russia must recognize a new reality - the era of glory, dominance and big profits in the oil market may come to an end.

Now the Russian oil sector is faced with five problems: the depletion of reserves of easily extracted raw materials. Proven oil reserves are (15 billion tons of proved reserves, may be reduced to 2040 million tons by 350); low efficiency of refineries, because of which they lose to competitors; US and EU sanctions prevent Russia from acquiring investors, as well as the necessary equipment and production technologies; ownership (in Russia, recoverable minerals belong to the state, which is an obstacle to development); monopoly of large companies (they concentrated 95,7% of proven oil reserves and 88% of potential).

At the same time, in the United States, where the shale revolution took place and work was carried out over the years on the development of the production process, the authorities, unlike Russia, gave companies freedom to experiment.

According to preliminary estimates, Russia's revenues from oil and gas exports fell by about $ 165 billion. This will force the government to use its international reserves to finance the state budget.

The problems of the Russian economy can be solved as follows. Russia, which has huge reserves of unconventional oil in Eastern Siberia and the Arctic, should start investing in their development. In addition, Russia has huge reserves of shale oil - more than anywhere else in the world. And the Kremlin has already announced plans to develop the North.

It is also important for Russia to maintain its export position in the Asian market. After all, Europe, which imports 30% of oil and 40% of natural gas from Russia, wants to buy cleaner and more environmentally friendly raw materials. This may put Russia in a difficult position. Therefore, cooperation with China is extremely important.

To succeed, Russia needs to reform the economy to ease its dependence on oil exports. At the same time, the Kremlin spends huge sums on military expenses, which impedes the implementation of this goal. It remains only to wait for the leadership of Russia to decide on radical transformations, the main thing is that the “Potemkin villages” do not appear again.
Ctrl Enter
Noticed oshЫbku Highlight text and press. Ctrl + Enter
We are
US Media: Stocks of Cheap Russian Oil Running Out
World Bank Announces Key Risks to the Russian Economy in 2019
Reporterin Yandex News
Read Reporterin Google News
11 comments
Information
Dear reader, to leave comments on the publication, you must sign in.