World media: Russians in the Arctic are very serious 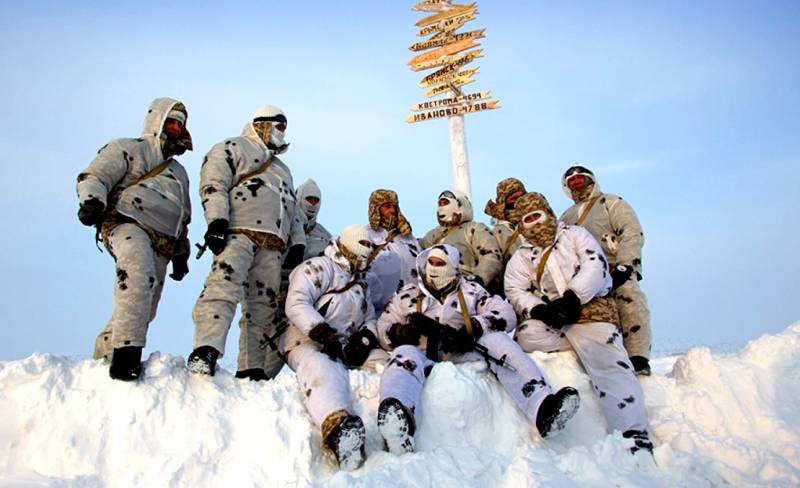 In the West, they unexpectedly became preoccupied with Russia's activity in the Arctic, which clearly shows a number of publications on this topic. These texts analyze the activities of the Russian Federation in the region and the response to it from the opposing powers.


In particular, the Washington Times writes that while President Donald Trump’s administration is struggling to effectively counter Russian and Chinese naval and naval operations in the Arctic, analysts and several lawmakers say Washington will need to allocate more resources. In general, the United States does not have a long-term plan of action in the North.

In contrast, Russia and China are promoting their strategies that portray the Arctic as the key to their 21st century projects.
- emphasizes the newspaper.

Against this background, specialists in the region directly say that over the past three years the White House has missed the opportunity to clearly explain to the American public why the Arctic is so important for the United States.

The possibility of a military clash between the United States and Russians in the northern polar latitudes is written by William Craig Reed on the portal Military Times. Recalling the history of the Kursk submarine that died in 2000, the author suggests that the current campaign of the squadron of American and British warships or similar acts can also put the world on the brink of a great war.

The Russian Federation is armed with dozens of submarines patrolling the Arctic waters, while the United States has only three Sivulf class submarines that can float through polar ice. Recently, as stated in the article, some US officials have expressed concern about this imbalance and called for "showing" Putin that he does not have undeniable control over the Arctic.

Concerned about recent Russian exercises in the Arctic, writes website of Canadian Broadcasting Corporation CBC. While the world's attention is focused on a pandemic and global recession, Russia decided to demonstrate power with the help of spectacular videos of airborne assault on the Franz Josef Land archipelago.

Rob Huebert, a defense expert at the University of Calgary, suggested that this demonstration of opportunities to capture the Arctic island is Russia's clear message to NATO.

Russians are very serious when they say that they have become a power in the Arctic region
- Mr. Hubert believes.
Reporterin Yandex News
Reporterin Yandex Zen
3 comments
Information
Dear reader, to leave comments on the publication, you must sign in.