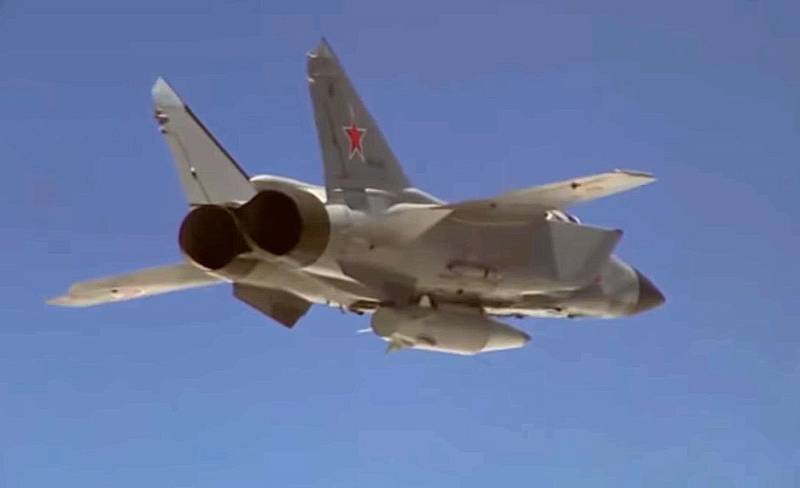 The completion of the fight against the COVID-19 pandemic (in any case, with its first phase), I want to believe, is just around the corner. It’s just very similar to the fact that immediately after it a new struggle will begin - “for peace”. Moreover, it will take place in the key, which was mentioned in the old Soviet proverb: "so that there will be no stone on a stone."


The “disarmament initiatives” put forward today in Washington, in fact, not only do not make the world at least an iota safer - they directly push it to the brink of a new universal, self-destructive war.

In fact, it is to this simple and extremely cynical formula that one can reduce all the “peace proposals” that come from the United States and its NATO allies. As you know, almost the only international treaty that has a serious deterrent effect on the arms race today is the Strategic Arms Reduction Treaty (the so-called START-3), which expires in February 2021. Washington has repeatedly made it clear that they are not eager to renew this agreement, periodically voicing dissatisfaction with its "imperfection." Recently, they decided to specify their own claims to START-3, and at the same time present the rest of the world (primarily Russia and China) with the ultimatum conditions on which the United States may deign to sit at the negotiating table on this issue.

This was done through the lips of Marshall Billingsley, who has recently been appointed Special Representative of the US President for Arms Control. It should be noted that this position on a personal initiative in April of this year was introduced by Donald Trump. Moreover, already in early May, he tried to “push” Billingsley into the Under Secretary of State for arms control and international security. It would seem that the White House has a serious approach to the issue, however, the rhetoric of the newly appointed special representative makes us consider it more likely as the commissioner for the disarmament of everyone and everything in the face of “great America”. What are you talking about? First of all, about the requirements expressed by him to Russia to immediately curtail every single program for the development and implementation of the latest types of domestic weapons, in which the United States is absolutely definitely behind our country, without any real chance of reducing the colossal gap in the near foreseeable future .

“Under the knife”, the Kremlin is instructed to release, first of all, the entire “hypersound”, as well as the “Poseidon” and “Sarmat” which frightened the Pentagon to utter indecentness. The funny thing is that, voicing such claims, more relevant to the utterly defeated state in the war, which agreed to unconditional surrender than to the “equal partner”, with whom they are going to agree on something, Mr. Billingsley also allowed himself to scuffle. Let the tart in the usual American spirit: they say, why are the Russians so expensive weapons? They are poor because of coronavirus and low oil prices! We omit the moment that such stupidities are weighed by a representative of a country in which more than 30 million unemployed have multiplied during the pandemic period, and economy collapsed to the level of the Great Depression - that is, to the brink of complete collapse ...

We emphasize another point: Mr. Special Representative does not set forth his own fantasies - in Washington they are really sure that the Russian military-industrial complex has "laid down" and is today in the deepest decline. These conclusions were recently voiced by the American analytical company Orbital Insights, basing them on “intellectual processing of telephone data received from different partners, which allows tracking large-scale movements of people in near real-time mode”. Interestingly, these “analysts” took up the work of employees of such Russian enterprises related to the defense sector as the Salyut Research and Production Center, Gorbunov Kazan Aircraft Plant, Gidromash, Uralvagonzavod and others. How the company from the USA got access to the data of Russian mobile phones, which are actually stored on Russian servers, is silent. In fact, such actions have a very specific name - "espionage", and usually hide. But this is Russian! What to stand on ceremony with them?

... And we will build strength

Especially remarkable are all these ultimatums of the Special Representative that sound against the background of statements by another high-ranking official of the United States, the head of the Pentagon, Mark Esper. The head of the American military department recently spoke on the topic of “inadmissibility of risk with an arsenal of nuclear deterrence” and warmly assured compatriots that the United States would modernize and build up its own nuclear arsenals “even in the worst recession that could force the country to cut its defense budget.” That is, it turns out this: we will develop the latest weapons, even for the last cents, but you do not dare! At the same time, the same Esper has repeatedly said that the US military is "intensifying work" to master hypersonic weapons. And, judging by the above words, there is not even a question of abandoning such projects. Very interesting…

They sound exactly the same latest ideas NATO Secretary General Jens Stoltenberg, to convey them to the general public not too lazy to embed an article in the German Frankfurter Allgemeine Zeitung. According to him, the main goal of the Alliance is ... the elimination of nuclear weapons as such. "Peace to the world!" And Stoltenberg with pigeon wings ... True, these wings are somehow poorly combined with hawk claws in the form of American hydrogen bombs located in the same Germany, as well as with the rather large atomic arsenals of Great Britain and France, which are also part of the Alliance. However, Mr. General, in his usual manner, to stoop and pretend, he prefers not to notice such “trifles”. But he is terribly worried about the missiles available to Russia, China, the DPRK and, as he puts it, "other states that are not members of NATO." It is they, Sacred Stoltenberg believes, that "make our world unsafe." And if so, the North Atlantic bloc is simply obliged to have a “nuclear club" ready. Well, exclusively for peaceful purposes ...

Such scandalous maxims, generously interspersed with reproaches against Russia regarding the "violation of the INF Treaty" and the "annexation of Crimea" (the paper will endure!), Are in harmony with another portion of the requirements of the above-mentioned Marshall Billingsley. Specifically, the part in which he claims the “meaninglessness” of the hypothetical START-4 without Beijing participating in it. Moreover, this gentleman has the audacity to expose Moscow as yet another indisputable condition in order to “at least think about the continuation of the Treaty”. She, you see, is obliged to "force the Chinese side to participate in this agreement!" “Lead,” you see, at the negotiating table. Well, thanks, at least not “drag” ... How exactly should Russia achieve this, and, most importantly, why is it suddenly obliged to take on the heaviest burden that turned out to be overwhelming for Washington, is completely incomprehensible. How, by the way, and why, then, the Americans can’t drag the French and the British to the same table.

Yes, by the way, and the representatives of Israel, which, apparently, has quietly acquired nuclear weapons for a long time and can very well use them in any of the conflicts tearing the Middle East. This, it turns out, is possible, but to the Chinese comrades - no, no ?! The point here is, of course, the most obvious thing: Washington simply exposes deliberately impracticable conditions for extending START-3 or concluding START-4 so that later, like all the well-known biblical characters, they wash their hands. Even if we try to assume the most absurd absurdity: Putin, Shoigu and all our other leaders will be swept by some collective madness and they will decide to abandon the “Daggers”, “Vanguards”, “Petrels” and all other things, then China will not agree to anything like that circumstances. Especially now.

As far as we know, the PLA is preparing, if not for adoption, then to conduct military tests of the stealth Xian H-2020 bomber in 20. Thus, the Celestial Empire will complete the creation of a full-fledged "nuclear triad" that is not inferior to the United States and Russia. In recent years, the country has invested enormous amounts of money in strengthening its own defense capabilities, desperately trying to “reach out” to other world powers that are militarily leaders, and it seems to have succeeded. At the same time, the Chinese comrades many times have absolutely categorically declared: they will not enter into any negotiations, nor will they participate in any “containment” and “restriction”.

Firstly, because they do not believe that their nuclear forces have reached a level comparable to the American and Russian ones, and therefore, there is simply no subject for discussion. And secondly, they simply don’t want to ... Moreover, it is precisely at the moment that Beijing, as never before, is not in the mood for peace. What negotiations on disarmament, if the local intelligence, which is part of the Ministry of State Security, is bombarding the Central Committee and the government with reports from which it follows that preparations must be made just for the war! And it is with the United States, which, in the opinion of comrades from the intelligence of the Celestial Empire, "are at the head of the emerging anti-Chinese front in the world," whose destructive actions are very likely to "develop into an armed conflict." And against this background, Mr. Billingsley suggests that Russia “force Beijing to negotiate” ?!

How would you feel about a person who is “unobtrusively” inviting you to give him away or throw away your own means of self-defense “for general security” and at the same time with something impudent smile playing in your hands with something undoubtedly gunshot? How would his intentions regarding your property, life and health, as well as honor and dignity, be regarded? That's it ... Today's "negotiation" rhetoric of the USA and NATO, broadcast at the level of their highest official representatives, testifies precisely to such intentions - vile, treacherous and undoubtedly nothing good for Russia and China that do not promise.

Faced with the obvious impossibility of catching up with our country in the field of introducing advanced weapons or breaking the Celestial Empire by means of economic sanction pressure, Washington, most likely, is beginning to lean toward the last possibility - the military. The armed confrontation of the United States with either Russia or China, or even with both of them, this will automatically mean the Third World War. But just before unleashing it, Washington requires potential adversaries to “voluntarily disarm”. Famously invented ... Apparently, they did not get rid of the habit of keeping gullible fools of all the other inhabitants of the Earth in the United States.
Ctrl Enter
Noticed oshЫbku Highlight text and press. Ctrl + Enter
We are
Ukraine from the inside: traitors, curators and those who watch from the Kremlin
Ten "defeats" of Putin
Reporterin Yandex News
Read Reporterin Google News
13 comments
Information
Dear reader, to leave comments on the publication, you must sign in.