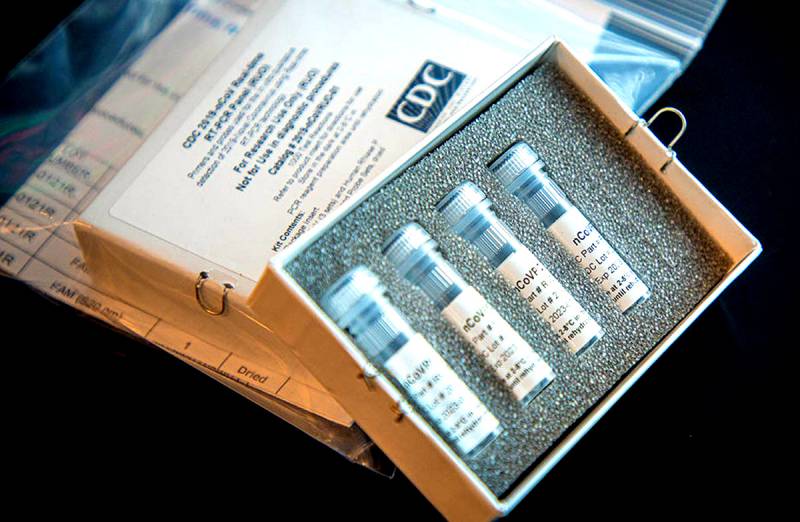 Messages from Washington eloquently indicate that representatives of the highest circles of power of the United States, despite the colossal losses suffered by this country from the coronavirus pandemic (and quite possibly, in order to compensate for the "moral damage" from these losses), continue to carry forth openly militaristic plans .


At the same time, more and more information is leaking into open sources, on the basis of which it can be concluded that the fatal disease that hit humanity can be considered by Americans as a potential “superweapon” for new conflicts that can be unleashed on their initiative .

“Opportunities are being explored ...”

I’ll make a reservation right away - when considering this topic, I by no means intend to use any conspiracy theories and promise to base my conclusions solely on publicly available media materials (primarily American ones) and official reports. Here, first of all, it is worth paying attention to the publication in Politico, the authors of which, referring to certain "sources in the country's defense", openly say that "US intelligence agencies have begun to study the potential of using coronavirus as a weapon, in particular, against high-level goals, and the Department of Defense has recently begun to pay very close attention to the study of this issue. ” All this, of course, is served under the "sauce" of the aspirations of the military and intelligence "to protect the United States from the possible use of COVID-19 by unfriendly forces as biological weapons." However, the statement quoted by Andy Weber, who was an assistant to the US Secretary of Defense for nuclear, chemical and biological defense programs during the administration of Barack Obama, is quite characteristic. This expert directly points out that “truly” as a powerful biological weapon, coronavirus and similar pathogens, but already “with enhanced combat characteristics,” can be used only by “states with developed biological weapons programs”, and not by some "Non-advanced" terrorist groups. And what state on the planet is “pioneer” and “flagship” in the field of developing all kinds of deadly infections? Whose military bio-laboratories are being discovered one after another all over the world, and at the same time, by some strange “accident” - as a rule, in the closest proximity to Russia's borders?

The attack of COVID-19 made on the American authorities, and, first of all, the military elite, a completely indelible impression. There are more than good reasons for this. If we talk about casualties, the coronavirus pandemic, from which more than 10 thousand people have already died in the United States at the moment (May 2020, 80), has cost the United States more than any of the major military conflicts of the twentieth century in which they participated except World War II. Judge for yourself: about 53 and a half thousand Americans died in World War I, about 33.7 thousand in Korea, and less than 47.5 thousand in Vietnam. Adventures in Iraq and Afghanistan (with their own less than 4 and less than 2 thousand killed, respectively, according to official statistics), as they say, were not around. I will make a reservation that I cited the figures of exclusively combat losses occurring in the reports of the Pentagon under the “killed in action” column, but all the same, you must agree, it’s impressive. Moreover, it is far from a fact that the death rate will not reach a terrifying figure comparable to the number of Americans who did not return from the fields of World War II - 291.5 thousand people. According to the estimates of the so-called “White House COVID-19 Task Force”, the disease can take lives from 160 to 240 thousand people. How likely is this scenario, we can judge from the fact that the figure of 80 thousand dead analysts of this group predicted the United States in August this year ... The terrible damage that the pandemic caused the economy The United States (as, indeed, the vast majority of other countries of the world) is not necessary. In this regard, the coronavirus is really an “absolute weapon”, something like the neutron bomb developed at the time by the same Americans, which destroys people but leaves material values ​​intact, just the opposite. This insidious infection is capable of destroying the economy, finances, and transport of any state without even mowing the majority of its population.

This conclusion was made in early April by experts whose statements formed the basis for the publication of another very authoritative American publication - the Washington Post. In particular, former Assistant Secretary of Defense Derek Chollet says the pandemic will force the United States to “fix a lot and prepare well,” especially in the military field. As an example of such training, which is already being planned at the strategic, systemic level, we can cite the US Navy’s announcement, in particular, by Pentagon President Mike Esper, that the aircraft carriers, as well as destroyers and cruisers, which have been its beauty and pride for decades, have been fully or partially unmanned warships. The use of carrier strike groups since the second half of the last century has been the cornerstone of not only the military, but, in fact, the geopolitical doctrine of the United States. However, the sad story of USS Theodore Roosevelt seems to put an end to it. The most unpleasant thing for the US naval command in this case is that there, in fact, to this day they cannot give an answer to the question: how did COVID-19 "get" on board the aircraft carrier, turning it into a completely unsuitable floating infirmary? At first, the dominant version was the assumption that the sailors who went ashore in one of the ports of Vietnam brought the infection. However, she did not find her confirmation, and now the sailors are blaming everything on deck pilots who “constantly flew flights to replenish supplies” - that’s what brought the coronavirus “on the tail”. One way or another, but the story is dark, but very specifically demonstrating the critical vulnerability of American ACGs to threats like the current one. Hence the plans of Esper and his subordinates.

Moreover, experts in the field of armaments quoted by the Washington Post almost unanimously assert: the Pentagon’s “post-coronavirus” budget is likely to make a sharp turn in the direction of developing not only warships that can’t infect crews, but also autonomous aircraft, and other various military systems that no pandemic can disable due to their lack of live support staff. Can we consider trends such as an indication that it is COVID-19 or something like it that the United States intends to use against a “potential adversary”? Why not. There is, by the way, another very intriguing detail: as it became known, the US armed forces are now and forever closed to anyone who has had a coronavirus. First, the relevant order, addressed to all 65 recruiting points located on the territory of the country by the US Armed Forces Military Recruitment Processing Command (MEPCOM), was distributed in American social networks and was perceived by many as a fake or a bad joke. However, after some time, the Pentagon spokeswoman Jessica Maxwell confirmed: indeed, any potential recruit who has transferred COVID-19 is “disqualified” as a candidate for military service for life. Moreover, regardless of how difficult or even asymptomatic he suffered this disease. This is the final and non-appealable decision made at the very “top”, and its reasons and motivation in the MEPCOM refused to comment outright. Note that this initiative is categorically contrary to the global trend, according to which just having recovered COVID-19 is potentially considered as the safest for the environment and almost privileged part of the world's population, which can be allowed literally to any work. There is a feeling that the Pentagon either knows about the coronavirus much more than others, but they prefer to keep quiet, or they still have some plans for it.

In fact, the most unpleasant in this context are two points. Firstly, in the United States, something was very suspiciously preoccupied with the prospects of “tuning COVID-19 not to a specific ethnic group or race, but to the genetic structure of a particular person.” Such an opportunity, discussed in all seriousness, the American publication The Atlantic devoted an article with a more than eloquent title: “Hacking the Presidential DNA Code”. It is entirely possible if all this is not idle pseudoscientific nonsense, a new weapon may appear in the arsenal of the CIA and other US intelligence agencies to conduct covert special operations to eliminate objectionable leaders. Who can be on the list and what consequences can such cannibalistic experiments lead? The question remains open. The second point lies completely not in the plane of hypothetical and partly fantastic assumptions and ideas, but in the practical field itself. The global pandemic has perfectly shown how an outbreak of a viral infection can turn any state in whose territory it occurred into a "plague" territory, from which not only the nearest neighbors, but the whole world will try to isolate themselves with the maximum number of cordons and restrictions. What is not the ideal embodiment of the thesis about “rogue countries” so dear to many in Washington? It is enough to ensure the distribution in the dare of the news does not meet the "national interests" of the United States policies a country of serious illness and attend to a sufficiently wide coverage of this issue in the world media - and no sanctions will be needed! The panic and horror generated by the coronavirus and the horror of the spread of the infection, from which humanity will now be cured very, very soon, will provide total isolation much more reliable than any verdicts of the State Department or the Ministry of Finance of the United States.

It is possible that the US military interest in COVID-19 is of such a nature that reflects the desire to develop and implement new strategic doctrines rather than a specific virus. In any case, as practice shows, they do not intend to abandon the role of a "hegemon", dictating and imposing their own will on everyone on the planet. And if so, then the "world gendarme" can not do without a reliable club. So why shouldn't she be viral ?!
Ctrl Enter
Noticed oshЫbku Highlight text and press. Ctrl + Enter
We are
Ukraine from the inside: traitors, curators and those who watch from the Kremlin
Ten "defeats" of Putin
Reporterin Yandex News
Read Reporterin Google News
10 comments
Information
Dear reader, to leave comments on the publication, you must sign in.