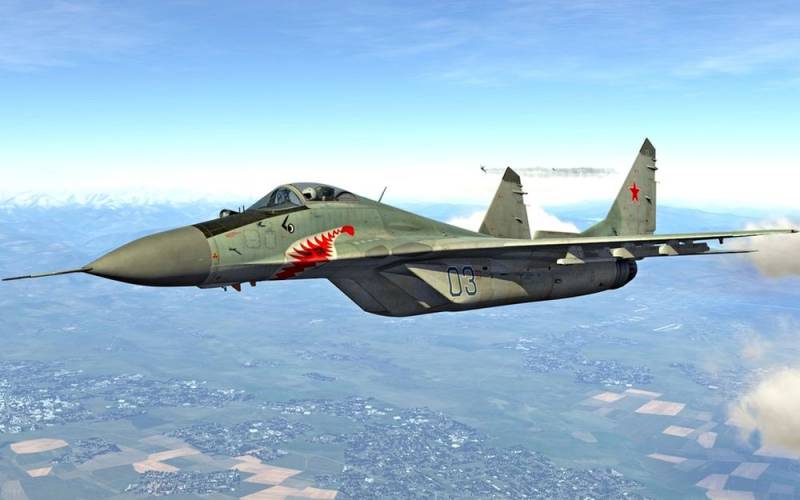 To train Soviet pilots to fight American F-15 fighters, a special squadron on the MiG-29 was created as part of the USSR Air Force, which was located at the 1521st air base. About this writes the American edition of Military Watch.


In 1976, the US Air Force entered service with all-weather fourth-generation fighter F-15 Eagle ("Eagle"), designed to gain superiority in the air. They proved their effectiveness in 1982, when the Israeli Air Force neutralized the Syrian MiG-23 and MiG-21 fighters. Soviet aircraft were much lighter than the American F-15s and did not have comparable air-to-air missiles, which gave Israel an advantage. In terms of combat capabilities, the F-15 remained unsurpassed among fighters of the Air Forces of the West until 2005, until the F-22 Raptor entered service.

In response to the threat posed by the F-15, the USSR began developing a new generation of heavy fighters. In the first half of the 80s, three fighter jets — the Su-27, MiG-31, and MiG-25PD (the upgraded MiG-25) —were immediately armed with the USSR. They had a number of advantages over the F-15.

Despite the fact that the USSR already possessed a class of specialized heavy jet aircraft capable of handling the F-15, Moscow decided to take additional precautions to protect its fleet. The main threats came from 700 F-15 US Air Force and 200 F-15 Japan Air Force deployed near the Russian Far East. So there was a squadron of Soviet "aggressors", where military pilots flew on the fourth-generation fighter MiG-29, painted under American planes, to simulate the F-15 in a training battle. This allowed other units to gain experience with the F-15 and to develop suitable tactics.

This very accurately reflected what the US Air Force itself was doing at that time, using Soviet aircraft, such as the MiG-23 and MiG-21, purchased from states such as Egypt and Indonesia, for similar training for pilots. And when the parties did not have the opportunity to get the aircraft of a potential enemy, they used planes with similar capabilities. The MiG-29 was much more maneuverable than the F-15, it climbed faster, but flew a little slower and lower. That is, the MiG-29 was suitable for simulating the F-15.

The training of the "aggressors" was carried out at the 1521st air base, where pilots usually flew two sorties per day against their "enemy". The drawings on the fighters made it possible to visually distinguish the "aggressor", because often the training was conducted on the MiG-29 from both sides.
Ctrl Enter
Noticed oshЫbku Highlight text and press. Ctrl + Enter
Reporterin Yandex News
Reporterin Yandex Zen
2 comments
Information
Dear reader, to leave comments on the publication, you must sign in.