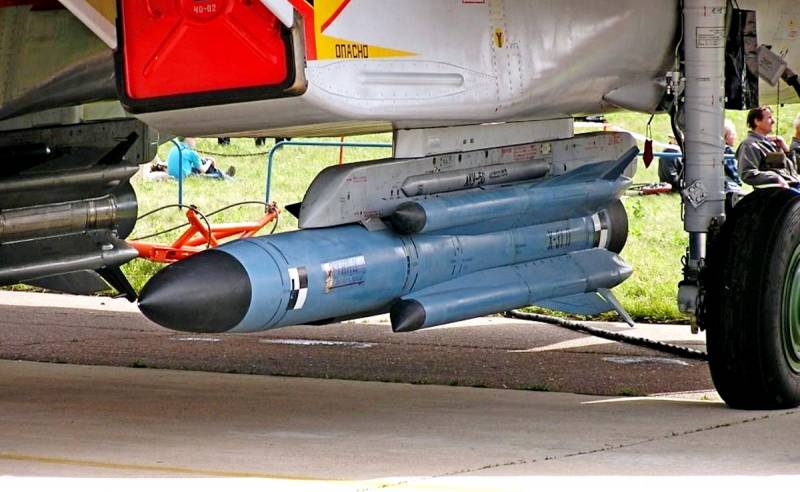 In the 90s, former geopolitical opponents - Russia and the United States - were noted in cooperation in the field of missile of technologies. About this writes the American magazine The Drive.


Back in the 90s of the last century, the US Navy decided to purchase a batch of Russian-made X-31 anti-ship missiles to simulate the actions of a potential adversary in the use of air-to-surface missiles. It was not so easy to create their own "surrogates" of such weapons, so the Americans decided to buy ready-made solutions from Russia.

The Kh-31 missiles began to be developed back in the late 1970s in the USSR. In 1995, McDonnell Douglas entered into a contract for the delivery of modified anti-ship missiles X-31A as part of a comparative test of foreign technology (FCT) to find out if they can satisfy the requirements of the Navy in terms of hitting a target at supersonic speed. 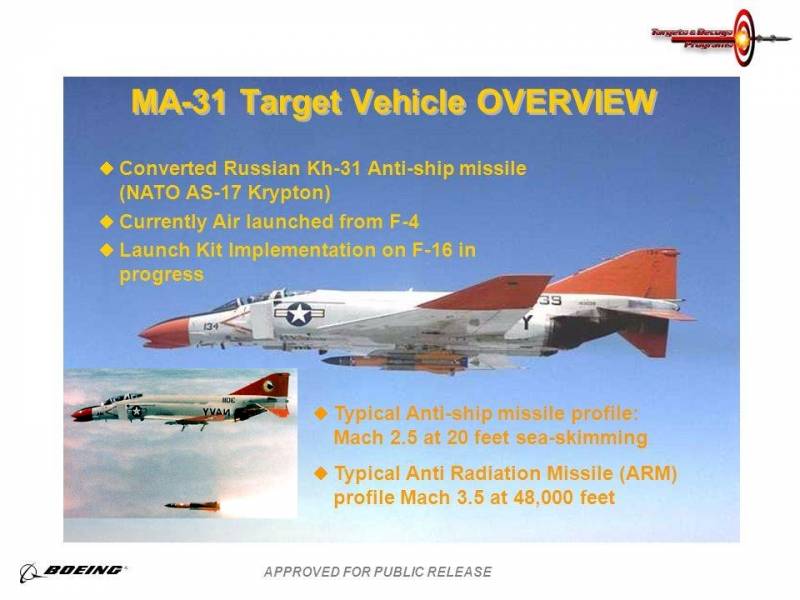 Based on the Soviet product, later, in cooperation with Russian manufacturers, an American analogue was designed - the MA-31, which had a remote guidance system (URAP), a tracking beacon, telemetry equipment and other improvements. In 2004, Boeing, which had absorbed McDonnell Douglas back in 1997, developed an improved version of the MA-31 - the MA-31G, equipped with a GMS guidance system.

In the early 2000s, the Russian authorities considered such cooperation with the Americans a threat to national security and curtailed the program.
Ctrl Enter
Noticed oshЫbku Highlight text and press. Ctrl + Enter
We are
American secret "bullet plane" first flew into the air
The Celera 500L super-economical aircraft prepares for testing in the USA
Reporterin Yandex News
Read Reporterin Google News
2 comments
Information
Dear reader, to leave comments on the publication, you must sign in.