To create a threat: “Marshal Ustinov” was sent to the Anglo-Saxon ships in the Barents Sea 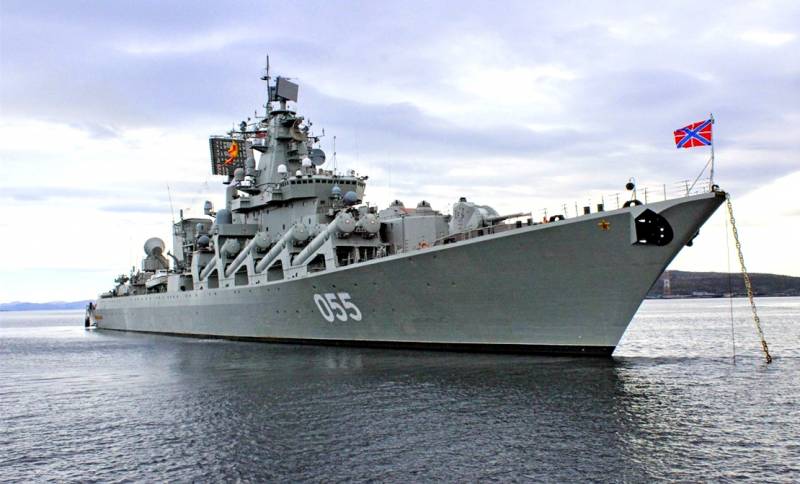 Despite the coronavirus pandemic, due to which the United States has already lost more people than during the Vietnam War, Washington finds time to show the whole world who is still the “hegemon”. Arly Burke-class American destroyers and the British missile frigate that joined them headed for the Barents Sea.


The US Navy command does not even hide that their ultimate goal is the Arctic. How will Russia be able to answer this challenge?

To understand the importance of the issue, it should be pointed out that the Barents Sea is our “backyard”, which opens the gate to the Arctic Ocean. Yes, there are also the national interests of Norway, a member of NATO, but this only increases the importance of the issue for Russia. Our most powerful Northern Fleet is based here. On Novaya Zemlya and Franz Josef Land, the most important military infrastructure is located that ensures the country's security: radars, sonars, observation posts, bases. In addition, it is also a sea trade gate to Asia: from here begins the Northern Sea Route, whose significance for the world economics growing from year to year as the polar ice melts.

In general, the importance of the Barents Sea as a key to the Arctic can hardly be overestimated. In the past few years, the United States has become very worried that Russia has de facto "privatized" the Arctic region, taking advantage of its unique territorial position and the world's most developed icebreaking fleet. Washington requires Moscow to respect freedom of navigation along the Northern Sea Route. The Pentagon gave the go-ahead for the construction of a series of modern icebreakers, without which American ships risk simply being wiped out and inglorious to cease to exist.

The US Navy, in turn, aims to gain experience in operations in the Far North. The NATO command in Europe, providing the next exercise, commented on the approach of three destroyers and a frigate with escort to the Barents Sea:

NATO’s aerial surveillance and control system, as well as Allied fighters, have shown decisiveness, vigilance and commitment to action, including in the Arctic.

It should be noted that the Norwegians, for whom the Barents Sea is objectively a sphere of national interests, evaded participation in these maneuvers. Despite this, even the four warships of the Anglo-Saxons are quite impressive force. The Arly Burke destroyers each have 90 subdecks each carrying Tomahawk cruise missiles, Standard-2 long-range anti-aircraft missiles, ESSM short-range anti-aircraft missiles, SM-3 airborne interception missiles, and ASROC-VL missile torpedoes. Ships are protected from enemy attacks by the Aegis (Aegis) defense system.

In the Barents Sea there are now three such destroyers, plus the British frigate "Kent" and somewhere in theory 1-2 submarines are hiding. The strength is quite impressive. It is clear that they sent this compound there not in order to fight with the Russians, but for reconnaissance, to demonstrate the flag and to develop skills in the conditions of the Far North. Moreover, the Anglo-Saxons decided to get there not in the winter, but in the warm of May. There is little pleasant and it is clear that this is a challenge that cannot be postponed without an answer.

Currently, in the Barents Sea, the Northern Fleet conducts exercises of a diverse flotilla with the participation of three small anti-submarine ships of Project 1124M Albatros and aviation. The Ministry of Defense of the Russian Federation reported:

The group began conducting a tactical test on the search and destruction of a submarine of a conditional enemy. The exercise is being worked out in cooperation with IL-38 anti-submarine aircraft.
It is clear that their goal is to show the potential enemy that his submarines will be found and destroyed if necessary. In order to mark a threat to NATO surface ships, the most powerful non-nuclear ship of the Northern Fleet - the cruiser of the Marshal Ustinov project 1164, entered the maneuver zone. It is believed that this is the younger brother of the Orlan project and an analogue of the American Ticonderoga class cruiser. If necessary, the missile weapons of a Russian ship can send even such a protected surface target as an aircraft carrier to the bottom.

In general, it can be stated that the rapid militarization of the Far North and the buildup of military tension in the Arctic begin. This visit will clearly not be the last.
Reporterin Yandex News
Reporterin Yandex Zen
8 comments
Information
Dear reader, to leave comments on the publication, you must sign in.