On the verge of intervention: Why Haftaru should not be delayed with the capture of Tripoli 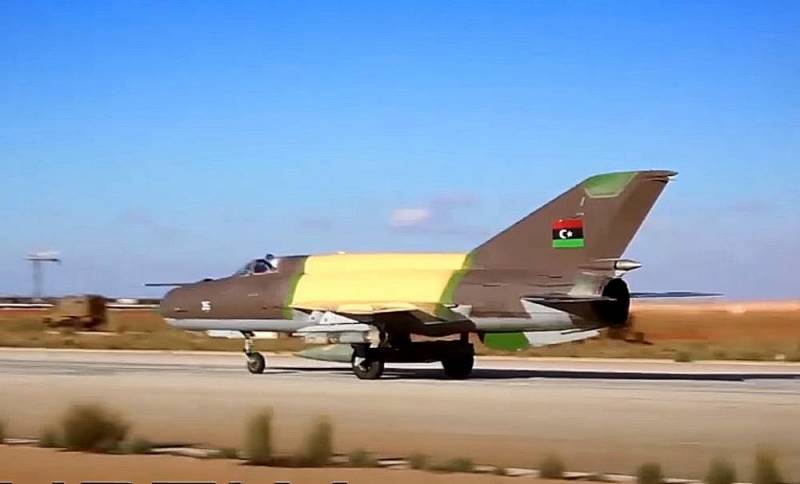 Recently, the United Nations has not only begun to show increased interest in the armed conflict in Libya, but has taken a very clear and concrete position aimed at the unconditional support of one of its parties. Moreover, the plenipotentiaries of this international organization amicably joined the chorus of those who accuse Russia of interfering in the affairs of the country, while preferring “not to notice” the completely obvious actions of Turkey, which, in fact, are military intervention in the territory of a sovereign state.


What can such actions mean and for what purpose are they being taken?

To begin with, we will determine what exactly is being discussed. First of all, an example is the statement by the official representative of the UN Secretary General Stefan Dujarrik, who stated that his organization as the legitimate authority of Libya would recognize the Government of National Accord, which was solely settled in Tripoli, headed by Fayez Saraj, who had recently completely turned into the puppet of Ankara . These words were a response to the corresponding statement by the head of the Libyan National Army Khalifa Haftar, who declared non-recognition and denunciation of the so-called Sykhrat Accords, legitimizing the PNS and proclaiming himself the supreme ruler of the country on the basis of, as he put it, a “people's mandate”, which implies unconditional support the vast majority of the population of Libya.

The UN, however, is confident that “the only internationally recognized form of government in Libya may be the bodies and institutions formed as a result of political agreements reached in Sihrat ", and any changes in this state should" be achieved as a result of democratic processes, not military action. " This declaration sounds quite decent and well-meaning, but its true meaning is far from beautiful words. As a matter of fact, the only culprit of the bloody war being waged in the country is a priori recognized exactly Haftar, and not the "government" entrenched in the capital, relying not on the will of the people, but on the Turkish bayonets. This is what the office of the UN Special Representative for Libya emphasizes, clearly indicating that during the first three months of 2020 in Libya, 64 civilians were killed and 67 were injured precisely "due to the fault of illegal armed groups controlled by Khalifa Haftar." Presumably, they don't shoot or bomb from the opposite side ...

In fact, the situation is exactly the opposite. It was from the field marshal that the initiative came to establish a truce in the country for the whole month of Ramadan, which is sacred for Muslims. This was actually his first decision after the announcement of his status as "supreme ruler." The fighting was really stopped for a while. However, already on April 30, the PNS announced that it "rejects the false truce of Haftar," because "real reconciliation is possible only under the auspices of the UN and other international organizations." This was followed by the application of at least 5 missile and bomb attacks on the air base of Al-Vatiya, located southwest of Tripoli and which is one of the main points of the LNA. So who is responsible for the deaths of the Libyans? The UN was once again struck by a very strange “blindness” ... Worst of all, that continuing to attack Haftar and his supporters, this organization has for some time been repeating fabrications aimed at accusing our country of direct participation in this war.

So, one of these days very authoritative world mass media - such as AP and Bloomberg agencies, undertook to replicate a certain “report of the UN experts” dedicated to this “burning” issue. According to another version, we are talking about "the findings of independent observers submitted to the UN Security Council Sanctions Committee on Libya." However, it doesn’t matter - the main thing is that the link also goes to the United Nations. It is alleged that "since October 2018, a group of militants of PMC" Wagner "in the amount of 800 to 1200 people have been present in Libya." The indicated persons not only “provide LNA technical assistance in servicing sophisticated military equipment, primarily aviation, ”but also“ take a personal part in hostilities and conducting influence operations ”. In particular, "a unit of 39 Russian fighters provides the Haftar army with sniper support." The Wagnerites also perform the duties of “advanced artillery observers and aircraft gunners.”

Where did such accurate and detailed data come from (in the notorious “report” even “the sum of the salaries of mercenaries” is indicated with an accuracy of hundreds of dollars)? You will be surprised - but the experts who have heaped up all this heap of “horror stories” and accusations honestly admit that they have no real evidence of their own fabrications! From the word “completely” ... “The stated data cannot be confirmed by independent sources, they are the result of the analysis of messages from open sources and limited observations” - this is how this recognition literally sounds. Translating into "human language" their sensational report, these were either "experts" or "observers" concocted, apparently without leaving their hotel room in Tripoli, collecting idle gossip on the Internet and inventing what God would put into his soul. If anything was observed at the same time, it could only be a decrease in beer level in a glass ...

Nevertheless, the Western media already enthusiastically picked up the topic and began to exaggerate it, despite the far from even “second freshness”. Yes, yes - in fact, the “UN report” (if one exists at all in nature) is simply a “rehash” of those information “stuffing” that, with persistence and tenacity worthy of better use, has been made and is being done by the propaganda machine of the West. Let's remember - the “Wagner mercenaries in Libya” The Telegraph trumpeted a year ago. The New York Times preoccupied with the same issue last November. True, the local journalists had a more modest fantasy - they limited themselves to inventions about “two hundred militants”. Now, as we see, they decided not to trifle and “added” another thousand to this unimpressive amount. However, it’s not by accident or for the sake of a word that I mentioned the “propaganda machine” - it seems that the “independent” and “objective” media of the same USA diligently, like well-trained parrots, repeat the “right” things voiced by high-ranking officials in Washington, which are ordered to be considered the ultimate truth.

Let's remember: the US State Department at the end of November last year addressed Russia with accusations of "destabilizing the situation in Libya." It was not some petty clerk who voiced these absurd claims, but the US Assistant Secretary of State for Middle East Affairs, David Schenker, peremptorily declaring the presence in this country of a “significant number” of not only “Wagner PMC fighters”, but also “Russian regular army personnel, supporting LNA. ” A month later, at the end of December, the State Department repeated the same nonsense, saying it was "deeply concerned" that "the Libyan conflict is becoming increasingly fierce due to the increase in the number of Russian mercenaries fighting for Haftar." The true causes of this “concern” are quite understandable and have long been voiced in the same American press.

In particular, The New York Times published a very solid article three weeks ago, the author of which lamented that "the White House blessed the war in Libya, and Russia will win." It, in particular, quotes the words of the US Ambassador to Tripoli Richard Norland, who believes that "the Russians in this country have the maximum gain with the minimum risk." But Business Insider is even more categorical in its conclusions and forecasts. Its authors are confident that “by supporting Field Marshal Haftar, Russia will receive a number of significant economic and geopolitical advantages - not only in Libya itself, but in the Middle East as a whole. " But the "withdrawal" of the United States from there, according to the publication, will lead to the loss of their positions in this region, where the "main player" will be Moscow, "sending tons of weapons to Haftar, and thousands of mercenaries" ... Today it is difficult to determine exactly who for whom he repeats - whether the journalists for the State Department, or the State Department for the journalists, but one thing is clear: the United States is extremely concerned about the prospect of getting a "second Syria" and intend to prevent anything of the kind.

Some time ago, the Americans, in their “sweet” habit of raking in the heat of others, if possible, while pushing together the foreheads of several states that bring them a “headache”, they hoped that the Turks would do all the dirty work for them in Libya. However, despite Erdogan’s boastful statements and Ankara’s very real actions aimed at open military support of the PNS and the Haftar’s army, the “proud descendants of the Janissaries” could not be controlled. Obviously, this is precisely why Washington decided to "go from another flank." Recently, increasingly loud and absurd accusations against Khalifa Haftar, voiced by Tripoli officials, have begun to multiply.

FNC Interior Minister Fathi Bashaga invariably acts as a speaker, who made a “textbook” statement last month on “the use of chemical weapons by WNA (and“ Wagner's mercenaries ”, of course!).” Recently, he also voiced an even more intriguing "plot" - about how Field Marshal Haftar "together with the Assad regime sell drugs." What else will come up in Tripoli is hard to imagine. And one could only laugh at these wretched attempts to defame one’s own opponent at all costs, if this information campaign did not look like preparing “world public opinion” for a new foreign intervention in this long-suffering country. And if this assumption, God forbid, is true, then the "connection" to the UN case becomes clear. There, apparently, they clearly learned the lesson given by the White House to the "wrong" side of WHO, and now they will be ready to wave the resolution approving any "peacekeeping operation", as it was in the not-so-distant 2011.

Knowing full well that these are somewhat different times, and Russia is unlikely to stand aside, the United States is "insuring", initially turning our country not only into a direct participant in the Libyan conflict, but almost its main culprit. They make it clear that this time they can also “bomb us a bit” so that they don’t climb, where they don’t ask ?! In any case, Field Marshal Haftar and the Libyan National Army headed by him should probably not drag out too much the solution of the issue with opponents from Tripoli. So far, they really have not attracted “international organizations” with aircraft carriers, bombers and cruise missiles to their side.
Reporterin Yandex News
Reporterin Yandex Zen
9 comments
Information
Dear reader, to leave comments on the publication, you must sign in.