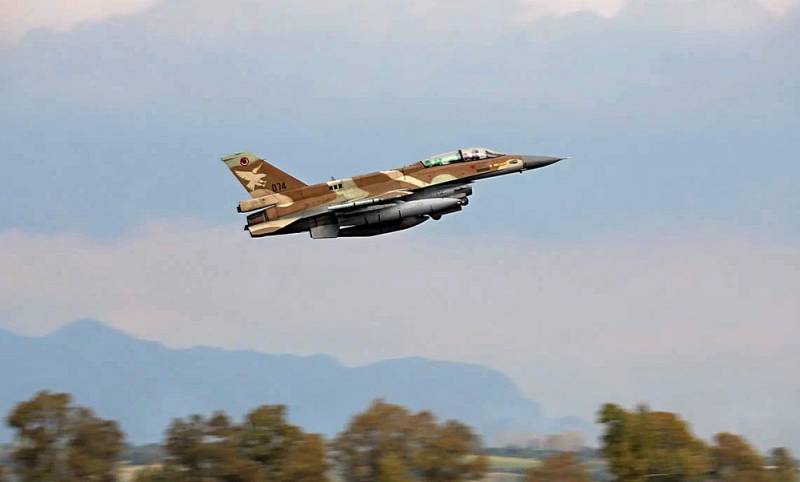 The situation in Syria is starting to heat up again. Having barely reached a ceasefire with Turkey, Russia can now run into a direct conflict already with Israel. Maneuvering between Tel Aviv and Tehran, the Kremlin, apparently, chose the latter.


What could turn out for our country a decision to take Iranians under its wing in the distant Syrian desert?

As you know, in the Middle East there are two irreconcilable enemies, Iran and Israel, relations between which balance on the brink of war. Why in the very heart of the "Arab world" the Jewish and Persian states were conflicting parties, the question is old and multifaceted. Complicating the situation is that the United States stands on the side of Tel Aviv, and Tehran in its expansionist policy for many years supported by Damascus. Syria was forced to become a territory of opposition of dangerous external players.

Iran is interested in strengthening its military presence in the SAR. According to reports, the Islamic Republic plans to reach the Mediterranean Sea by rail through Iranian and Syrian territories. Last year, it became known that the port of Latakia was transferred to the management of Iranian managers. It was also reported that in the future, the naval object of Iran may appear in the Syrian port of Banias. By the way, it is very close to the Russian bases in Tartus and Hmeimim.

Needless to say, this can dramatically destabilize the situation in the Middle East. Tel Aviv, not hiding, set out to squeeze out the Iranian presence in the SAR. Israeli aviation has been bombing Iran’s military infrastructure in Syria with impunity for years. During one of these attacks, a few years ago, an IL-20 plane with Russian troops on board was shot down, all of them died. To prevent such incidents, the Kremlin later transferred the S-300 air defense system to help an ally.

True, while they continue to remain inactive. Political scientists and military experts are inclined to believe that the passivity of air defense systems is associated with Moscow’s reluctance to directly contact Tel Aviv. Yes, Russia is a nuclear power, but a war with Israel with conventional weapons in such a remote theater of operations today will be an extremely unfortunate idea. Most importantly, there simply wasn’t much point in such a clash: the Kremlin allowed the Israelis and Iranians to sort things out on their own.

But, apparently, now something has changed. Recently, the IDF began to launch air strikes not only along the occupied Golan Heights, but also in the center, and even in the north of Syria - the city of Aleppo. Missile strikes destroyed Iranian military depots. Observers drew attention to the fact that Israeli aircraft this time flew through Jordan and Iraq, wisely flying around the province of Hama, where the S-300 air defense missile systems are deployed. Pretty desperate step. It will not be possible to enter from the south, as, incidentally, also from the West: in both cases, enemy aircraft will be immediately discovered by means of control both in Russia and in Syria itself. The length of the route through the airspace of Jordan, Iraq and further through the Syrian desert to Aleppo and vice versa exceeds the maximum possible combat radius of the main strike aircraft of the Israeli Air Force F-16. It turns out that you can’t do without fuel refueling, and this is already a very large-scale air operation, which will result in millions of dollars of expenses. 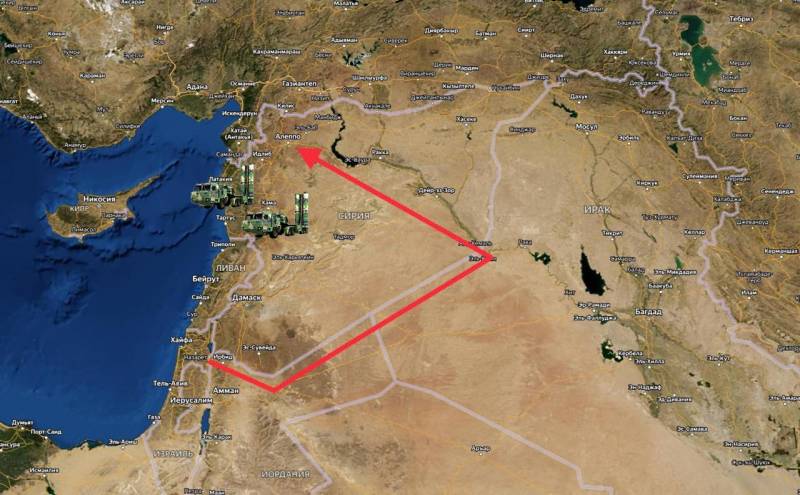 Along with this, it is reported that the Kremlin provided Tehran with the opportunity to use the Russian Khmeimim air base for its needs. Cargo transshipment of Iranian weapons has already begun through a military airfield. One has to wonder - why was this done?

If you call a spade a spade, this is a direct challenge to Israel, which promised to mercilessly bomb Tehran’s military facilities in the SAR. Russian tactics imply that the IDF’s Air Force will not dare to launch airstrikes on Khmeimim. Thus, Moscow expects to save both Iranian military cargo and the lives of the Iranian military themselves. This is probably the case, and Tel Aviv will try to avoid a direct confrontation. But the consequences will still be.

It is no secret that one of the reasons for the recent Syrian army offensive in Idlib was the continuous attacks of drones, with which militants attacked Khmeimim with impunity. The air defense system of the air base was constantly in operation, firing literally “from guns at sparrows”. As you know, Israel is one of the world leaders in the production of UAVs. It can be assumed that now the Russian military will be forced to face the “gloomy genius” of Israeli military thought.
Reporterin Yandex News
Reporterin Yandex Zen
124 comments
Information
Dear reader, to leave comments on the publication, you must sign in.