What will end Lithuania's last attempt to ban BelAES 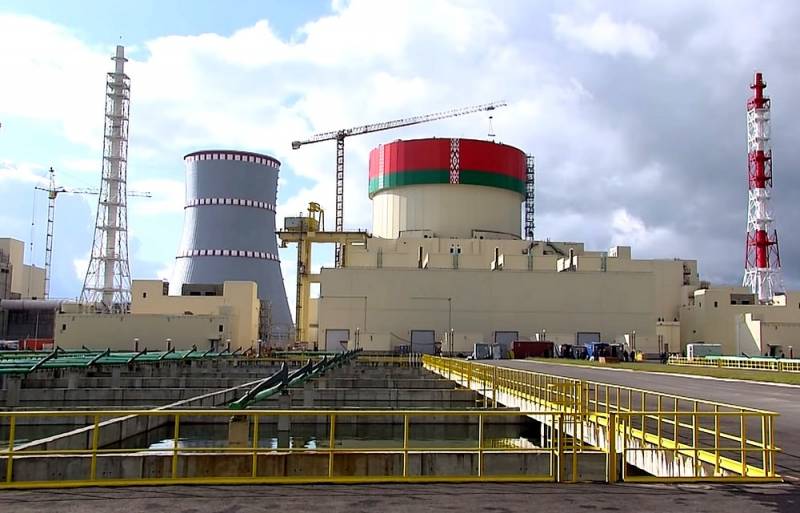 Next month, according to the schedule, BelAES should begin its work in a test mode. The day before in Minsk they said that the first nuclear fuel was delivered to the station. This message caused real hysteria in Vilnius. Lithuanian parliamentarians ran to complain to the US State Department and demand EU imposition of sanctions against Rosatom and other construction contractors.


Will the West succeed in stopping this energy project at the finish line, and will Vilnius’s last desperate “attack” at the nuclear power plant come out on its side?

A nuclear plant should produce 2400 MW of power. The first unit will be launched in June, the second - next year. According to the idea of ​​Minsk, the nuclear power plant was to not only meet the internal needs of Belarus, but also to ensure the export of electricity to the Baltic states and other countries of Eastern Europe. Unfortunately, the implementation of an ambitious joint project has encountered a number of difficulties.

At first, Lithuania rose to his death, which was frightened by the proximity of the nuclear power plant. The station is located just 50 kilometers from the capital. No guarantees from developers and IAEA expertise can reassure official Vilnius, which is actively and consistently setting its neighbors against BelNPP. In Lithuania itself, the purchase of Belarusian electricity is directly prohibited.

Secondly, a serious obstacle to the implementation of the plans of Minsk may be the decision of the three Baltic countries to leave the energy ring BRELL. Now this infrastructure provides the flow of electricity between Russia, Belarus and the former Soviet republics. Disconnecting from the energy ring requires large investments and will entail an increase in tariffs for consumers, which is why the process is constantly delayed.

The situation with coronavirus has made significant adjustments. Due to quarantine in the EU countries, a recession is expected: by the end of the year, GDP may fall by 7,4%. Virtually all business entities, without exception, were affected. The EU budget will be radically revised, and not the fact that there is enough money for the construction of energy infrastructure for the Baltic states. This means that the exit from the BRELL energy ring may again be delayed, and the demand for cheap electricity will increase.

Despite the efforts of Vilnius, neighboring Latvia and Estonia turned out to be more practical and declared their readiness to buy Belarusian electricity. In an economic downturn, this is more than reasonable, since a further increase in tariffs will cause serious discontent among the population. For Brussels, imposing sanctions against nuclear power plants is also impractical, since the question will arise next to the Paks-2 nuclear power plant, which is being built in Hungary. In addition, Rosatom is one of the candidates for participation in expanding the capacity of the Czech power station. Will European officials want to have a showdown with the wayward Budapest and Prague, when the future of the EU is already a bit foggy?

For its part, Vilnius may find some support from the US, which recently announced the “Crusade” against Russian and Chinese nuclear energy. But, being used by the Americans, Lithuania risks being the most “extreme”. For example, Minsk is able to punish a neighboring country for excessively and not aggressively policiesby transferring transit to Russia.
Reporterin Yandex News
Reporterin Yandex Zen
4 comments
Information
Dear reader, to leave comments on the publication, you must sign in.