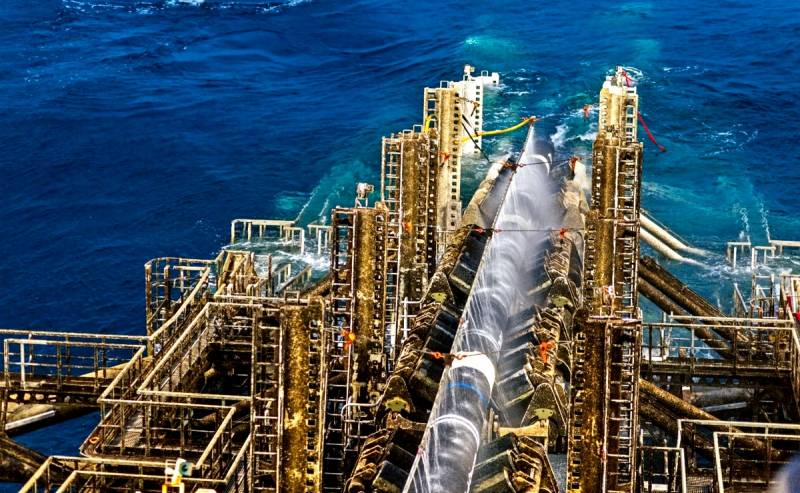 After three months of wandering around the seas and oceans, the "Academician Chersky" reached the Baltic. The pipe-laying vessel is located in the Kaliningrad region, where it is refueling and is preparing for further re-equipment necessary for the completion of Nord Stream-2. Given the mood of the Kremlin, the underwater gas pipeline will be built at all costs so as not to lose face completely.


Unfortunately, we have to admit that policy in this project is now much more than economic expediency. What gives reason to say so?

Alas, Russia will have to wait a very, very long time to return the billions of dollars invested in the construction of the gas pipeline.

At firstIt’s naive and stupid not to see the beginning of the global economic crisis. The coronavirus pandemic has reduced business activity and consumer demand worldwide. The “oil war” brought down quotes, competitors literally drown each other in rapidly decreasing “black gold”. Nobody needs hydrocarbons in the previous volumes; oil and gas prices will remain at low levels for more than a year.

How much Europe needs another gas pipeline today is a big question, considering that Gazprom has already signed a transit agreement with Ukraine for the next 5 years. Moreover, in addition to pipeline gas, the LNG industry is developing more and more actively. Last year, Europeans bought twice as much liquefied natural gas as in 2018. LNG is convenient in that its supplies can be quickly reoriented from one market to another. It will not replace a fully pipeline system, but its role in the diversification of energy supply sources is continuously and substantially increasing.

Secondlyas it turned out, no one in the EU is ready to lay bones for the interests of Gazprom. European partners graciously transferred to the Russian company all the costs of constructing Nord Stream-2, and the Swiss company contractor instantly abandoned laying of its underwater part at the first real threat to fall under US sanctions, which was the reason for the Academician Chersky odyssey .

The European Commission, with the explicit submission of the US Treasury Department, has extended the Third Energy Package to the gas pipeline, because of which one of the two pipes will remain empty, which automatically means a doubling of the payback period. Berlin seems to have knocked out exceptions to this rule for Nord Stream-2, but until May 2020, the pipe could not be completed due to Danish-American intrigues. Now the Federal Grid Agency of Germany (BNetzA) has decided to refuse the exception to the gas pipeline received earlier. That is, Washington achieved its goal by making the project unprofitable from an economic point of view.

Worse, the risk of imposing new US sanctions is already against European consumers of Gazprom. On the example of Iran, it was clear that the EU countries would be indignant in this case, but in the end they would do as “overseas cousins” convincingly asked them. What do we have in the dry residue?

Instead of a profitable business selling energy, Nord Stream-2 is turning into a reserve gas pipeline for Europe in case something happens to the rapidly decaying Ukrainian gas transportation system. Built, we note, at the expense of Russian taxpayers. If necessary, Berlin will increase or decrease the volume of pumping "blue fuel", using the pipeline as an argument in negotiations with LNG suppliers. In general, Europeans are the main winners so far.
Ctrl Enter
Noticed oshЫbku Highlight text and press. Ctrl + Enter
We are
Confusing traces: what a distracting maneuver “Academician Chersky” conceived
Peace enforcement operation. Russia inflicts a preemptive strike on Kiev
Reporterin Yandex News
Read Reporterin Google News
22 comments
Information
Dear reader, to leave comments on the publication, you must sign in.