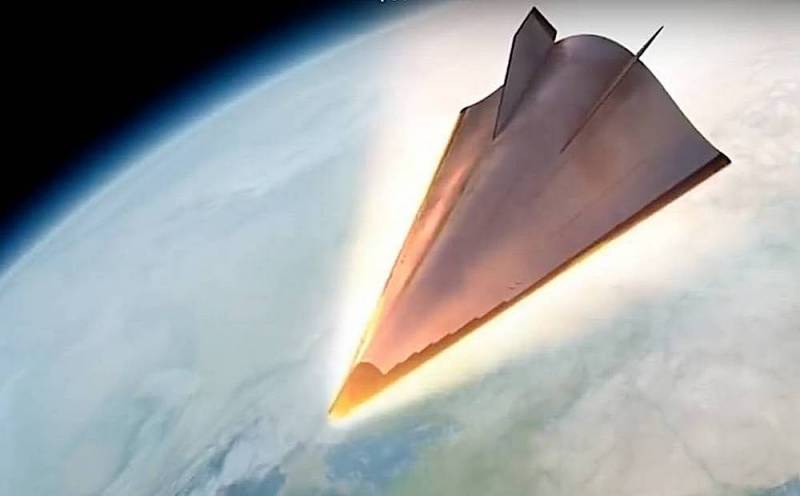 Amazing news come from the USA. It turns out that the latest examples of hypersonic weapons - "Vanguard", "Dagger" and "Zircon" - of Russia without the need.


In any case, this idea is promoted by the famous American publication The National Interest. The media is touting its readers the Russian Vanguard missile system, equipped with a guided warhead. Its flight speed is, according to developers, 27 Machs. In tests, the target was hit at a distance of 6000 kilometers.

In the future, the Avangard should be launched with the help of the promising Sarmat ICBM. Its advantage over traditional warheads is that it is able to maneuver in the atmosphere at hypersonic speed, avoiding interception. "Vanguard" already stood up in December last year on combat duty in the Orenburg region.

As The National Interest points out, Moscow was forced to start developing this complex because of fears that the presence of a developed missile defense system could provoke the United States to take a preventive nuclear strike against Russia. Surprisingly, the journalists of the publication have now begun to frankly “become pissed off,” saying that the US missile defense system is designed solely to protect against North Korea. According to their estimates, no existing missile defense system is capable of providing reliable protection against 528 Russian ICBMs with nuclear warheads.

According to the logic of this media, “Vanguards”, “Daggers” and “Zircons” are useless to Russians. It is interesting that in the same publication, The National Interest talks about the development of hypersonic weapons in the United States: for the army, navy and air force. For example, last year the Air Force successfully tested a hypersonic missile launched from a B-52 strategic bomber.
Ctrl Enter
Noticed oshЫbku Highlight text and press. Ctrl + Enter
We are
Serial production of the Avangard missile system launched in Russia
Sarmat will tear any missile defense to shreds, Rogozin is sure
Reporterin Yandex News
Read Reporterin Google News
3 comments
Information
Dear reader, to leave comments on the publication, you must sign in.