The world is on the verge of the Great Depression 2.0 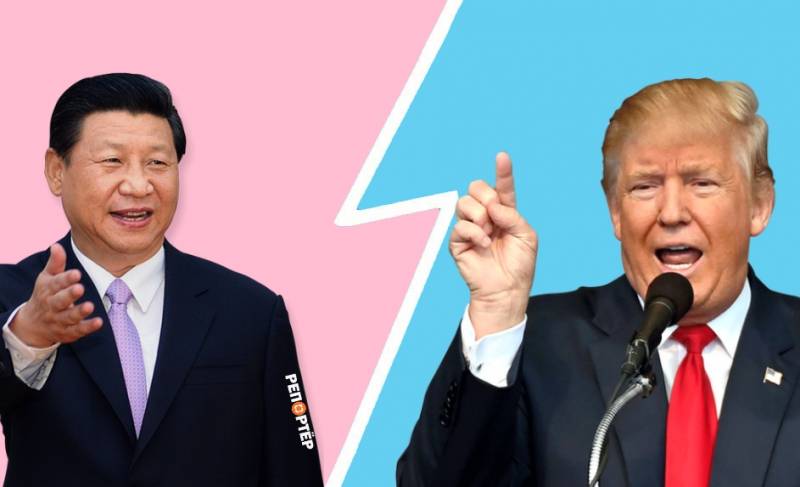 Everyone has heard about the Great Depression, but few really know what it is, except for historians and economists. Unfortunately, there are more and more prerequisites for the events of 90 years ago to repeat again: the coronavirus pandemic that paralyzed the world the economy, the oil war, which brought down hydrocarbon prices, the approaching abnormally hot summer, which threatens drought, crop failure and massive hunger in dozens of countries.


Now, to all this “bouquet” will be added the resumption of trade confrontation between the United States and China, which will again have to fiercely clash with each other for a place in the sun.

The reason for the new "run over" to Beijing, which was quite expected, was the coronavirus COVID-19, which first appeared in Wuhan, China. The famous Anglo-Saxon intelligence conglomerate Five Eyes accused China of concealing the real danger of the epidemic in order to increase imports of medical supplies for their own needs and reduce their exports. Former CIA chief and current US Department of State chief Mike Pompeo said:

There is considerable evidence that this virus came out of the walls of the laboratory in Wuhan ... We said from the very beginning that the virus appeared in Wuhan, now the whole world can see it.
So, the "culprit" was found, it remains to shake the camera with a "test tube" and declare war on China. However, she already goes for a long time, trading. So why should Washington again aggravate relations with Beijing, although the obvious fact is that the Chinese and American economies are closely connected, and sanctions will be double-edged?

The most obvious reason lies on the surface. In November, the next presidential election should be held in the United States, and the position of "candidate number one" Donald trump seriously shaken. Because of the coronavirus, the “hegemon” literally lost more people in a couple of months than during the entire Vietnam War. Political opponents make wide use of this argument against President Trump, accusing him of not closing the borders on time.

According to American tradition, someone "extreme" should always be found, who will be made the scapegoat. The head of the White House obviously does not want to be such, so it’s very convenient to “turn the arrows” on Beijing, which supposedly hid something there. Society is ready for such an explanation: more than a quarter of US citizens now believe that it is the Chinese authorities that are responsible for the spread of the pandemic. In order to hang up the creation of COVID-19 in the PRC, one step remained. Donald Trump announced his intention to conduct an investigation on this matter.

In general, we are waiting for the "test tube", but for now the president is gaining points in front of the voters.

With this, everything is much more complicated, since “tectonic faults” are intensifying in the world economy. The systemic crisis has been ripening for a long time, in a certain sense it was pushed by Donald Trump himself, breaking all the globalist constructions of his predecessors. Now that the world economy has lost due to the pandemic and the oil war, according to various estimates, from 10 to 15% (exact figures have yet to be established), everything has changed in the most radical way.

Six months ago, China was a direct and dangerous competitor to the United States; now, maintaining it in its former form as a “world workshop” is becoming a common problem for the whole West. The stronger the share of China in global GDP decreases, the faster developed countries will be able to recover themselves. Objectively, the process of returning production back and a fierce struggle for narrowing sales markets begins. Even during the last phase of the trade war, Donald Trump threatened to introduce new trade duties against Chinese goods, pass a law requiring the withdrawal of American enterprises from the PRC, and freeze the assets of Chinese companies in the United States.

Now all this can be applied and supplemented with new anti-Chinese sanctions. Washington is simply forced to start watering Beijing for real, and many Western countries will follow suit. In the context of the Great Depression-2, everyone will be for themselves. In the 30s of the last century, this was called the “poor neighbor”: increased tariffs were introduced on imports, and exports were subsidized.

It is clear that the Chinese leadership will not remain silent and sit back in conditions of such persecution. If export collapses to the American and European markets, this will also mean the collapse of the entire existing economic model. In the soft version of counteraction, goods from the Middle Kingdom can be repackaged and sold under the brands of other countries of Southeast Asia. Beijing may agree to buy more American products, but its purchasing power has now declined significantly. In the tough version, the Chinese themselves will aggravate: they will impose countervailing duties on Western goods, or even begin to sell off US government debt bonds en masse, which will hit the hegemon’s economy.

Needless to say, such a step will lead to a further escalation of the trade war, and the risk of the world economy slipping into the Great Depression 2.0, where “not only everything” will survive, increases dramatically?
Ctrl Enter
Noticed oshЫbku Highlight text and press. Ctrl + Enter
We are
Peace enforcement operation. Russia inflicts a preemptive strike on Kiev
“The dark August night came the one whom the Ukrainians were waiting with horror”
Reporterin Yandex News
Read Reporterin Google News
8 comments
Information
Dear reader, to leave comments on the publication, you must sign in.