From “Armata” to S-400, Russians have everything bad: What is behind the Chinese attacks on the Russian Federation 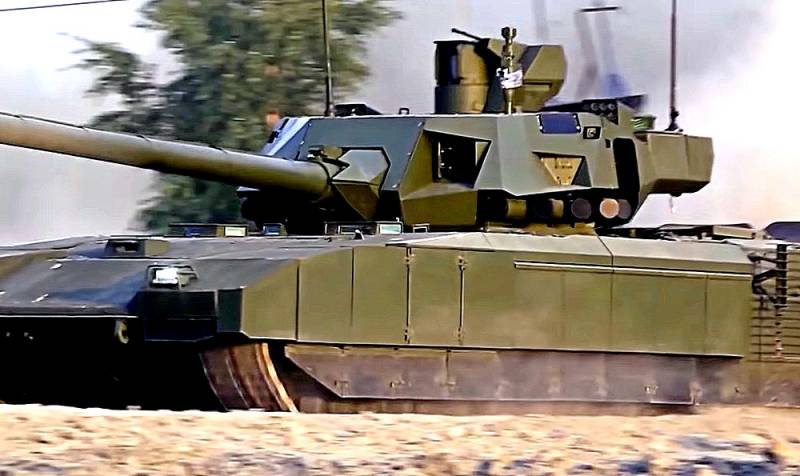 Recently, the media of the Celestial Empire have been extremely suspicious of the increasingly sharp attacks on various types of Russian weapons (we have already written about some of them on our resource). Being evaluated in their totality, these frank “stuffing” creates a distinct impression of a well-coordinated information campaign pursuing very specific goals.


It would seem that there is no cooling of relations, especially since there is no conflict between Moscow and Beijing. As far as we know, the Chinese comrades today are preparing for an extremely fierce confrontation just with the United States. Why, then, frankly, such unfriendly steps?

From "Almaty" to S-400: Russians have "everything is bad"

It should be noted a rather strange feature - starting to intensely inflate the negative about various products of our domestic defense industry (mainly the latest and most promising products), Chinese experts and journalists suddenly show an unprecedented unanimity with their American counterparts. On all other issues, the situation is exactly the opposite - it is worth someone in the US to say: “black”, in the Middle Kingdom they immediately begin to say: “white”! And here it’s straightforward “choral singing” in a coordinated duet ... Take for example the story of the Armata T-14 tank and its either real, or, say, somewhat fantastic “trials in Syria”. The start of heated debate on this topic was given by a statement made on television by the Russian Minister of Industry Denis Manturov, who directly stated: “Yes, it was!” Later, American “know-it-alls” joined the topic and began to poison stories about the allegedly “huge problems” identified in the latest tanks, their “vulnerability in battle” and even the “destruction” of one armored vehicle. Since no one bothered to present any evidence to all these fabrications of the most respectable public, one could forget about them, but here the Chinese comrades actively joined in the matter. We must give them their due - obviously, due to the rich intriguing traditions of the East, they operate much thinner than straightforward Americans. It seems that they do not write frank filth, but, nevertheless, the general conclusion that should remain with the audience after reading their opuses comes down to the idea: "All the latest Russian weapons are a bluff and nothing else." It is to this conclusion, sparing no effort, the media of the Celestial Empire are bringing their readers.

For example, the Sina publication allows itself to express the opinion that "the Russians again made a show." On the one hand, it is emphasized that there is no significant evidence of the presence of “Almaty” in Syria, on the other hand, American fables are quoted as saying about the “defeat and shame” that allegedly occurred there. As a result, Chinese journalists not only claim that “the loss of at least one such tank will seriously undermine Russia's reputation,” but they immediately begin to draw very characteristic parallels: they say that “Almaty” in Syria is as “inappropriate and useless as a multi-purpose fighter Su 14. " The authors of Sina consider his stay at this theater of war either a “show”, or even a “joke in front of the international community”, stating (based on information from unclear sources) that this combat vehicle there “was not tested even when applied bomb strikes. " And what’s characteristic: suddenly, when they switch the conversation from T-57 to Su-14, the Chinese again find themselves “on the same side of the barricades” with those experts in the USA who, not sparing the vocal cords, are trying to prove to the whole world that this fighter is “a failure project ”, which will never be fully implemented by Russia. This theme is very carefully developed by The National Interest. At the same time, the publication (here's the oddity!) As an alternative - that is, successful development in this area, "carried out in a reasonable amount of time", cites ... "the first Chinese serial fifth-generation fighter J-57." A cuckoo praises a rooster for praising a cuckoo ?! Moreover, the authors of The National Interest believe that in China “they refused to call the fifth generation fighter, attributing it to the 20 +++ generation”, as a “killer argument” in favor of their own derogatory opinion about the latest Russian fighter! What a touching agreement ... However, finally everything falls into place, it is worth reading the writings of Chinese authors about another "flagship" model of domestic weapons - the Triumph air defense system.

The Sohu news agency undertook to “unwind” this topic with all possible scope, according to which the real combat capabilities of our famous S-400 systems are “very overestimated,” and indeed they are, in fact, “useless”. The authors, without reference to any official test data, undertake to declare that, in fact, Russian air defense systems are capable of detecting air targets “only” for 500-570 kilometers instead of the stated 600, which is 5-17% lower than the official performance characteristics of Triumphs. Moreover, they are also “incapable of hitting the entire spectrum of potential goals that are available today,” and they are, you see, “prohibitively expensive.” All this, as they say, is a "saying". Actually, the "fairy tale", intended for none other than potential buyers of modern air defense and missile defense systems, begins with the moment that Sohu confidentially informs readers about the alleged "refusal of a number of countries to acquire Russian S-400s." The most successful example is Saudi Arabia, which, according to Chinese journalists, “preferred the Chinese air defense system to the Chinese - Hongqi 22”. This is followed by the usual Eastern attempt to “sweeten the pill”, which consists in the assertion that “the S-400 is excellent, but hardly more advanced than the Hongqi 22 air defense system,” except that it “slightly exceeds its range.” Therefore, choosing Riyadh is a “pretty smart decision,” conclude Sohu. Here is the answer to all your questions! When we read in the Chinese mass media that the “devastating” articles about Russian weapons are becoming more categorical and categorical, we have before us nothing more than a widespread marketing campaign expansive of all the celestial powers and powers of China! “Nothing personal - only business” - this, obviously, the Chinese communists seized from the American capitalists in the process of excessively long and close communication with them.

In order to understand how true this statement is, it is enough to familiarize yourself with the recent report of the Stockholm International Peace Research Institute (SIPRI) on the growth of military spending in various countries over the past decade. According to this document, spending on armaments and armies on a planetary scale came close to the frightening figure of $ 2 trillion. One and a half of them fell on 15 states investing in the “defense industry” by orders of magnitude more than all the rest. In the first place, as you might guess, the United States stands with its 732 billion military budget for 2019. But on the second, China is firmly established. Its militaristic costs over the past decade have shown the largest growth among all countries in the world (by 85%). In fairness, by the way, it is worth noting that they have been moving up steadily and at an even faster pace, at least a quarter of a century ... Only during the past year, the Celestial defense spending increased by 5,1%, reaching the figure of 261 billion dollars and surpassing all of Western Europe, which together spent 10 billion dollars less than the Chinese for the same purpose. Beijing’s military spending accounts for 14% of the global total. Moreover, according to SIPRI experts, China not only entered the TOP-5 of the “world militarists” for the first time and took the second place, but also squeezed again the second position in the rating of arms exporters ... That's right, just Russia. Obviously, this is not enough for the Chinese comrades, here, tensing with all their might, they strive to completely push our country out of the reach of such attractive arms markets. In Beijing, they really do not like real, serious competitors, and, as we see, they do not stand on ceremony in choosing the means to deal with them.

As warriors, the Chinese are very inferior to the Russians, to put it mildly. China did not win any serious war, if the Soviet Union was not looming behind it. Yes, and from more ancient times, even the Russian Empire, one can also recall cases when the comparison is not at all in favor of the Celestial Empire. But in the matter of production and trade, the Chinese, perhaps, have no equal. Everything that is being done in China should be sold - this principle is strictly adhered to there, trying to mercilessly push those who interfere with its implementation from the attractive markets. This is done by desperate dumping, willingness to please the customer, well, and with the help of such extremely unscrupulous anti-advertising. Making a real breakthrough in weapons, Beijing simply could not help but concern itself over time with the goal of turning its exports into a profitable source of income. But here it is not the United States that stands in the way, but our country. The world, for the most part, has long been divided into countries that arm and equip their armies with NATO standards (primarily American), and those who prefer weapons and machinery, we will call a spade a spade, of the Soviet samples. After all, it is precisely the traditions of the military-industrial complex of the USSR that our country continues and develops today. In order to "squeeze" into this already tightly "demarcated" market, the Celestial Empire simply needs to squeeze one of the sides out of it. To compete with the United States (at least in this matter) is clearly a "gut". Therefore, it remains only to try to “squeeze” Russia and occupy its “niche”.

By the way, the example with the same “Armata” confirms this in the best way. Speaking about sending these tanks to Syria, Mr. Manturov, in fact, did not hide at all that it was not about the military need to crush the local undefeated "barmales" with caterpillars, but about preparing an "export passport" for this fighting vehicle. And who can become a potential buyer of tanks of this class and this value? Most likely, rich "oil" countries like the same Saudi Arabia, to whom such an acquisition can afford. However, it is very likely that the wealthy sheikhs "set their sights" on the military budgets in Beijing. Hence the whole informational "wave" ...

Trade is always competition, whether it’s smartphones, tomatoes or tanks with fighters. However, it will be very, very sorry if this issue makes not just rivals, but opponents, two countries that have a common and very serious foe - the United States with their unrequited claims to world domination.
Reporterin Yandex News
Reporterin Yandex Zen
21 comment
Information
Dear reader, to leave comments on the publication, you must sign in.