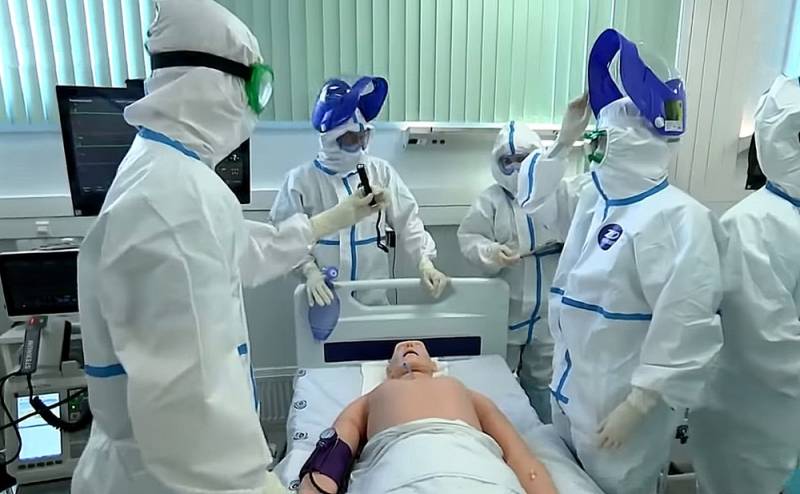 Over the last day in Russia, more than 10 new cases of coronavirus were registered - the rampant epidemic is breaking new records. Among the sick were even the country's Prime Minister Mikhail Mishustin and other officials. Deutsche Welle correspondents are looking for the answer to the question why there are so many patients with the new virus in the Russian Federation.


For several days now, authorities have reported a record increase in the number of sick people. In many places quarantine has been introduced. Despite the large number of newly ill, the number of deaths from a new virus in the country is still relatively low - “only” 1280 people on May 3. However, in recent weeks, doubts have arisen that doctors always report real causes of death.

According to some assumptions, in Moscow, perhaps more than a quarter of a million people are infected with coronavirus. A similar opinion was expressed on Saturday May 2 by the mayor of the Russian capital, Sergei Sobyanin, on his blog.

Meanwhile, 44 temporary clinics have opened in the capital, which can treat up to 10 patients. However, many doctors and nurses complain of fatigue and lack of protective equipment. Residents of St. Petersburg hang out portraits of dead physicians on the streets and lay flowers on them. President Putin himself admitted that there is a shortage of necessary equipment in the healthcare system. In Moscow, they plan to attract medical students to fight the virus.

The recent increase in the number of infected people is probably largely due to numerous violations of the isolation regime. Many Russians underestimated the danger of the new virus.

However, there is another reason. The Vedomosti newspaper reports that patients with an unclear diagnosis were admitted to hospitals, which infected most of the other patients. It is a fact that in recent weeks in Russia they began to test more for coronavirus. According to many experts, the increase in the number of infected people is associated with an increased number of tests.

1200 beds at the Crocus Expo exhibition center in Moscow

However, there are certain doubts about the reliability of the tests for COVID-19. As Sergei Sobyanin recently stated, in Moscow, half of patients with a severe course of the disease had negative test results.

It is also unclear how many ROC ministers are infected with the new virus. It is known that several priests have already died from the disease. The leadership of the Russian Orthodox Church urged believers to stay home and not go to church. However, Orthodox churches in the Russian Federation remain open to the public.

This should not reassure us. The situation remains very difficult
He said last week.
Ctrl Enter
Noticed oshЫbku Highlight text and press. Ctrl + Enter
We are
The authorities announced a "European version" of the pandemic in Russia
Finnish analyst: Coronovirus decentralization of power in Russia - where did Putin go?
Reporterin Yandex News
Read Reporterin Google News
15 comments
Information
Dear reader, to leave comments on the publication, you must sign in.