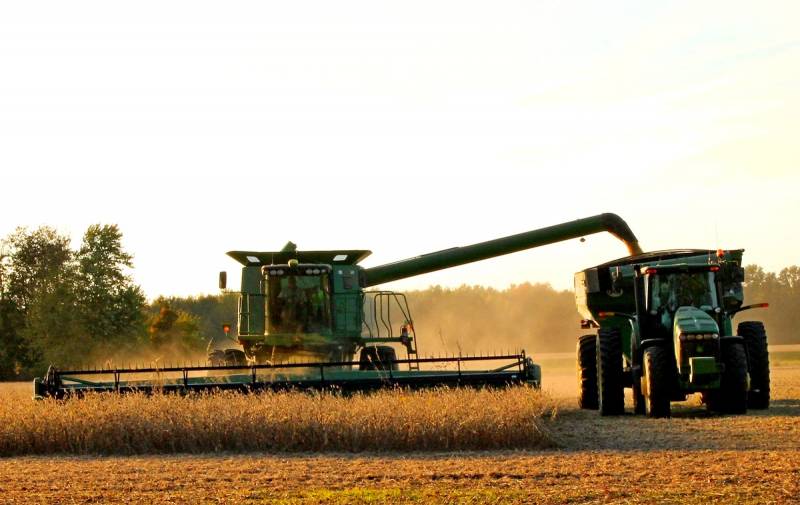 2020 will definitely go down in history and will be remembered with unkind words. Apparently, he will have to count not only the start of the global energy crisis, which confronted the largest hydrocarbon producers, but also the beginning of a great famine, which can hit dozens of states.


What gives reason to say so?

The ghost of hunger is more real and dangerous than ever. In the worst case scenario, hunger threatens three dozen countries.

It would seem, what kind of hunger? 21 century in the courtyard, advanced agricultural Technology allow you to grow strawberries in the desert, and in the Far North - watermelons and honey melons. But, unfortunately, everything is much more complicated. The coronavirus pandemic paralyzed production processes, breaking traditional business ties, and everything immediately fell apart. Everything is compounded by the obvious problem of global climate change on the planet, with the consequences of which there is now no one to fight and nothing. In order not to be unfounded, let us turn to the facts.

According to the National Centers for Environmental Information (NCEI), the temperature on the planet reached its record two months ago. The last time similar indicators could be observed in 2016, the reason for this was the Pacific El Niño effect, which repeats about once every 4-5 years. This is one of the reasons why the upcoming summer will surely enter the top five warmest in history, or even become the hottest. The overheated ocean becomes rich in hurricanes, from which it suffers more economy USA, the largest in the world.

But this effect has one more unpleasant feature: the rains mostly pour over the ocean surface, almost not reaching land. This threatens not only heat, but also large-scale drought. Already, the levels of reservoirs in Europe are at critical levels, agricultural land is drying up. The same thing happens in the Crimea, about which we detail told on the eve, and in the Kuban. Climatologists warn that terrible forest fires can recur not only in Russia, but also in Australia, and in the Amazon forests drying up before our eyes.

The risk of a large crop failure is very high. Leading wheat producers have already begun to hold their stocks for their own needs, limiting exports. But this is far from all the problems: because of the coronavirus pandemic, there is simply no one to harvest crops, since quarantine does not allow migrant workers to enter. There is no one to collect, the logistics of transportation is broken. Food prices will inevitably rise. But that is not all.

Due to the abnormal weather in East Africa, locusts have especially bred. Her clouds move forward, devouring all the vegetation in front of them. From Kenya, it goes through Ethiopia, Yemen, South Sudan, Somalia, Uganda, Tanzania to the Middle East towards Iran, and then China. You can try to fight locusts, but this seriously complicates the general quarantine, pumping out resources to fight the coronavirus.

According to the UN, this year 265 million people will truly starve, that is, over a quarter billion. And they fall not only on the poorest African countries, where the risk of new coups, revolutions and regional wars is high. Relative annoyance can become chronic among the populations of states such as Iran, Venezuela and even Turkey.

Will the hunger affect Russia? Such a scenario seems highly unlikely, even despite the projected dry summers and the effects of coronavirus. Our state is able to provide domestic needs for both meat and dairy, and fruit and vegetable products. Last but not least thanks to recent policy import substitution, previously so often ridiculed on the Internet. Exceptions are exotic fruits that grow in countries with warmer climates.
Reporterin Yandex News
Reporterin Yandex Zen
8 comments
Information
Dear reader, to leave comments on the publication, you must sign in.