The European way: Coronavirus in Russia is becoming rampant 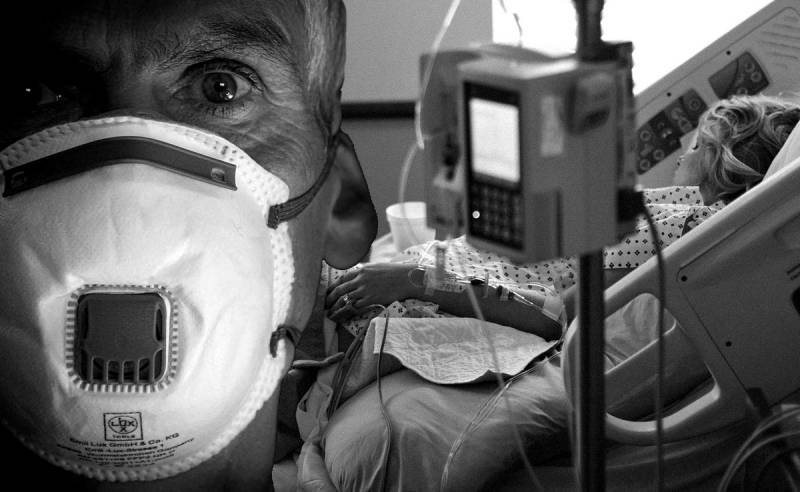 Despite the so-called “self-isolation” regime introduced, coronavirus in Russia is not losing ground. The number of cases is growing, doctors warn of a risk of further manifestation of the second and third waves of the epidemic. We have not been able to repeat the Chinese experience in combating COVID-19; the country is following the “European path” in the worst sense of the word. In St. Petersburg, empty refrigerated cars are already being driven to hospitals.


Is a repeat of the Italian scenario possible now in Russia, and what preliminary conclusions can be drawn from the current crisis?

COVID-19 touched all countries of the world, but they met him in different ways. China, where the virus first appeared, did not hide the problem, instead imposed strict quarantine, effectively blocking its epicenter of Wuhan and the surrounding cities of the province. Thanks to this, the outbreak was quickly localized: only about 83 thousand infected were registered, 4,6 thousand patients died, and 77 thousand recovered. In general, the Chinese experience at this stage can be considered successful.

And then unpleasant questions arise. Since the end of last year, all world and Russian media have written about what is happening in China. How dangerous the epidemic can be if it spreads in our country, писал at the beginning of 2020 and the "Reporter". Despite the awareness of the existing risks, the authorities of all states showed amazing negligence and negligence, not taking measures to prevent the penetration of a dangerous disease.

In Italy, the epidemic began in late January and continues to this day. The worst situation in the north of the country. According to reports, over 28 thousand people have died there, more than a thousand are infected every day and from 150 to 500 people die. Paradoxically, the United States is the most affected by COVID-19, where about 1,2 million people fell ill and about 68 thousand died from coronavirus. Despite the "superpower", paid American medicine "not for everyone" was unable to help the broad masses of the population.

Unfortunately, in Russia itself, which is demonstratively providing assistance to others, not everything is in order. The country met a pandemic with significantly “optimized” medicine. It is very significant that the chief doctor of the hospital on Kommunarka, where patients with infectious diseases are treated, is Denis Protsenko, an anesthesiologist and resuscitation specialist by specialty. And before that, the “non-trivial” personnel decision of the Moscow Department of Health Protsenko was appointed head doctor of the City Clinical Hospital No. 40 with in-depth competence in oncology. With all due respect to the head physician, who is struggling daily for the lives of patients, and without the slightest “run over” personally, this whole situation indicates an obvious personnel problem in the healthcare system. And this is the capital.

The coronavirus and "pseudo-quarantine" have paralyzed normal life in Moscow and St. Petersburg, the main Russian metropolises, which are directly tied to the business life of the entire country. COVID-19 is spreading across regions. More than 145 thousand infections have already been registered, more than 14 thousand patients have recovered, more than 1200 have died. Expert in the field economic Aghasi Tavadyan's research based on a mathematical model made the following predictions:

The total number of infected in Russia will be about 350-450 thousand, judging by model calculations.
According to his calculations, up to 170 thousand people will get sick in the capital, and the epidemic will recede by August. In the second decade of May, the peak incidence rate will be in the North-West and Siberian Federal Districts, in the Volga and Far Eastern Districts - in early May, in the South - at the end of the month. The longest, until mid-June, will drag out an epidemic in the Urals District. Moreover, more and more specialists at the highest level say that there is a high risk of the second wave of coronavirus coming. The head of the Ministry of Health of the Russian Federation Mikhail Murashko said:

This may be another peak, we are talking about the fact that the virus will still circulate a certain time.
That is, this whole story with COVID-19 is quite long. It remains to be asked why the Russian authorities did not take timely measures to close the borders in order to prevent the coronavirus from entering the country? It is already known that a Russian who arrived from Milan became our zero patient. If everyone who traveled abroad after the outbreak of the epidemic in China were promptly placed in forced quarantine, this would allow Russia to go not the Italian, but the Chinese way of fighting COVID-19, and the results for the domestic economy would not be so devastating.
Ctrl Enter
Noticed oshЫbku Highlight text and press. Ctrl + Enter
We are
The monument to Marshal Konev is not demolished by Czech Russophobes, but by Russian propaganda
The death of the crew of the secret AU-31: who lost Russia
Reporterin Yandex News
Read Reporterin Google News
9 comments
Information
Dear reader, to leave comments on the publication, you must sign in.