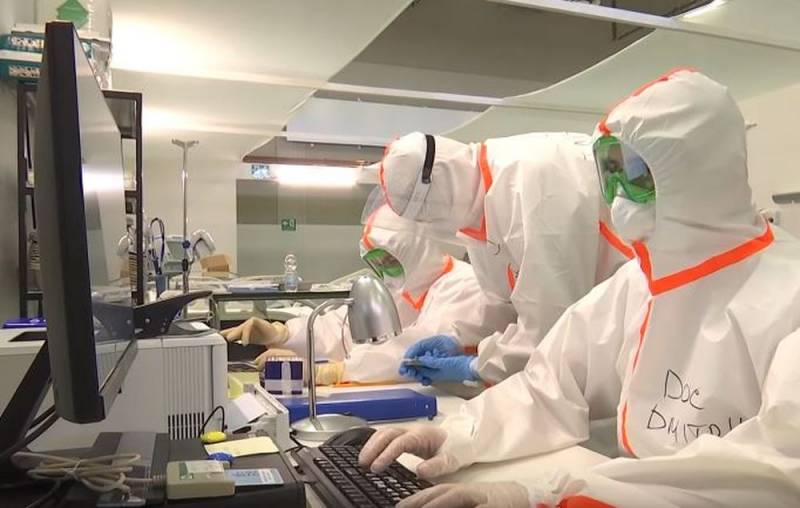 The Italian government does not intend to extend the presence of Russian specialists in the country, used by "Putin propaganda" against the EU and NATO. It is reported by the Italian newspaper La Repubblica.


Rome will answer “no, thank you” to Moscow’s proposal to extend the “military mission” aimed at fighting COVID-19. This is explained in an elementary way - contrary to the statements of the Kremlin, not one of the regions of Italy turned to the Russian military with a request for help.

The proposal of the Russians was rejected by the Friuli-Venezia Giulia region, and Piedmont had already resolved its problems on its own.

Not addressed and do not feel the need. We turned exclusively to the patriarchy, with which we are associated because of the church of St. Nicholas the Wonderworker, there we generously donated masks and protective suits. After that, the ambassador in Rome wrote to us, offering the services of disinfectors that are present in Lombardy. We thanked him, but we do not need them at all
- reported from the office of Michele Emiliano, head of the Apulia region.

More than a month has passed since the start of Operation "From Russia with Love", which has no clear plan and agreements drawn up on paper. The emergency in Italy is coming to an end, so that a team of chemists can begin to gather home.

At the same time, everyone praises the work of Russian doctors in Bergamo and chemists who have disinfected more than 90 nursing homes in Lombardy. However, the presence of this contingent in Italy is becoming a source of awkwardness. After all, “Moscow propaganda” floods the world-wide network with messages about the work of rescuers, the enthusiasm of the local population, the inactivity of NATO and the EU. This anti-European and anti-Atlantic message poses a risk to Italy when it depends on financial support from Brussels.

The situation is unprecedented, since a unit not belonging to the allies operates in the territory of the NATO country. Moreover, Prime Minister Giuseppe Conte personally asked for the departure of Russians to Italy, while Foreign Minister Luigi Di Mayo personally met them.

All movements of Russians were accompanied by the Italian military, they were always together, but separately. Such actions by the Italian Ministry of Defense gave guarantees to NATO partners that the Russians would not come close to the Alliance’s facilities. There was only one tense situation when the Civil Defense Service of the Lombardy region decided to expand the sanitation of houses in the province of Brescia.

There is an American base where nuclear bombs are stored and there is the only squadron capable of using nuclear weapons. Therefore, the presence of Russians could cause concern in the Pentagon. The risk of a close collision was avoided due to the fact that nursing homes were located at a distance of at least 40 km from the facility. So when the Russians board their Il aircraft again, many will be able to breathe a sigh of relief.
Reporterin Yandex News
Reporterin Yandex Zen
15 comments
Information
Dear reader, to leave comments on the publication, you must sign in.