NI: Russia hinted at the destruction of the F-35 if it appears in the sky above the country 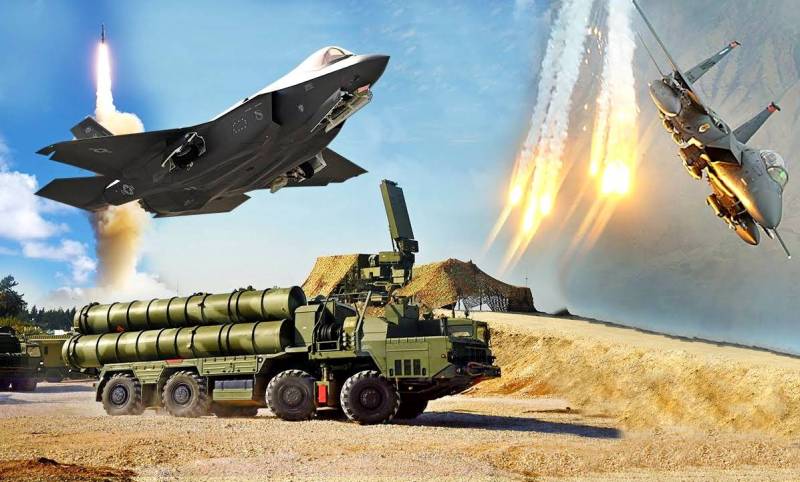 Russia hinted to the US that it would destroy F-35 fighters if they appeared in their skies, reports The National Interest.


Recently, an official representative of the Russian Embassy in the United States wrote a message on his Twitter account that was surprising even by the standards of the Cold War. It resembles the propaganda saber-rattling of the Vietnam War.

If this is Russia ... and someday we'll see the F-35 inside our airspace, we would like to send a signal to the chief of staff of @usairforce, General David L. Goldfein in a nutshell - remember Vietnam. F-35 will never be alone
- Tweets NI. 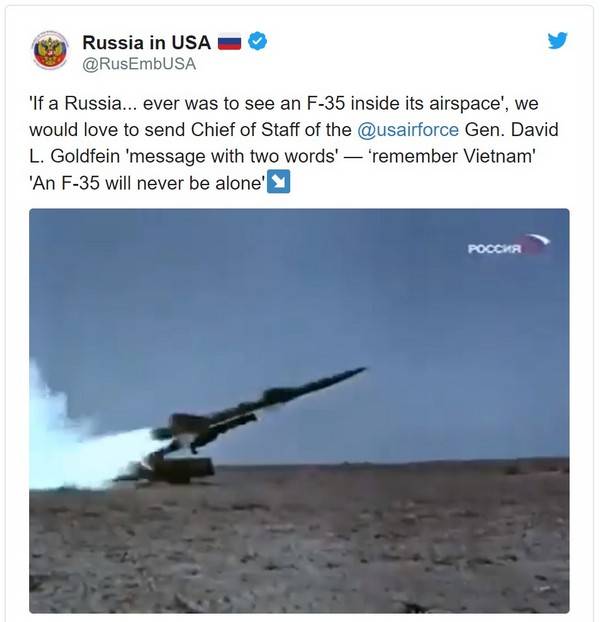 This Twitter post on the Russian Embassy in the United States was a response to a lecture given by Air Force Chief of Staff General David Goldfein at the Brookings Institution.

If China, Russia or another enemy on the globe ever saw an F-35 in its airspace, I would love to send them all a two-word message - we are here
- said the general, assessing the capabilities of the F-35.

The general emphasized that the F-35 exceeded "all expectations when it comes to its survivability."

However, the reaction of the Russians is based on the fact that their air defense is able to detect the “invisible” F-35 and destroy it.

Previously, the Kremlin simply ignored messages from the West that related to Russian weapons, and now Russian officials are increasingly publicly responding to media calls.
Reporterin Yandex News
Reporterin Yandex Zen
32 comments
Information
Dear reader, to leave comments on the publication, you must sign in.