Russia's expansion in the Mediterranean may extend to Egypt 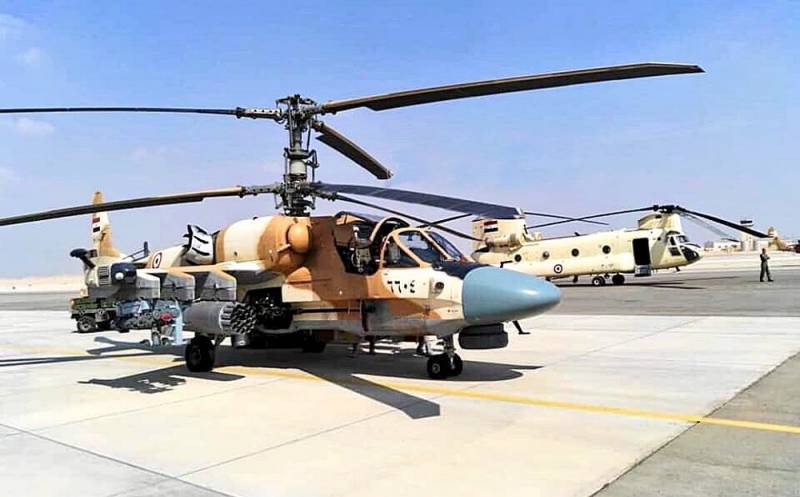 Russia continues gradually gain a foothold in the eastern Mediterranean. Our military bases are officially located in Syria. On the side of Field Marshal Haftar, who recently proclaimed himself ruler of Libya, Russian military experts were spotted.


Now Egypt may become the next point on the map of the Russian Defense Ministry.

An organization called the Atlantic Council, a member of NATO, has published an analytical report, “Nomination: A Comprehensive Assessment of European Military Mobility.” According to experts of the alliance, among the main threats to it is the active expansion of Russia in the Eastern Mediterranean. The most interesting thing is that not the Syrian Arab Republic was meant, but Egypt, where our next military base could supposedly appear.

Officially, neither Cairo nor Moscow is reporting anything like this. But the drafters of the report are not simple people. Among them, for example, is the former Supreme Commander of the NATO Joint Armed Forces in Europe, General Curtis Michael Scaparotti. It is unlikely that the conclusions of the analysts of the alliance are sucked out of the finger, intelligence from the US and NATO is not in vain eating its bread. So what gives them reason to make such predictions?

If we recall the history, then Soviet warships were relatively recently welcomed guests in Egyptian ports. To counter the Sixth Fleet of the United States Navy, the 1967th Mediterranean Squadron of the USSR Navy was created in 5. It is believed that its appearance has kept the United States from participating in the Six Day War on the side of Israel. The main problem of the Soviet sailors was the lack of their own naval base in the Mediterranean. I had to use Syrian Tartus, Egyptian Alexandria and Port Said, as well as a number of other points of temporary base. In the city of Sidi-Barrani in northwestern Egypt, not far from the Libyan border, there was a base of the Soviet Navy and an observation point for the American fleet.

In the seventies, at the request of the Egyptian authorities, the Soviet squadron left the country's ports, and in 1991 it was completely disbanded. The decision to revive it as an operational unit was made in 2013. Today, Russian warships in the Mediterranean use the Syrian port of Tartus. Then, in 2013, the Egyptian newspaper "Al Watan" reported about some negotiations between Cairo and Moscow on the return of a Russian military base to the country. However, the question was clearly shelved due to a series of political events in Egypt and the death of a passenger liner with Russian tourists on board, which complicated everything.

Nevertheless, the volume of military-technical cooperation between our countries is constantly growing amid a deterioration in relations between Cairo and Washington. The Egyptians buy Russian Antei-2500 air defense systems, MiG-29M / M2 fighter jets, and Ka-52K helicopters designed for the Mistral missions that have never been delivered to us. In 2017, against the backdrop of another aggravation in neighboring Libya, at the airbase in Sidi Barrani, according to a number of foreign sources, several dozen Russian special forces were deployed. Apparently, it is this object that is most interested in the RF Ministry of Defense.

The appearance in Egypt of its own airfield jump will dramatically increase the operational capabilities of Russian anti-submarine aircraft. Following them, frequent guests could be Long-Range Aviation aircraft of the Russian Aerospace Forces. But why does Cairo need this, except for the money to rent the base?

It can be assumed that the Egyptian authorities are not averse to using Russia as a deterrent against the sharp activation of Turkey in the region. The Eastern Mediterranean is increasingly turning into a "powder keg" due to the clash of interests of many players in the field of hydrocarbon production and transportation. Ankara brought its troops into Libya, neighboring Egypt, forcing the government of Faiz Sarraj to sign a memorandum on the division of the sea shelf in its favor, which all neighbors did not like. In the Libyan conflict, Cairo and Moscow, as far as one can judge, are on the same side of the support of the LNA Field Marshal Haftar. To cool President Erdogan’s expansionist fervor in the common interests of many countries.

In this vein, the possibility of the appearance in North Africa of a new air base of the Russian Aerospace Forces does not seem unrealistic.
Ctrl Enter
Noticed oshЫbku Highlight text and press. Ctrl + Enter
We are
Putin's departure: how to prevent the collapse of Russia's foreign policy
Ten "defeats" of Putin
Reporterin Yandex News
Read Reporterin Google News
8 comments
Information
Dear reader, to leave comments on the publication, you must sign in.