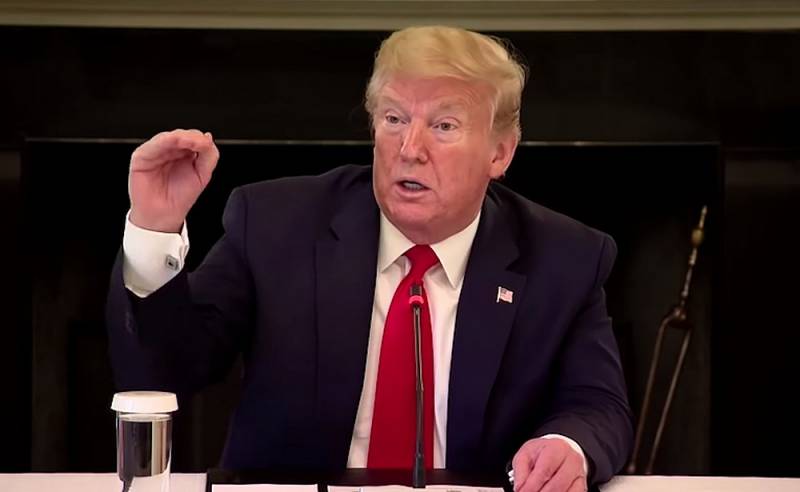 The US President said that now there is no need to refuse to pay the debt to China, since the PRC can be “punished” in other ways.


Trump recalled that China owns US $ 1 trillion of US debt, but the US does not intend to refuse to repay the debt to the international lender. According to the head of the USA, there are more effective levers of influence on China.

We can do it another way. It will be even more effective. Namely, it is possible to introduce additional duties on Chinese goods. So there is no need to refuse payments yet
- said the American president.

According to Trump, refusal to service debts will not lead to anything good, and other methods of solving problems should be sought. One of the main tasks now, according to the head of the White House, is to protect the dollar as the main world currency, to ensure its inviolability.

Earlier, US authorities threatened to punish China for concealing the fullness of information about coronavirus. In addition, Americans accuse the Chinese authorities of delivering fake tests for COVID-19 in the United States. Some experts in this regard proposed to refuse to pay the debt to China, as well as to sue him, planning to recover a huge amount of $ 6 trillion.
Ctrl Enter
Noticed oshЫbku Highlight text and press. Ctrl + Enter
We are
Borrowed from the whole world: the United States is ready to spend $ 2 trillion on the fight against the virus
Russia will live with a surplus budget: the “three-year plan” approved by the Federation Council
Reporterin Yandex News
Read Reporterin Google News
8 comments
Information
Dear reader, to leave comments on the publication, you must sign in.