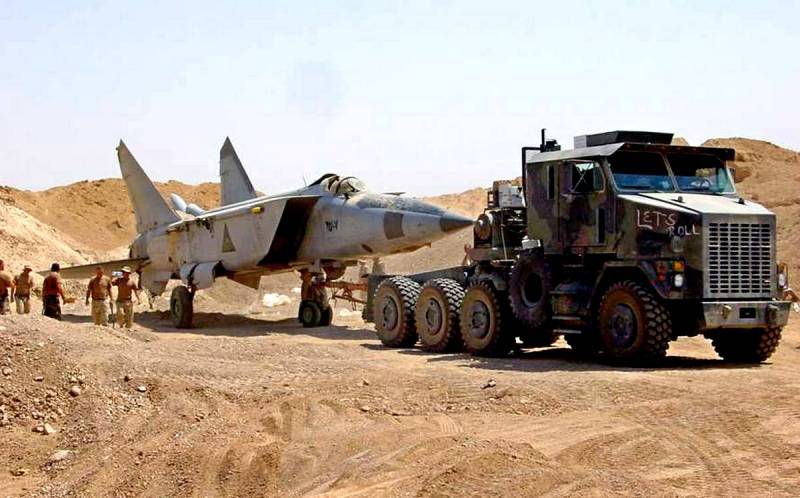 In the 1980s, the power of the Israel Defense Forces reached its zenith, Military Watch magazine writes. The Arab coalition bloc was destroyed by Egypt’s withdrawal from Soviet cooperation with Western countries. Libya and Iraq, which participated in the Doomsday War together with Egypt, were increasingly preoccupied with conflicts with neighboring states - Chad and Iran, respectively.


Israel has become one of the main buyers of the most modern American weapons. In the 80s, the IDF adopted the fourth-generation F-15 fighter.

Having lost the support of a number of Arab states, the leaders of the Palestine Liberation Organization (PLO), Israel’s long-standing political adversary, decided to relocate their bases to northwestern Africa to avoid possible attacks from it. In 1988, the PLO planned to hold a Congress in Baghdad, at which a decision would be made on the future "Palestinian State." However, due to the Iran-Iraq war, the capital of one of the warring parties was considered unsafe for such an event.

Palestinians were warned of a possible Israeli attack, regardless of the venue of the Congress, so it was decided to hold it in Algeria - a relatively remote place and protected from the Israeli Air Force.

The organization's meeting was held at the Club des Pins, 20 km from Algeria. A no-fly zone within a radius of 20 km was introduced around the hotel, which was provided by 2K12 Kub mobile air defense systems, the forerunner of modern Buk-M2 and Buk-M3 systems. Four combat aircraft constantly patrolled the object - two MiG-21 fighters at low altitude and two MiG-25 interceptors at high altitude. A few more MiG-25s were constantly on alert at air bases. Soviet MiGs were at that time the most combat-ready aircraft in the world. In addition, their speed characteristics remained unsurpassed.

On November 10, 1988, Algeria's air defense detected several F-15s flying towards the hotel at an average height. A few more MiG-25s were lifted into the air, which, however, did not go to intercept Israeli fighters - the planes rose higher and took a position in front of the approaching F-15s. Israeli aircraft, spotting interceptors and the work of radar stations, immediately fell on the reverse course.

Israeli F-15S, operating at the limit of their endurance due to the distant location of the target of a potential attack, could not complete the combat mission. The Soviet MiG-25, thus, was again at the proper height and saved Algeria from Israeli air strikes.
Reporterin Yandex News
Reporterin Yandex Zen
5 comments
Information
Dear reader, to leave comments on the publication, you must sign in.