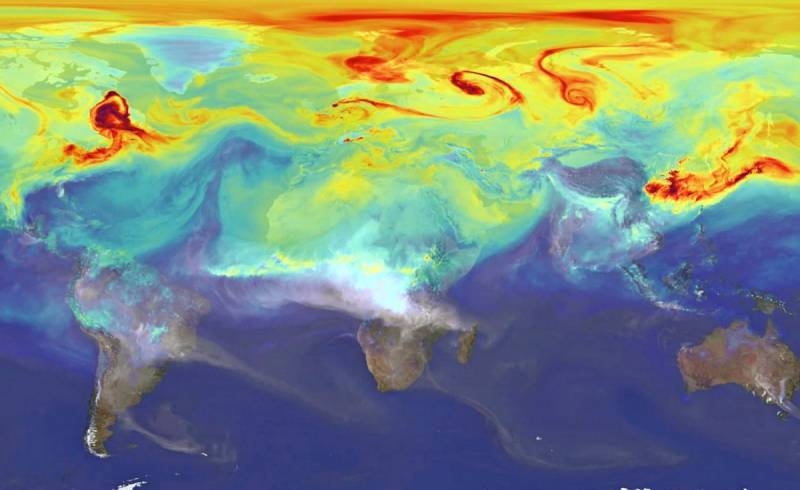 And again about the weather. Spring smoothly passed its equator, and meteorologists have already begun to change their forecasts for the summer towards deterioration. In addition to all our economic problems and the difficult epidemiological situation, a very “hot" summer is expected.


According to some estimates, it will be one of the five hottest in the history of observations, according to others, summer 2020 will become the hottest at all. What does this mean for our country?

Until now, the scariest summer in Russia was considered the summer of 2010. Such an abnormally dry and hot weather has not been, according to Roshydromet, since the calling of the Varangians Rurik. Representatives of the Hydrometeorological Center stated that such heat had not existed for the past five thousand years. The blocking anticyclone did not let other air masses into the territory of Russia from the beginning of June until the first half of August. The result was a temperature above the norm by an average of 6-7 degrees, numerous forest fires and smothering smog over many cities from burning peat bogs.

Today, 10 years later, meteorologists have not yet talked about an abnormal anticyclone, but forecasts are already very negative now. The head of the Hydrometeorological Center Roman Wilfand said:

Maybe the year will not be record warm, but the second in the temperature rank or the third. That there will be high temperature is unconditional. With a probability of 99%, he will be among the five hottest years.
More pessimistic are his colleagues from the US National Oceanic and Atmospheric Administration (NOAA). According to their estimates, the probability that the coming summer will be the hottest in history is 75%. What gives them reason to say so?

At first, the average temperature on the planet is constantly growing. Every five years they show new temperature records. Now it has become “fashionable” to criticize, but it would be very naive to deny the anthropogenic factor. Greenhouse gas emissions are gradually increasing, USA, the largest economy peace, fundamentally withdrew from the Paris climate agreement. Last January was the warmest in the history of observations, February and March - in second place in this rating.

Secondly, ocean researchers point out that a climatic event like El Nino could happen. Overheated water at the equator of the Pacific Ocean transfers about a large amount of energy to the atmosphere about every 4-5 years, gradually leading to an increase in temperature in temperate latitudes. If this phenomenon occurs in 2020, then this summer will be the hottest in history. By the way, before that, 2016 was recognized as the warmest.

The consequences can be extremely serious. Winter was generally mean for snowfalls. Due to lack of moisture in the soil, the risk of recurrence of large-scale forest and steppe fires increases sharply. It should also be borne in mind that a significant part of Russia is in the permafrost zone, but due to abnormal temperature records it may not be so eternal. Due to soil deformation, the risk of accidents on pipelines, roads and railways, and damage to buildings is increased.

In addition, with the thawing of permafrost, an increasing amount of methane and greenhouse gas will be released, and the anaerobic bacteria that produce it will begin to awaken more actively. Together, this can enhance the effect of increasing temperature on the planet.
Ctrl Enter
Noticed oshЫbku Highlight text and press. Ctrl + Enter
We are
“With Russians it’s worth playing fair or not playing at all”
Where is Russia going?
Reporterin Yandex News
Read Reporterin Google News
6 comments
Information
Dear reader, to leave comments on the publication, you must sign in.