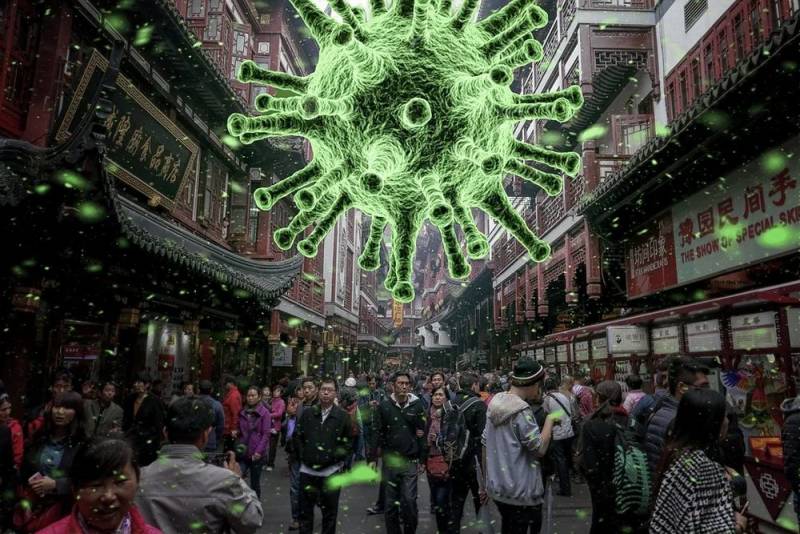 The Chinese authorities are very afraid of the influx of COVID-19-infected compatriots from neighboring Russia. Therefore, China has closed its land border because of fear of a new wave of infection. About this writes the German newspaper Frankfurter Allgemeine Zeitung.

Residents of the bordering Chinese province of Heilongjiang can now carry the border service. Everyone who catches a person illegally crossing the border with Russia and personally passes it to the police will receive a reward of 650 euros. Anyone who does not want to take part in this himself, but can provide useful information about such persons, can hope to receive a 390 euro reward
- reports the publication.

It is noted that this is not about illegal immigrants, but about Chinese citizens who return from Russia, bypassing the official border crossings, where they will be checked and quarantined. It is clarified that in April 2020, more than 2 thousand Chinese citizens flew from Moscow to Vladivostok, who wanted to return to China through the land border. But among them a large number of infected were identified, after which China closed the border for its own citizens.

Moreover, the Chinese ambassador to Russia, Zhang Hanhui, did not understand the various fears and experiences of his compatriots and accused them of complicating Russian-Chinese relations. His words provoked a mixed reaction in Chinese society.

Bringing the virus back (to China) is a morally shameful act. This behavior is despicable
- said the ambassador, in an interview with the Chinese state television channel.

The publication confirms that despite security measures, Heilongjiang Province has already turned into a new epicenter of the disease in the country. In the border town of Suifinhe, quarantine has been imposed due to more than 400 infections.

The publication draws attention to the fact that the residents of the city are isolated, only one person from the family can go to the store every three days to shop. At the same time, a recent flight from Moscow to Chinese Xi'an showed that the Russian authorities are poorly performing medical control of passengers. After landing in China, 28 of 166 passengers had COVID-19.

Along with the city of Suifinhe, a new outbreak of infection has affected the capital of the mentioned province - the metropolis of Harbin. But there, the student who returned from New York became the cause of the infection.
Ctrl Enter
Noticed oshЫbku Highlight text and press. Ctrl + Enter
We are
In Germany, dissatisfied with US help
In the West, predicted a split in the Internet
Reporterin Yandex News
Read Reporterin Google News
9 comments
Information
Dear reader, to leave comments on the publication, you must sign in.