ROC: Portraits of Stalin and Putin in the church are quite appropriate 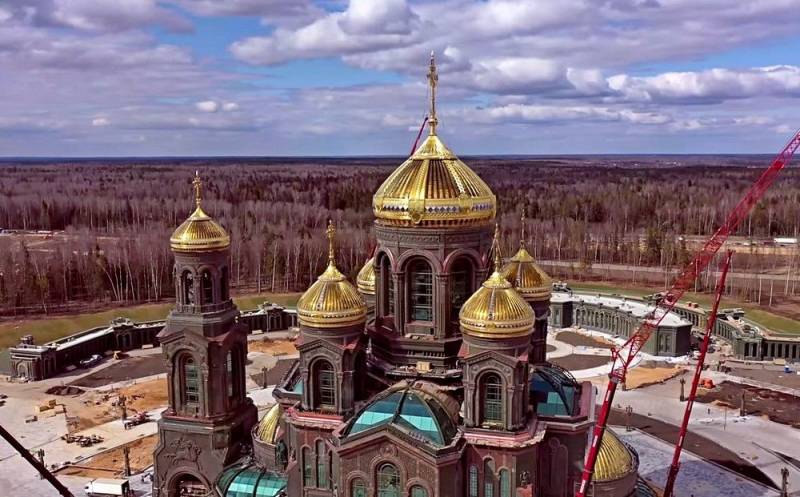 
It should be noted that Leonid Kalinin was born in a family of Moscow artists, is the great-grandson of the preacher-theologian, archpriest Valentin Sventsitsky and heads the expert council on church art, architecture and restoration of the Russian Orthodox Church. His name is engraved in the gallery of Glory on the wall of the Cathedral of Christ the Savior.

The Art Council considers these images to be absolutely appropriate, reflecting the historical truth, from which pages cannot be pulled out arbitrarily
- said Kalinin.

The archpriest emphasized that the images mentioned are not icons and do not belong to the church. He clarified that not all members of the expert council of the Russian Orthodox Church agreed with the depiction of Stalin in the mosaic, but the decision was made, since this is part of the history of Russia.

Not everyone likes this, including members of the Art Council (...) from history, we cannot tear out this page and don’t give memory to the person who largely served this Victory, we also cannot. (...). He was the supreme commander in 1941-1945, how can we throw him out when it comes to the Victory Parade? (...) in the military church dedicated to the Victory in the Great Patriotic War, the Victory Parade is necessary, therefore, Stalin there - forcedly, maybe
- added Kalinin.


We remind you that the construction of this temple in Kubinka (Moscow Region) is timed to coincide with the 75th anniversary of Victory in the Great Patriotic War. On its walls there will appear mosaic panels dedicated to various historical events, starting with the Battle of Kulikovo and ending with the war in Syria. In this case, the main part will be devoted to the Great Patriotic War.
Ctrl Enter
Noticed oshЫbku Highlight text and press. Ctrl + Enter
We are
Patriarch of Antioch urged to speak out against the lawlessness of Constantinople
Why in Ukraine create an autocephalous church
Reporterin Yandex News
Read Reporterin Google News
23 comments
Information
Dear reader, to leave comments on the publication, you must sign in.