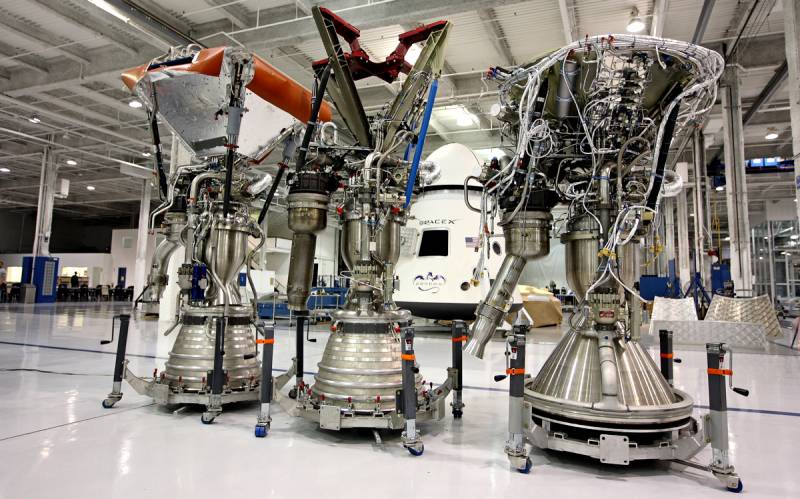 The Spacecon Falcon 9 booster rockets using their company's Merlin liquid propellant rockets for the first time outflanked the Atlas V launch vehicles using Russian RD-180s in terms of the number of launches. It is reported by the American news and online analytical publication Ars Technica.


It is noted that on April 22, 2020, the 84th launch of the Falcon 9 rocket took place. Another batch of Starlink project satellites went into low Earth orbit - SpaceX is going to create a cheap and high-performance satellite Internet communication channel for stable reception and transmission of signals from the earth and orbit.

At the same time, the Atlas V launch vehicle, the American company United Launch Alliance (ULA), was launched 83 times. Moreover, the Russian RD-180 rocket engines installed on these LVs have been repeatedly called one of the most reliable and efficient in the world.

It should be added that the publication did not take into account three successful launches of the Falcon Heavy superheavy launch vehicle, a pair of side accelerators and the central unit of which consist of the first stage of the Falcon 9 launch vehicle using Merlin. On the other hand, Russian RD-180s were used on the Atlas III launch vehicle, which was launched six times in 2000-2005.

We remind you that recently the head of the American company ULA Tori Bruno wrote in his Twitter account that the Russian RD-180 rocket engine is a technological miracle. At the same time, the head of Roscosmos state corporation Dmitry Rogozin and the head of SpaceX, Ilon Mask, managed to to exchange critical attacks on the social network Twitter about competition in the implementation of missile launches.
Ctrl Enter
Noticed oshЫbku Highlight text and press. Ctrl + Enter
We are
The Americans called the Russian rocket engine "technological miracle"
American super-rocket BFR: too good to be true
Reporterin Yandex News
Read Reporterin Google News
38 comments
Information
Dear reader, to leave comments on the publication, you must sign in.