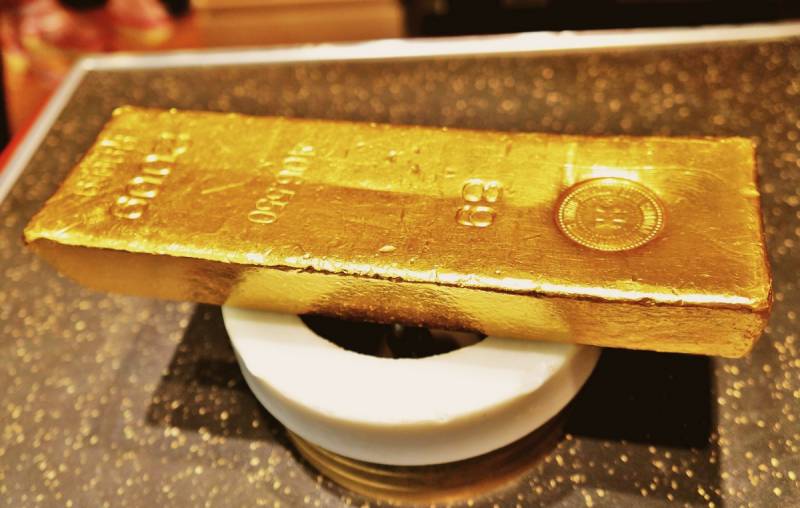 Russian economy steadily moving towards a systemic crisis: revenues from sales of hydrocarbon exports are falling, business activity is paralyzed by quarantine, the United States is increasing pressure on the domestic energy sector, now taking Rosatom on its sights. In such conditions, the main protective asset of all times and peoples - gold, can become a big support.


However, right now, when its reserves are so important, the precious metal began to flow abroad. This gives rise to ask perplexed questions to the leadership of the Central Bank, from the filing of which it all began.

Gold has historically been a measure of value, commodity and money, a way of accumulating and demonstrating wealth. From this position, the owners of the printing press, from which the US dollars came out, shoved him with tremendous difficulty. But “pieces of paper” are just “pieces of paper”, it doesn’t matter if they are American, European or Chinese. When the situation in the world clearly smells of kerosene, everyone who can afford it goes into gold as a protective asset.

While everything was relatively “good”, the activities of the Central Bank of the Russian Federation on the gold market could only be welcomed. The megaregulator actively bought up yellow metal, due to which our country came out in fifth place in the world among its largest holders and after several years of continuing such policy could move to an honorable fourth. According to reports, $ 120 billion worth of gold is stored in the vaults. The amount in itself is impressive, and it may increase even more, as it is predicted that the precious metal will continue to grow in price.

And here questions arise. Since the beginning of 2020, statistics have been released according to which gold exports from Russia in 2019 increased by 8,4 times. It went to the UK, which is considered the world's largest "golden hub." This frankly negative trend continued this year. On April 1, the leadership of the Central Bank of the Russian Federation announced the suspension of the purchase of this precious metal, and this was not a joke. Gold flowed from Moscow to London from the vaults of banks with state participation: VTB, Sberbank, Gazprombank and Promsvyazbank, about which we are in detail told earlier.

Someone will say that credit institutions simply skim the cream off high prices, but according to all forecasts, gold quotes will only continue to grow. Black Day is yet to come, is it worth it to sell off the only real defensive asset so quickly, transferring it to the camp of geopolitical opponents of Russia? Especially when you consider that the backbone banks of the country do this. Question.

The most interesting thing is that this negative trend was actually launched by the Central Bank itself. The request from the Reutars agency in the mega-regulator was answered as follows:

The Bank of Russia is now buying gold on pricing terms, including discounts that have been set since December 2019.
All last year, the discount with which the Central Bank of the Russian Federation bought gold on the domestic market grew monthly, thereby objectively stimulating the export of precious metals abroad, where the price was higher. Why was this done, another question to the department of Elvira Nabiullina.

Many will be interested to know that, in principle, nothing will prevent the Central Bank from transporting gold from its depositories in Russia abroad, to London itself. The entire regulatory framework giving him such a right is available. For a long time, some independent economists have been proposing to transfer gold from the balance of the Central Bank to the balance of the Ministry of Finance of the Russian Federation. But, as we see in the example of Sberbank, in our realities in practice sound ideas take the most perverted forms.
Reporterin Yandex News
Reporterin Yandex Zen
26 comments
Information
Dear reader, to leave comments on the publication, you must sign in.