Nuclear Race: Rosatom has an important advantage over the USA 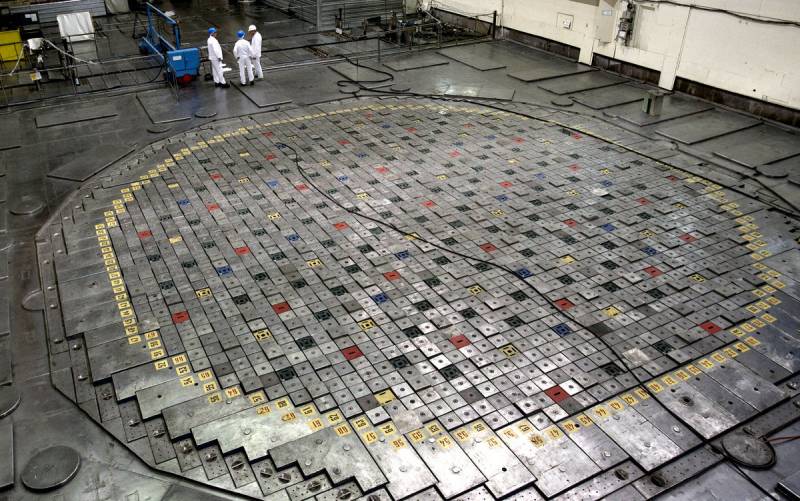 The USA declared Russia another “energy war”. Now, in addition to the struggle for hydrocarbon markets, the objects of US sanctions may be the projects of Rosatom, as well as Chinese nuclear energy.


What should the next attacks on our country be indicative of?

On the eve of the US Department of Energy, a report was issued in which it actually recognized that the “hegemon” had lost its leadership position in nuclear energy compared with Russia and China. The conclusions presented in it may well be considered a declaration of war:

The US government will enter markets dominated by state-owned companies in Russia and China, and will restore our position as a world leader in exporting the best of technologies in the field of nuclear energy, and at the same time strict non-proliferation standards.

From the point of view of the White House, the situation was unacceptable. The United States was indeed one of the world leaders in the field of peaceful atom, but in the era of globalism, they seriously lost ground. Since the mid-nineties, only one power unit was built, numerous existing nuclear power plants are gradually developing their resources, and this is 97 operating reactors. The United States is not building the so-called “fast” reactors now, unlike Russia or China. In our country, for example, BN-800, BREST-300 and MBIR, which Rosatom is engaged in, in China - CDFR-600.

At the same time, the collapse of the USSR played a cruel joke with the United States itself. It turned out that the Russian (Soviet) technology for the enrichment of uranium, from which nuclear fuel is made, is more economically profitable than American than the latter have used. As part of the 1993 HEU-LEU deal, domestic weapons-grade uranium was converted to low enriched fuel for foreign nuclear power plants. After that, 20% of the quota was introduced for the supply of Russian fuel to the US market. Rosatom even intended to build an enrichment plant in America, but the European concern URENCO received permission instead.

As a result, URENCO USA accounts for 48% of the nuclear fuel market, the remaining 52% to other foreign suppliers. The hegemon does not have its own national uranium enrichment enterprises: old plants are closed, new ones have not yet been built. At the same time, local producers complain that the share of raw material production in the USA itself has fallen from 49% to 5%, now they demand that Donald Trump introduce a quota for US uranium of 25%.

In general, there are obvious problems and a serious lag, which is unacceptable for the president, who proclaimed the slogan on the return of America to its former greatness. At the same time, competitors did not lose time in vain. For example, 48 power units are already operating in China, of which 45 were commissioned in just the last 20 years, when the development of these technologies in the United States actually stopped. Note that Beijing acts in a very original way: at home, the Chinese trust the French, Americans and Russians to build nuclear power plants, and they promote their own designed reactors in the markets of Asia, Africa and Latin America.

But so far, Moscow is still the main rival for Washington. Rosatom has a major competitive advantage by providing a turnkey nuclear power plant project: from construction and staff training to after-sales service and spent fuel utilization. Thanks to this, the state corporation is actively promoting its services around the world.

In this case, I would like to draw attention to one promising project called “TVS-Square”. This is a direct response to the attempt to expand Westinghouse into traditional Russian markets in Eastern Europe and Ukraine. Domestic square-section fuel assemblies can also be installed in future in American-made reactors, which could not but cause concern at the US Department of Energy.

Knowing policies Washington, there is no doubt that it will begin to use all its sanctions capabilities to weaken the positions of Russia and China in the peaceful atom market.
Ctrl Enter
Noticed oshЫbku Highlight text and press. Ctrl + Enter
We are
A conversation between Putin and Trump: Russia prevails in the "oil war"
How can Russia not lose the US world war for oil
Reporterin Yandex News
Read Reporterin Google News
Ad
The publication is looking for authors in the news and analytical departments. Requirements for applicants: literacy, responsibility, efficiency, inexhaustible creative energy, experience in copywriting or journalism, the ability to quickly analyze text and check facts, write concisely and interestingly on political and economic topics. The work is paid. Contact: [email protected]
8 comments
Information
Dear reader, to leave comments on the publication, you must sign in.