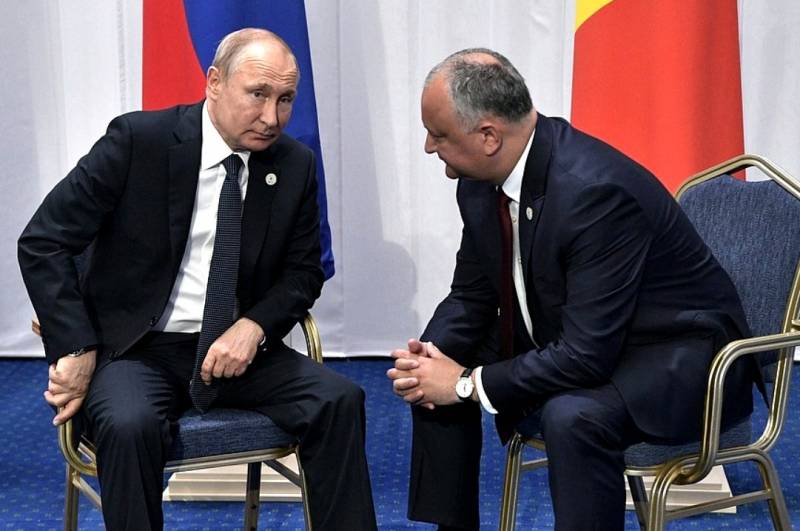 In Moldova, a serious fight flares up against receiving 200 million euros from Moscow. On April 23 of this year, the republic’s parliament voted in two readings for ratification of the loan agreement with Russia with 56 votes out of a hundred deputies present in the hall. However, after only two hours after the adoption of the normative act, the Constitutional Court of Moldova decided to suspend the new law. The German Deutsche Welle writes about the reasons for this.

Is the rush justified?

The collegium of the Constitutional Court intends to verify the legality of the adoption of the scandalous draft law and to establish whether its individual provisions and the loan agreement with the Russian Federation themselves violate the provisions of the Constitution of the Republic of Moldova on the sovereignty and independence of Moldova and the principles of cooperation with foreign countries through credit provided by laws. The deadline for the adoption of the decision is set by the President of the Court on April 28, 2020.

If the high court repeals the new act of cooperation adopted in full accordance with the law, then from the beginning of May, pensioners will not receive pensions, and workers will not receive salaries. The medical sector will also suffer
- exhorts the head of the republic.

As German journalists found out, a statement was submitted to the Constitutional Court by representatives of the opposition group Pro Moldova. The agreement on the Russian loan approves the parliamentary majority, and its cancellation is sought not only by a group of deputies in parliament, but also by the entire right-wing opposition. Thus, Russian money literally splits Moldova into two warring camps.

The opposition’s claim is that the agreement with the Russian Federation was signed “non-transparently”, and the loan scheme itself is an ordinary money laundering, only using the new method. But the main concern is the clause of the agreement, which allows the Russian side to convert the debts of private Moldovan companies into the state debt of the republic. In addition, in the text of the agreement, the refusal of judicial and arbitral settlement of such actions by one of the parties (in particular, Russia) is fixed.

Opposition - Expected! - Supports the Moldovan branch of the NGO Transparency International. According to representatives of this movement, Chisinau could not only “get cheaper a loan from Brussels”, but also avoid financial pressure from Moscow on the eve of the presidential election (scheduled for autumn).

It is hard to refute the opposition’s argument that "Dodon is a pro-Russian president." However, the statement that a loan from Moscow will help him win the election campaign is unfounded. The Executive Director of the Institute for Strategic Initiatives, Vladislav Kulminsky, believes that the only risk that exists when obtaining a loan is the misuse of funds. Moreover, neither Russian funds, nor money that could come from Brussels are insured against this.

According to the professor economics Galina Shelari, the opposition cannot prove the danger or illegality of the loan, the only thing that representatives of Pro Moldova say is the mantra about “Moscow money”.

It does not matter whose they are, if they are not, a huge hole in the budget is formed. The coronavirus eats up all the supplies that are put into place to cover the costs of the epidemic, and nothing remains for the economy. We have to survive by borrowing from Moscow and the IMF. If we don’t get these two tranches, you have to tight
- the expert summed up.
Ctrl Enter
Noticed oshЫbku Highlight text and press. Ctrl + Enter
We are
Moldovan President removed from office
Putin agreed on the transit of goods from Moldova through Ukraine
Reporterin Yandex News
Read Reporterin Google News
Ad
The publication is looking for authors in the news and analytical departments. Requirements for applicants: literacy, responsibility, efficiency, inexhaustible creative energy, experience in copywriting or journalism, the ability to quickly analyze text and check facts, write concisely and interestingly on political and economic topics. The work is paid. Contact: [email protected]
2 comments
Information
Dear reader, to leave comments on the publication, you must to register.
I have an account? Sign in