They want to expel Solovyov from Russian television 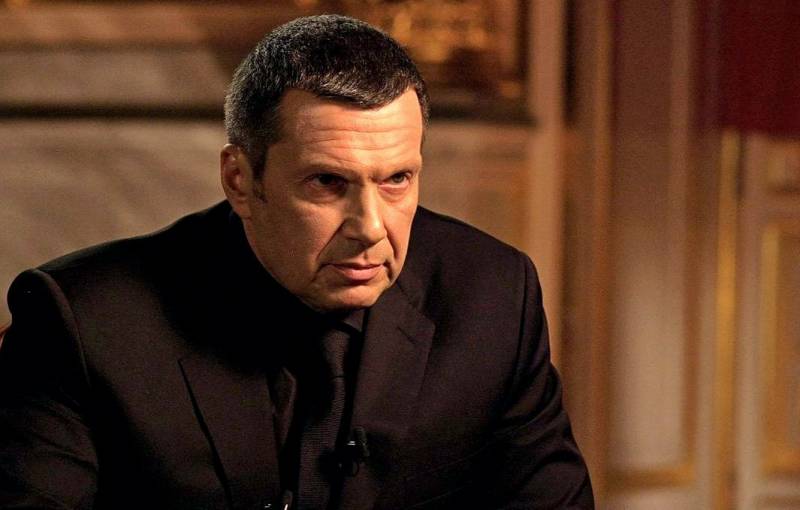 On the Internet on the well-known resource change.org appeared petition for removing the famous journalist and TV presenter Vladimir Solovyov from Russian television.


The petition has many reasons. So, according to the authors, Solovyov acts rudely with guests in a television studio, as well as with radio listeners; often tells a lie, thereby discrediting both Russia and himself; allegedly accepted the citizenship of the NATO country (this is not a crime, just a dishonorable act of a person who positions himself as a Russian patriot); it takes up a lot of expensive airtime of one of the leading state television channels with low ratings of Soloviev’s programs on the YouTube platform.

Vladimir Soloviev replied that he was indifferent to the petitions published on a foreign resource - they did not inspire confidence. In addition, in his opinion, the television audience ultimately votes with a button - there is always the opportunity to switch to another program.

A complaint about the presenter to Roskomnadzor was signed by about 55 thousand people.

Earlier Soloviev kicked out from his political talk show by Ukrainian expert Vyacheslav Kovtun for false and provocative statements about Russia. The presenter said at the same time that he removed Kovtun "now forever."
Ctrl Enter
Noticed oshЫbku Highlight text and press. Ctrl + Enter
We are
Relapse: Solovyov called supporters of the public garden in Yekaterinburg "goats"
“Rooster must answer”: in Yekaterinburg intend to deal with Soloviev
Reporterin Yandex News
Read Reporterin Google News
Ad
The publication is looking for authors in the news and analytical departments. Requirements for applicants: literacy, responsibility, efficiency, inexhaustible creative energy, experience in copywriting or journalism, the ability to quickly analyze text and check facts, write concisely and interestingly on political and economic topics. The work is paid. Contact: [email protected]
65 comments
Information
Dear reader, to leave comments on the publication, you must to register.
I have an account? Sign in