Non-flying year: everything is bad in Airbus, worse in Boeing 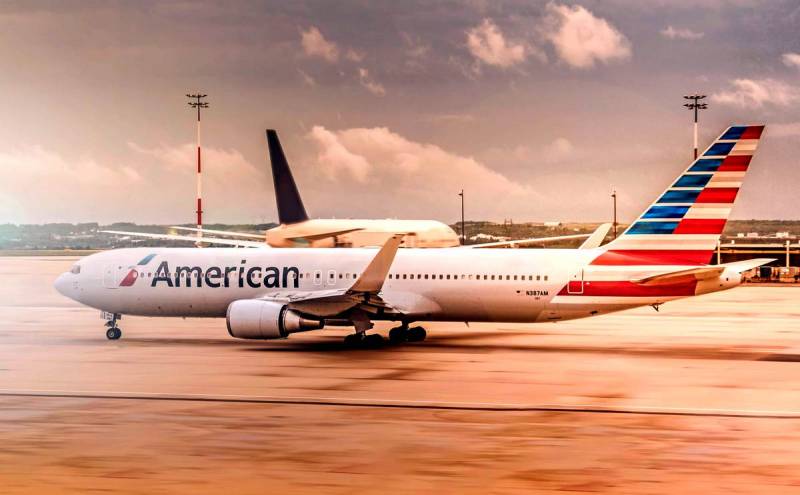 One of the most important prerequisites for a serious increase in the consumption of petroleum products, and consequently, for a stable rise in prices for the “black gold” itself, which everyone in our country so expects, is the resumption of air transportation. At the same time, it is this transport industry that is experiencing the most difficult times because of the global COVID-19 pandemic. As well, however, like all segments associated with it economics and, above all, aircraft construction.


Well, let’s see how things are going today with the global “giants” of the aviation industry and with those who are the main consumers of the winged cars they create - airline companies.

And Boeing is bad and Airbus is bad

In a tense struggle for leadership in the aircraft industry, which has been waged for decades between its two main “pillars” - American and European, by the time the coronavirus pandemic began, the victory quite clearly began to lean towards the side of the Old World. Boeing Co. Concern landed in a real "black strip", the beginning of which was laid by two plane crashes that happened to passenger liners made by him. Their cause, as it later turned out, was a software error in these aircraft, carefully hidden by the company from consumers. Having plunged into the epicenter of a worldwide scandal and become the subject of more than biased investigations by regulators, this manufacturer suffered enormous losses long before the planet became known as COVID-19. Consequently, the starting conditions at the beginning of the current crisis were much worse for him. And this “sharp peak” continues - since the beginning of this year, the group’s capitalization has decreased by almost 60%. No wonder - because of the pandemic, the company was forced to completely stop production at its own enterprises in the United States on March 25th. On April 6, this forced “pause” had to be extended. However, on April 20 at Boeing Co. announced the resumption of the work of their American factories with the "exit to the regular mode of production activity" by April 24. First of all, it is planned to launch enterprises located in the Puget Sound Bay area, located in Washington, where the epidemic situation is quite complicated. Thus, about 27 thousand employees of the corporation will be able to return to their jobs, primarily those who are engaged in the production of aircraft models 747, 767, 777, 787.

Moreover, at Boeing Co. even announced plans for "the beginning of preparatory work aimed at the return to operation" of the ill-fated 737 MAX. However, this is more an attempt to show good spirits in a critical situation than a real assessment of prospects. None other than the representatives of the corporation themselves at the beginning of April stated that another problems were discovered in the software of the flight control system 737 MAX - it’s already good news. In light of this, the latest news report regarding the concern looks much more realistic - about the planned reduction of 10% of workers employed just in the production that brought Boeing Co. so much trouble model that will be about 7 thousand people. In total, about 160 thousand people around the world work at the corporation's enterprises today.

It should be noted that today the main competitor of the Americans, Airbus, is forced to take exactly the same extreme measures. The first step in this direction was the announcement of the dismissal of 3 thousand employees of their own aircraft factories located in the French Nantes, Saint-Nazaire and Toulouse. The figure, it seems, is less, but in reality, one in five of the French personnel of this European company will lose their work (in total, about 130 thousand people work for it). Generally speaking, Airbus has already announced its intention to reduce the production of passenger liners by no less than a third. So the talk that dismissal will please those “whose jobs cannot provide complete protection against the possibility of infection with the coronavirus” is, again, nothing more than a good mine in a bad game. On the other hand, the concern will try not to carry out cuts “according to a strict scheme”, claiming that employees sent on forced “leave” will be able to receive up to 90% of their salary due to compensations, financing of which, according to Airbus, will be largely provided by the French government . The only question is how much these hopes will be justified ...

The actions of aircraft manufacturers, forced to part with a significant part of their personnel and reduce production volumes, are quite understandable. Frankly speaking, the year turned out to be non-flying ... The International Air Transport Association (IATA) recently announced that today the traffic in the Old World is about 10% of their volume in the same period last year. Moreover, the situation continues to deteriorate. According to international aviation agencies, the drop in carrier turnover was about $ 315 billion. In Europe alone, this figure is about 90 billion, while over the past month, the loss has grown by 13% compared with the previous one. What kind of purchases of new aircraft can we talk about in this situation? Here, they would have kept the existing ones, which not everyone can afford too. For example, Austrian Airlines has already announced the adoption of an “updated development strategy”, in which, first of all, it is planned to reduce the fleet from 82 to 60 aircraft by 2022. However, this may not be the final (that is, not the worst) option. Initially, the company planned to “land” only 12 aircraft, but now it’s about 22. It is clear that the oldest planes will be removed from the lines first, whose service life is close to 30 years, but it’s unlikely even to buy new ones in the near future speech will come. Again, and this is also far from the saddest turn of events. Norwegian Air was completely forced to declare recently the bankruptcy of its four branches in Sweden and Denmark, in which 4.7 thousand pilots and crew members were involved. The company's CEO, Jacob Scar, relies only on government support from the governments of these countries, while, however, not expressing confidence that the carrier will receive it.

A huge problem also lies in how exactly air transportation will be carried out, when quarantine restrictions or at least a significant part of them will be removed. With this for now - complete uncertainty, and the ideas put forward today to continue "social distance" also during air flights are met with a rather mixed reaction among carriers. So, until recently, the Hungarian low-cost airline company Wizz Air (the same one that promised to “stretch for at least a year and a half even in the current conditions”), has already announced its readiness to fill its aircraft with only two-thirds to ensure a greater distance between passengers. For example, a liner with a capacity of 180 seats will go on flight, taking on board only 120 people. In turn, the head of another well-known low-cost airline - Ryanair Group, Michael O'Leary, expressed his complete disagreement with the idea of ​​blocking middle seats in passenger aircraft (and this is exactly what they offer to “distance”) and said that the company will resume flights only in In that case, "if the authorities assume the payment of empty seats in our stores," since "making money at a 66% load is completely impossible." In the end, O'Leary went so far as to bluntly call the initiative of the head of the International Air Transport Association (IATA), Alexander de Juniac, about the blocking of seats “idiotic”. In his opinion, airlines should work out measures to prevent infection of passengers that are not associated with a decrease in the carrying capacity of airplanes - otherwise their activities would simply be unprofitable. At the same time, we recall that Ryanair planned to resume 40% of its flights in July, with a doubling of this volume by September. How it will actually be is unknown. On the other hand, de Juniak himself admits that the work of “low-cost airlines” or low-cost airlines is precisely based on increasing aircraft performance not only through more flights, but also maximum occupancy of passenger cabins. He agrees that “neutralizing a large number of seats” will kill a similar civil aviation business model as such.

While there is heated debate and debate in the relevant international organizations, each carrier, as they say, is twisted as it can. For example, Air Canada decided to go their own way - they have already begun to re-equip their three largest passenger Boeing 777-300ER airliners ... into trucks! The same thing happened in Uzbekistan Airways, where two Boeing 767-300ER, which are in a dormant dormancy, “transfer” to cargo. All is better than keeping them simple on earth. Incidentally, this is a very time-consuming and expensive business. I don’t know what about the aircraft mentioned, but, for example, procedures aimed at maintaining the fairly common Airbus A330 machines in working condition are estimated at about 400 man-hours. Only the wheels of the liners need to be rotated daily - otherwise they will sag so much under the weight of the multi-ton machine that the liner will subsequently neither be able to take off nor land. But there is still maintenance of engines, electronics and other things ...

The only way to save airlines in the current conditions is likely to be only the most powerful state support. So, Lufthansa has already explicitly stated that with any other option, it simply will not survive. Now the company is in intensive negotiations with the governments of Austria, Switzerland, Belgium, and, above all, its native Germany, begging them for help, which should already consist not only in lending, but also direct investment from the mentioned states. The first, it seems, to the inevitability of such an approach came in the United States. There, the Ministry of Finance announced the payment of almost $ 3 billion to the two largest air carriers in the country and 54 to smaller ones. The list of "lucky" included Allegiant Air, American Airlines, Delta Air Lines, Southwest Airlines, Spirit Airlines, United Airlines and others. In total, the United States plans to provide its airlines with financial assistance worth $ 25 billion. Well - it will be possible to save the carriers, most likely the aircraft manufacturers will also survive. Otherwise, we all expect a rather dull future, devoid of heaven.
Ctrl Enter
Noticed oshЫbku Highlight text and press. Ctrl + Enter
We are
Peace enforcement operation. Russia inflicts a preemptive strike on Kiev
“The dark August night came the one whom the Ukrainians were waiting with horror”
Reporterin Yandex News
Read Reporterin Google News
Ad
The publication is looking for authors in the news and analytical departments. Requirements for applicants: literacy, responsibility, efficiency, inexhaustible creative energy, experience in copywriting or journalism, the ability to quickly analyze text and check facts, write concisely and interestingly on political and economic topics. The work is paid. Contact: [email protected]
7 comments
Information
Dear reader, to leave comments on the publication, you must to register.
I have an account? Sign in