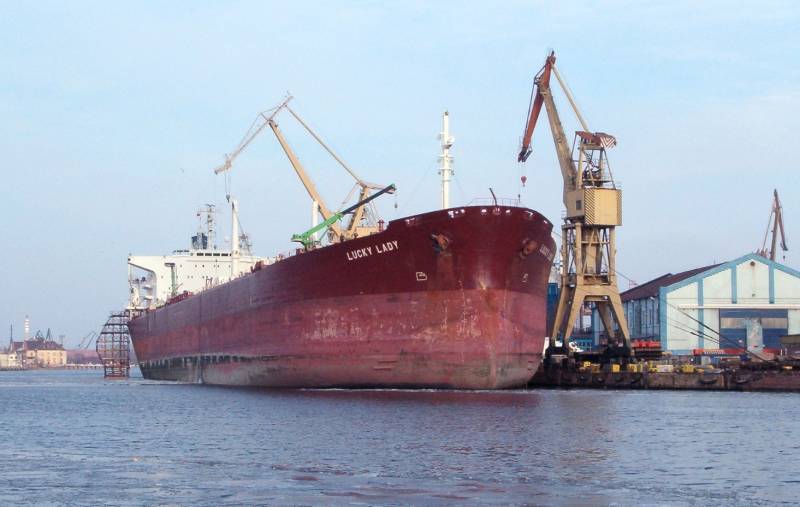 Due to the fall in commodity prices caused by the COVID-19 pandemic, tankers stopped transporting Russian oil to Poland. But Warsaw began to actively buy oil from Riyadh. This was reported by Reuters, citing data from traders and marine navigation resources.


It is clarified that only two ships are currently going to Poland from Russia. They left Primorsk and Ust Luga and are sent to Swinoujscie and Gdynia, but they are not transporting oil, but oil products. At the same time, in April, Poland acquired a record 560 thousand tons of Arab Light crude oil from Saudi Arabia. Three tankers with this oil are now going to Polish Gdansk right away.

The agency notes that in May Poland will maintain the volume of oil supplies from Saudi Arabia. At the same time, deliveries to the Poles of Russian oil through the Druzhba trunk pipeline will continue. Pipelines Russia supplies to Poland 80% of all its oil exports to this country.

It is emphasized that earlier statements were repeatedly made from Warsaw regarding the desire to reduce the share of Russian oil in the Polish market. In January 2020, the Polish company PKN Orlen announced that it intends to increase imports of Saudi oil from 300 thousand tons to 400 thousand tons per month.

As demand falls, competition gets tougher. Saudis are not worried about the issue of delivering oil over longer distances. Maybe Russia should think about special offers.
- Reuters reported at a European refinery.

At the same time, traders are sure that Russia is still in a better position, since most of the oil is delivered to Poland through the aforementioned Druzhba pipeline. This reduces the cost of the tanker fleet.

According to Reuters, in April, Riyadh will release 29 million barrels of oil to the European market, after which Saudi Arabia’s share in this market will become even greater.

Before that, Saudi Aramco published oil prices for April and May of this year. It was indicated that for Northwest Europe, Light brand raw materials will be sold at a discount of $ 10,25 per barrel from Ice Brent quotes. That is, Saudi Arabia dumps, selling oil cheaper than even the Russian brand Urals.
Ctrl Enter
Noticed oshЫbku Highlight text and press. Ctrl + Enter
We are
Germany stopped accepting Russian oil for Friendship
Poland: Russians will be responsible for dirty oil
Reporterin Yandex News
Read Reporterin Google News
Ad
The publication is looking for authors in the news and analytical departments. Requirements for applicants: literacy, responsibility, efficiency, inexhaustible creative energy, experience in copywriting or journalism, the ability to quickly analyze text and check facts, write concisely and interestingly on political and economic topics. The work is paid. Contact: [email protected]
21 comment
Information
Dear reader, to leave comments on the publication, you must to register.
I have an account? Sign in