“Shouting at each other”: details of Putin’s conversation with Prince Muhammad are revealed 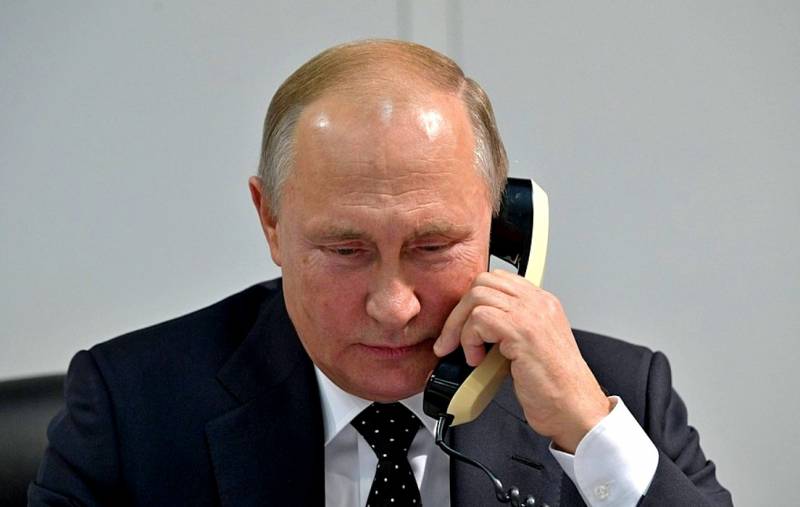 Shortly before the start of the oil price war initiated by Saudi Arabia, an unpleasant conversation took place between Putin and Saudi Prince Mohammed bin Salman over the telephone, the Middle East Eye reports, citing its sources.


The prince delivered an ultimatum to the Russian leader and threatened to throw large volumes of oil onto the market. The tone of the dialogue quickly shifted to an increased one. At the same time, according to the source, the leaders of the countries shouted at each other, turning to the individual. As a result, the conversation was terminated.

After this quarrel, earlier agreements between Moscow and Riyadh on the possible acquisition by the Saudis of Russian air defense systems came to naught.

The Saudi official revealed other interesting details of this conversation:

A telephone conversation with Vladimir Putin took place with the tacit consent of Jared Kushner, the son-in-law of US President Donald Trump. Kouchner is one of King Salman’s most important associates in the White House. He did not interfere with this idea, and the prince found this approval.

At first, Donald Trump was positive about the sharp fall in prices for “black gold”, which made it possible to fill American oil storages with cheap fuel, but then, after protests by US oil producers, his opinion changed.
Ctrl Enter
Noticed oshЫbku Highlight text and press. Ctrl + Enter
We are
“Because they are dumb”: the Saudis explained the motives for the attacks on oil facilities
Details of the "deal of the century" of the USA in the Middle East
Reporterin Yandex News
Read Reporterin Google News
Ad
The publication is looking for authors in the news and analytical departments. Requirements for applicants: literacy, responsibility, efficiency, inexhaustible creative energy, experience in copywriting or journalism, the ability to quickly analyze text and check facts, write concisely and interestingly on political and economic topics. The work is paid. Contact: [email protected]
52 comments
Information
Dear reader, to leave comments on the publication, you must to register.
I have an account? Sign in