2010 repeat: a new test awaits Russia after the pandemic 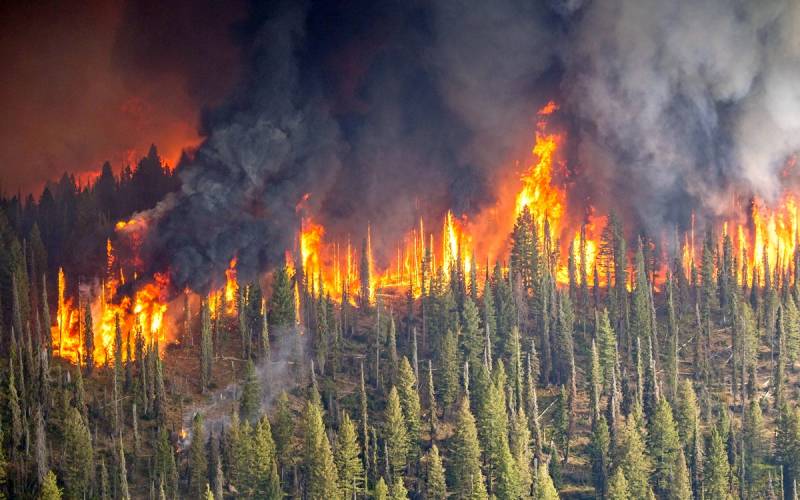 The year 2020 will be very difficult for Russia. The coronavirus pandemic paralyzed the normal functioning of the country and drove the population home. Most likely, the regime of the so-called "self-isolation" will last until May inclusive.


But then we can be overcome by new misfortunes caused by the past abnormally warm winter: crop failure and forest fires.

Winter 2020 “pleased” the Russians with positive temperatures. A lack of moisture in the soil with a high degree of probability will adversely affect the future crop. Even spring rains are unable to fully compensate for the moisture loss that the soil did not receive during the winter. As a result, domestic farmers may run the risk of getting a smaller crop.

And the situation with Russian agriculture is not as rosy as it is usually imagined. Here is how the president of AKKOR, deputy chairman of the State Duma committee on agricultural issues, Vladimir Plotnikov comments on this:

Production indicators are growing, productivity is growing, we are increasing the production of grain, vegetables, meat, milk, etc. Record numbers. Only the main indicator does not grow - the indicator of farmers' profitability ... Half of the small forms of management have a profitability of 2-3%.
At the same time, costs are constantly growing, they can only be compensated with the help of the state. According to Plotnikov, with reference to the census data from 2016, 89,3% of peasant farms, 86,2% of microenterprises and 67,3% of small enterprises in the field of agriculture do not receive state support. A logical question arises: what will happen to small-scale farmers if there is a crop failure? The state’s financial support capabilities will be reduced, and because of the pandemic, the volume of population’s consumption will decrease, and logistics will become more expensive.

An abnormally warm winter will probably negatively affect the situation with forest fires. A repetition of the “hellish summer" of 2010, when more than 22 thousand fires were registered, is already forecasted. All the prerequisites for this are available.

At first, a unified centralized forest protection service having a powerful material andtechnical the base and thousands of foresters were liquidated back in 2007 as part of the adopted Forest Code, and over the past 13 years no adequate alternative has been created for it.

Secondlyforest soils also did not receive enough moisture during the winter, which will contribute to fires and the spread of fires.

Thirdly, immediately after the quarantine, exhausted by voluntary-forced "self-isolation" people rush to nature, to barbecue, mushrooms and berries. It is no secret that people are one of the main causes of forest fires. To this should be added the "economic" activity of the "black loggers", for whom the unconstitutional regime of "self-isolation" is a complete expanse.

After passing the test "oil pipes", Russia will soon have to face fire and water.
Ctrl Enter
Noticed oshЫbku Highlight text and press. Ctrl + Enter
We are
Peace enforcement operation. Russia inflicts a preemptive strike on Kiev
Three years left: Ukraine will be sold in parts
Reporterin Yandex News
Read Reporterin Google News
Ad
The publication is looking for authors in the news and analytical departments. Requirements for applicants: literacy, responsibility, efficiency, inexhaustible creative energy, experience in copywriting or journalism, the ability to quickly analyze text and check facts, write concisely and interestingly on political and economic topics. The work is paid. Contact: [email protected]
16 comments
Information
Dear reader, to leave comments on the publication, you must to register.
I have an account? Sign in