Dozens of Turkish fighters seen in the sky of Libya 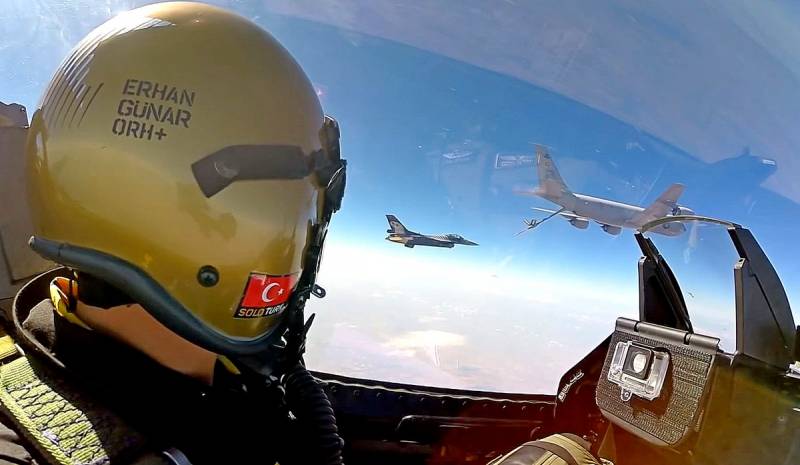 The military of Greece reported the appearance of 16 Turkish F-16 fighters in Libya. The planes hit the Greek radars on April 18th. In addition, in the Mediterranean sky, three Turkish Air Force KC-135R refueling aircraft were seen, necessary for refueling fighters operating over long distances.


The Greek military recorded a total of more than a dozen fighters, and they all crossed the air border of Libya. In addition, Turkish aircraft flew into Greek territory, and it almost came to direct armed clashes. 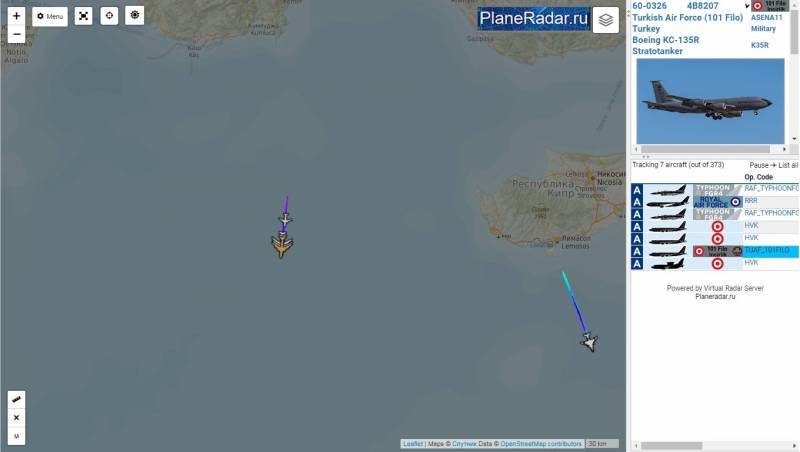 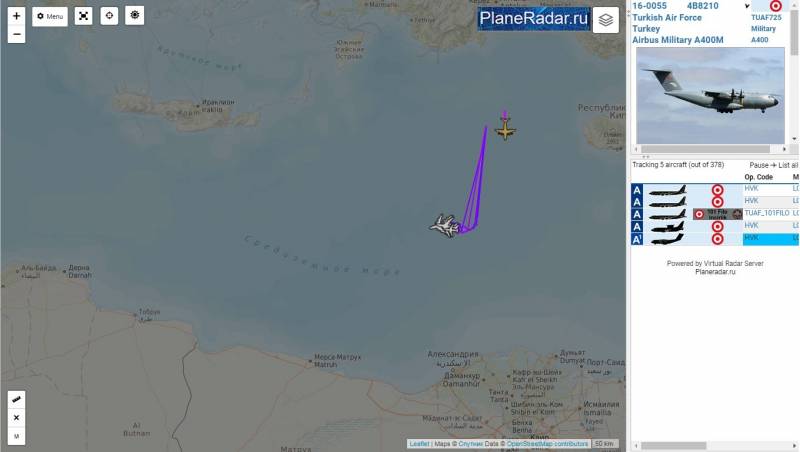 KC-135R tanker planes as well as an E-7T reconnaissance aircraft at a waiting point
Apparently, the aircraft participated in the development of offensive operations in Libya, where official Ankara has long supported the so-called Government of National Accord (PNS). According to the official speaker of the LNA, Ahmad Mismari, Turkish forces are preparing for a large-scale attack on the LNA position. So, attacks on the objects of the Libyan national army on the ground, as well as on troops near the confrontation line, were imitated.

Turkey’s aggressive actions indicate that the Turkish authorities do not seek to resolve the situation in Libya, but, on the contrary, undermine it, pursuing their own militarypolitical interests in this country.
Ctrl Enter
Noticed oshЫbku Highlight text and press. Ctrl + Enter
We are
Marshal Haftar aviation strikes Turkish military
Libya: Parliament Army Announces Armistice with Government
Reporterin Yandex News
Read Reporterin Google News
2 comments
Information
Dear reader, to leave comments on the publication, you must sign in.