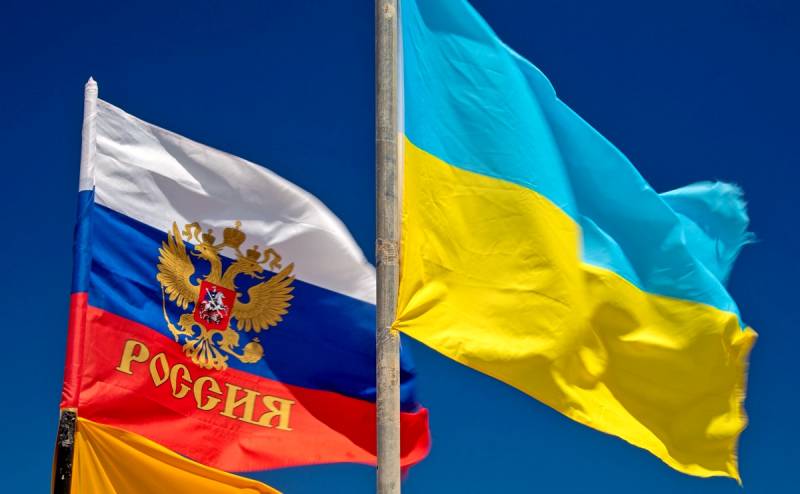 Regularly reading the comments of some readers with regards to “and they have Saakashvili running around the squares”, I wanted to give a detailed answer to those who, for the sake of a red word, consider it necessary to contrast Ukraine and Russia. Our native TV also likes to do this, with the subtext “this is what the lack of wise leadership leads to”, most often while paternally chuckling at “non-fallow” ones. Invite to all kinds political show "Ukrainians" to publicly them ... What - to make fun of? To regret To criticize?


However, if you observe what is happening closely enough, then interesting details may appear.

For example, from January 1, 2018, the minimum insurance period that Ukrainians need to qualify for pension payments has increased from 15 to 25 years. What happened next with pension provision in the Russian Federation is known to everyone. However, not everyone is aware of the presence on the official website of the IMF’s permanent mission in the Russian Federation of a curious document under the discreet title “Russian Federation. 2017 consultations in accordance with Article IV. Press release and staff report; IMF Country Report No. 17/197, publicly available July 10, 2017. On page 14 of this Report, in the “Position of the Official Bodies” section, you can find out that the pension “reform” in the Russian Federation was planned long before the 2018 presidential election. From the same report, you can learn about discussing VAT increases.

Who are these faceless “official bodies”? We do not know this for sure, however, on page 2 of the same Report we read:

“Discussions in connection with the 2017 consultations in accordance with Article IV took place in Moscow from May 10 to 20 ... The mission met with Finance Minister Siluanov, the Minister economics Oreshkin, Chairman of the Central Bank Nabiullina, other senior officials and representatives of financial, scientific and commercial organizations ... ".

As we see, since then none of them has left the composition of the “new-old government”. With the exception of Maxim Oreshkin, who became ... an assistant to the president.

Let's take another episode. On May 10, 2018, the Ukrainian government listened to the advice of the “American healer” Suprun and allowed women to “work hard” in mines and uranium mines - Prime Minister Groysman proposed that the Verkhovna Rada of Ukraine lift the ban on Ukrainian women from working in harmful and difficult working conditions and underground work. It was decided that the Code of Labor Laws should abolish the article, which prohibits the use of women's labor in hard work and in work with harmful or dangerous working conditions. Some laughed at the “non-brothers”, at their “down with sexism and Soviet atavisms!” and forgot.

And on September 20, 2018, the head of the Federation Council, Valentina Matvienko, became concerned about the situation with gender equality in the world.

Reducing the gap in employment between women and men by only a quarter would add about 4% of the growth of the global economy
She said. And the next day, the Ministry of Labor of the Russian Federation announced that it would review a list of 456 “prohibited” professions for women.

In particular, restrictions on work in the bakery, on air, sea, river and rail transport, work as drivers of heavy vehicles and special drivers are removed equipment
- said Minister Maxim Topilin.

He emphasized that the adoption of the updated list “will expand the opportunities for women to find work and ensure fair working conditions”.

Well, a fresh example, of course, where without it. On April 16, 2020, the Verkhovna Rada changed the rules of its work, setting restrictions on amendments to bills. 242 people's deputies voted “for” changes to the parliament’s work regulations, 15 people spoke “against”.

The background is simple - the IMF, in order to single out the next tranche, requires the adoption of the so-called “anti-Colomian law” and “land law”. The first will deprive Ukraine of sovereign management of the banking system, the second will allow the sale of its land. Patriots from among the deputies of the Verkhovna Rada used the regulations for adopting bills to “slow down” this lawlessness - they proposed numerous amendments to it, each of which had to be considered without fail. So, after the adoption of the “anti-Colomian” bill in the first reading in the Verkhovna Rada, 16 amendments were submitted to it. Now, the adopted draft law “On Amending the Rules of Procedure of the Verkhovna Rada of Ukraine to Combat Abuse of the Rights of People’s Deputies in the Legislative Procedure” provides for an addition to the Rules of Procedure of the Verkhovna Rada with an article entitled “Special Procedure for Considering Bills on Second Reading”. This means that MPs are now given a certain number of permissions to make amendments in order to avoid "abuse" of the regulations of the Parliament. Well, what - the crisis is approaching, not before discussions.

And so, according to the tsargrad.tv and mk.ru portals, on April 17, thanks to a scandal in our State Duma (Vyacheslav Volodin suspected Communist Party deputy Denis Parfenov of having foreign citizenship), it became known that the procedure for adopting “anti-crisis” laws was simplified to the limit. When discussing the agenda, Sergei Ivanov (LDPR) asked whether, as was the case in all the recent “plenary sessions,” when discussing priority bills (those related to anti-crisis events) in the first reading, it is impossible for deputies to ask questions to speakers. The speaker replied that indeed, “within the framework of the agreements reached at the Council of the Duma,” when considering bills in the first reading of speeches of political factions with the rationale for their positions, it is not supposed. As in the second and third readings - “we generally agreed that speeches would not be required here,” said the speaker.

Another observation - on Thursday, the State Duma Committee on Information Policy, Information Technology and Communications approved for a second reading the government bill "On a unified federal information register containing information about the population of the Russian Federation."

Information of all official data on a citizen in a single register of the population will determine the average per capita income of the family, use this information, including for the provision of targeted social assistance
- said the deputy head of the Federal Tax Service Vitaly Kolesnikov.

In the context of coronavirus infection, it is obvious that we lack such a law
- supported his head of the committee, Alexander Khinshtein.

In this regard, questions arise - is this bill included in the number of “anti-crisis measures” and will it be adopted by a simplified procedure? What bills can be summed up under the concept of “anti-crisis”? It is clear that the rapid development of the situation with coronavirus requires the adoption of operational decisions, but it would be nice to have a mechanism to limit the "appetite" of lawmakers in the generation of "anti-crisis initiatives."

In conclusion, I would like to ask the “sharks of show business” - do you really want the citizens of the Russian Federation to closely monitor events in a neighboring state and compare current events? Comparison - a thin thing ...
Ctrl Enter
Noticed oshЫbku Highlight text and press. Ctrl + Enter
We are
Ukraine from the inside: traitors, curators and those who watch from the Kremlin
Ten "defeats" of Putin
Reporterin Yandex News
Read Reporterin Google News
Ad
The publication is looking for authors in the news and analytical departments. Requirements for applicants: literacy, responsibility, efficiency, inexhaustible creative energy, experience in copywriting or journalism, the ability to quickly analyze text and check facts, write concisely and interestingly on political and economic topics. The work is paid. Contact: [email protected]
7 comments
Information
Dear reader, to leave comments on the publication, you must to register.
I have an account? Sign in