Russian attack helicopter defiantly flies over US convoy in Syria 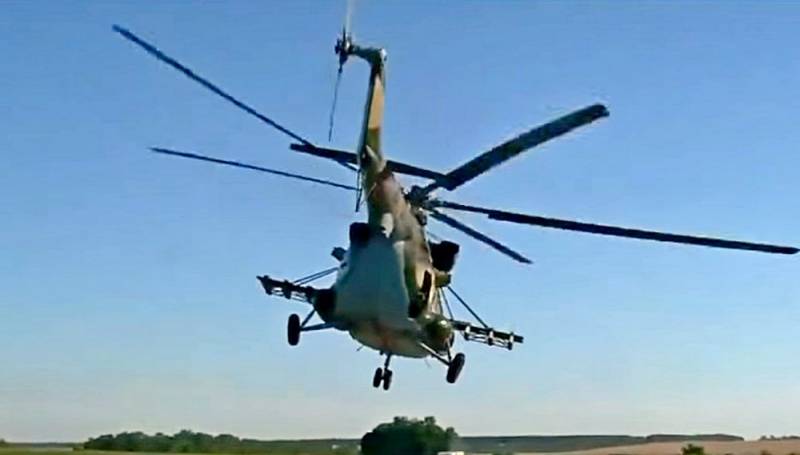 Social media users are discussing a video from Syria in which a Russian Mi-8 helicopter in an attack modification defiantly flies over a convoy of US military moving along the road. The video was shot by US military personnel traveling on an International MaxxPro armored personnel carrier.


It should be noted that the aforementioned armored personnel carriers are manufactured by Navistar International and adopted by the US Army in 2007. The video itself was filmed from within an American vehicle. So his type was determined by the characteristic lattice on the side window.


We remind you that recently Web users discussed photos from Syria. Then it was assumed that the Russians were preparing to block the road in the area of ​​the city of El-Kamyshly when the US patrol appeared.

In addition, Russian combat helicopters usually accompany convoys of Russian military police moving along Syrian roads or circling over roadblocks. Consequently, the US military in the video can just go where the Russians are.

It must be added that recently, Americans have repeatedly demonstrated their “partnership” attitude to Russians. For example, they blocked (blocked) roads in front of Russian military patrols, did not let them pass when overtaking, and even tried to push them off the road, threatening the lives and health of Russians. So there is no reason for the US military to be surprised at the Russian helicopter flying low over them.
Ctrl Enter
Noticed oshЫbku Highlight text and press. Ctrl + Enter
We are
Road blocking: Russian troops have adopted the tactics of the Americans in Syria
Published video of the pursuit of Americans by the Russian military in Syria
Reporterin Yandex News
Read Reporterin Google News
Ad
The publication is looking for authors in the news and analytical departments. Requirements for applicants: literacy, responsibility, efficiency, inexhaustible creative energy, experience in copywriting or journalism, the ability to quickly analyze text and check facts, write concisely and interestingly on political and economic topics. The work is paid. Contact: [email protected]
15 comments
Information
Dear reader, to leave comments on the publication, you must to register.
I have an account? Sign in