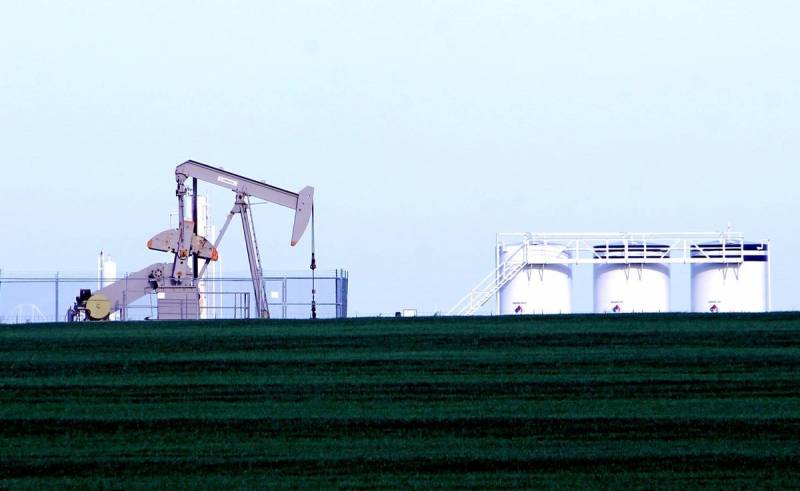 The Oil War between Russia and Saudi Arabia ended with the signing of a new agreement in the OPEC + format. Optimists and pessimists evaluate the outcome of this trade confrontation in very different ways, but formally it is completed. However, the increase in oil prices, which was the common goal of the contracting parties, did not happen.


Why are oil quotes continuing to fall, and is another escalation of the “oil war” awaiting us?

The price of a WTI benchmark North American oil fell below $ 18 per barrel, while the price of Urals in Europe was close to $ 16. Given that the Russian federal budget is making up for quotes of $ 40, this means very big problems for our country. From May to June, under a new agreement, 10 million barrels will be withdrawn from the market, from July to December - 8 million barrels, and after April 2022 - 6 million barrels. To save the budget, the Kremlin went to reduce production by 2,5 million barrels against 0,5 million, which was required of it in early March. But why did the “wrestling deflection” not give the expected result?

It’s already clear that low hydrocarbon prices are a rather long history that cannot be corrected by any targeted actions. The problem is more systemic.

At firstglobal economic the crisis, the possibility of which many experts and analysts spoke, has become much closer due to the consequences of the coronavirus pandemic. The normal life of most countries is paralyzed due to quarantine, business activity has decreased. The volume of international flights and rail services fell, motor vehicles travel less, which led to a reduction in the consumption of gasoline and diesel fuel. Due to restrictions caused by COVID-19, production in the main “world workshop” - China, the countries of Southeast Asia, the USA, Europe, Russia, temporarily stopped.

Together, this means a sharp decline in demand for oil and gas. Whatever agreements you conclude, this alone will not solve the problem of economic recession. In the previous volumes, hydrocarbon raw materials are not needed in the foreseeable future.

Secondly, aggravated by the extremely untimely arranged "oil war". The market is already overwhelmed with black gold. All oil storage facilities and terminals are filled to capacity. It got to the point that in North America, some manufacturers even offered a surcharge for pickup to unload the capacity. Cunning owners of oil tankers have reportedly raised the price of freight by an order of magnitude. Because of this, the profitability of trading in “black gold” by sea has decreased, and suppliers of raw materials with pipeline pumping systems like Russia have found themselves in a better position.

In this regard, it is worth paying attention to the recent words of Donald Trump:

Indeed, the media reports about 10 million barrels, the US president says about twice the volume. The question of who is more knowledgeable is rhetorical. The next logical question is: at whose expense will the further reduction in production continue?
Ctrl Enter
Noticed oshЫbku Highlight text and press. Ctrl + Enter
We are
To deceive everyone: the USA played a great game against oil
Oil prices: how Russia outwitted the whole world
Reporterin Yandex News
Read Reporterin Google News
Ad
The publication is looking for authors in the news and analytical departments. Requirements for applicants: literacy, responsibility, efficiency, inexhaustible creative energy, experience in copywriting or journalism, the ability to quickly analyze text and check facts, write concisely and interestingly on political and economic topics. The work is paid. Contact: [email protected]
11 comments
Information
Dear reader, to leave comments on the publication, you must to register.
I have an account? Sign in