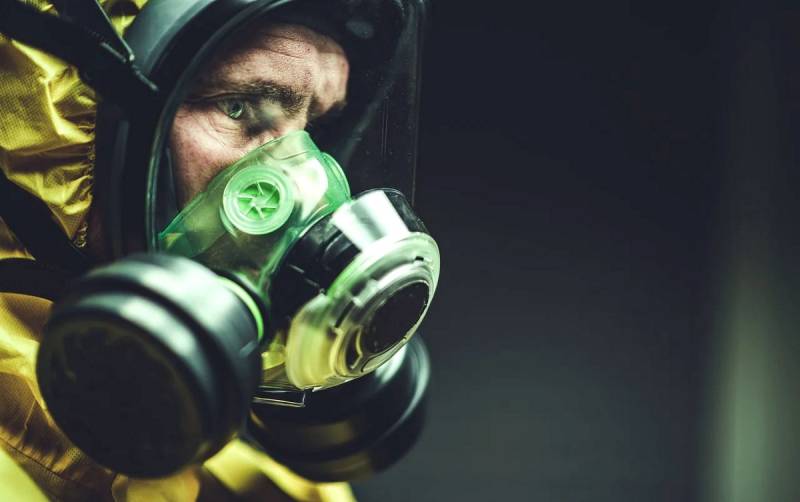 Coronavirus pandemic has already caused great damage to the Russian the economy, sharply reducing business activity and contributing to a drop in hydrocarbon prices. It seems that the regime of so-called "self-isolation" can decently drag on, capturing not only April but also May. Considering that many people in our country are forced to work according to “gray schemes” and therefore cannot rely on compensation, and the older generation will rush to their gardens and beds in a couple of weeks, large-scale discontent cannot be avoided.


Without denying the need to introduce restrictive measures to combat the coronavirus pandemic, one has to ask a question: how legitimate are the measures taken by the authorities and what will be the next inevitable reaction from society?

Let's try again to separate the flies and cutlets. Yes, restrictions are needed, the experience of Wuhan and China as a whole has shown that quarantine helps to overcome the spread of COVID-19. But the fact is that we have no “quarantine” in Russia. Instead, the legally unregulated concept of “self-isolation” was introduced.

President Putin, a lawyer by training himself, who for years created the regime of manual control of the country in the format of the notorious "power vertical", has now "self-isolated", entrusting the governors with a pandemic, and periodically telecoms with frightened Russians from the "bunker". And the independent actions of the governors cause a lot of questions. For example, the head of the Nizhny Novgorod region introduced a regime for controlling the movements of his population through QR codes. An ineffective access control system in Moscow created on the eve of a real collapse in the metro of a multi-million megalopolis. Instead of preventing coronavirus disease due to the actions of the city authorities, conditions were created for the infection of COVID-19 Muscovites and visitors.

According to Art. 27 of the Constitution of the Russian Federation, all citizens of Russia have the right to move freely and choose their place of residence. The restriction of these inalienable rights, in accordance with Art. 55 of the Constitution, it is possible only on the basis of federal law. Now, many legally savvy people are asking a fairly fair question why President Putin, the guarantor of this very Constitution, does not introduce an emergency or emergency regime, which is the legal basis for quarantine measures.

On April 1, the head of state signed a law on empowering the Cabinet of Ministers with the authority to introduce a high alert and emergency, including because of epidemics. There was a certain gap in the emergency law: the epidemic was not explicitly stated as the basis for introducing an emergency situation in the country. Now it has been very quickly eliminated, but the law has not been applied, although many, for example, business representatives, insistently demand this. Why?

First of all, we must not confuse emergency situations and emergency situations (state of emergency). The latter is a much tougher regime, which provides for the restriction of the rights and freedoms of citizens, their mobilization, relocation to other regions, etc. Emergency in Russia is a fairly common practice due to regular floods, forest fires, and other natural and man-made disasters. Usually an emergency is declared at the regional level, but recent innovations have given such authority to the federal government.

If you call a spade a spade, the coronavirus pandemic is an emergency of a biological and social nature. For this regime, in contrast to “self-isolation”, there is a developed regulatory framework and a unified state system for preventing and combating emergencies, in which all relevant departments should be involved: the Ministry of Health, the Ministry of Transport, the Ministry of Emergencies, the Ministry of Internal Affairs, Rospotrebnadzor and others, as well as whole civil defense system. In the structure of the Ministry of Emergencies there are rescue centers, aviation rescue centers, there are special reserves of material resources (medicines, transport, communications, food, protective equipment, fuel, etc.). Work plans have been developed, there are trained officials with personal responsibility for the results of their actions.

However, this powerful mechanism remains unused. Instead of the emergency mode, “self-isolation” has been introduced, where professionals should work, parallel civilian structures, such as the operational headquarters and the working group of the State Council, are leading the fight against pandemics. The result is so far appropriate, the normal functioning of the country is paralyzed. Meanwhile, the May holidays, the “garden season” among senior citizens, sessions and vacations among schoolchildren and students are approaching.

So still, why is the emergency mode still not introduced? Now in some media publications have begun to appear justifying this decision. If you believe them, this mode will hit a business related to logistics, food delivery, etc. Some experts point out that unscrupulous entrepreneurs use emergencies as a basis for failure to fulfill their obligations under contracts and employment contracts. The population is frightened by the confiscation of their property, for example, cars for solving mobilization problems.

But there is another look at this problem, which is expressed in social networks. Here is what one such “evil language” writes:

Under quarantine and emergency, the state announces force majeure, and all agreements lose their force, including mortgage agreements. The state becomes the guarantor of fulfillment of obligations, it incurs costs. During isolation, you sit at home without work and money, and you are responsible for your financial risks.
Probably the truth is somewhere in between. It is clear that the real emergency situation is not sugar at all, and a certain financial assistance from the state is promised. It is possible that the emergency mode will still have to be applied, for example, in Moscow, if the situation is not taken under control by the civil authorities.
Ctrl Enter
Noticed oshЫbku Highlight text and press. Ctrl + Enter
We are
“With Russians it’s worth playing fair or not playing at all”
Where is Russia going?
Reporterin Yandex News
Read Reporterin Google News
Ad
The publication is looking for authors in the news and analytical departments. Requirements for applicants: literacy, responsibility, efficiency, inexhaustible creative energy, experience in copywriting or journalism, the ability to quickly analyze text and check facts, write concisely and interestingly on political and economic topics. The work is paid. Contact: [email protected]
19 comments
Information
Dear reader, to leave comments on the publication, you must to register.
I have an account? Sign in