What is behind the US boycott of the World Health Organization 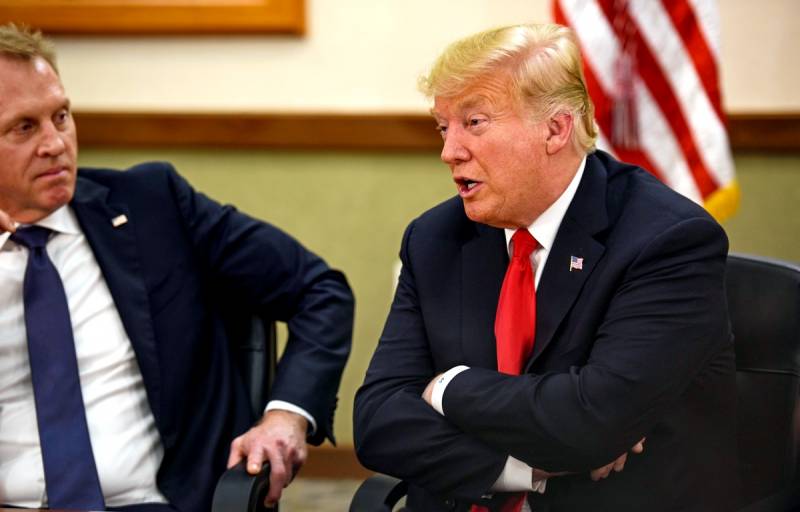 This is not to say that the decision taken by the head of the White House in the midst of the coronavirus pandemic to stop funding the World Health Organization was such a surprise. First, Trump has long threatened to boycott WHO. Secondly, recently having heard the wildest statements and threats of Trump, people with a realistic mindset react to them with the words: “This one can!”


Nonetheless, the refusal to allocate funds to the only international organization that is trying today (whether it’s good, bad, but trying) to fight the infection that has infected the world has provoked a reaction as unanimous as it is sharply negative. Why did the leader of the United States do this and what could be the consequences?

Who should be appointed guilty?

The president of the United States substantiated his unprecedented decision, which was announced at a regular press conference, putting forward a heap of accusations against WHO, one more significant than the other. According to him, the "world doctors" "made serious mistakes in responding to the spread of coronavirus." This is a time. Two (and this is already much more serious), the UN structure, according to Trump, "was engaged in hiding data about a new disease from the world community", "did not bring to its attention vital and true information." Which, accordingly, led to "terrible deaths and economic devastation." First of all, in the USA, for Trump will spit deeply on other countries. As a justification for this reproach, the head of the White House is trying to recall WHO’s post on her Twitter page, allegedly made on January 14 and saying that "China has no evidence that the virus can be transmitted from person to person." At the same time, the documented fact is completely ignored that a few days before this tweet (even if it was), WHO sent a number of countries, including to the United States, official reports from Wuhan, where black and white identifying the possibility of infection with human COVID-19 and recommendations were made to take this risk factor into account. The “bite of the bit” Trump, as usual, hears only himself and practically declares WHO the main culprit of the pandemic. However, perhaps the main point of accusation and (Trump would not have been Trump. If he had sounded differently) is that the Organization, from the very beginning of the pandemic, "dances to the tune of China." She, you see, "took at face value the statements of Beijing and defended its actions." Even "praised China." Horrible!

The American president is stubbornly trying to prove: at the end of January, WHO “opposed the travel restrictions from China and other countries” and this “most costly and dangerous erroneous decision” became “catastrophic” and cost humanity “a myriad of lives.” In a word, China is to blame for everything, and at the same time its vile and unprofessional accomplices from WHO. Atu them! Dust, red-hot iron and filthy broom! Trump has not yet urged to burn the WHO offices and lynch its employees, but he intends to “hit with the dollar” in all seriousness, while at the same time showing a fair zeal: they gave us the most money, and they turned out to be “oriented primarily to China". Scoundrels ... Some “evil tongues” are inclined to believe that the vigorous shish brought by the head of the United States under the nose of the World Health Organization is largely a response to trump's childish resentment to the rather harsh speech of its general director Tedros Gebreyesus, who was completely brought up with endless reproaches and accusations from White House. In the end, Hebreus advised the president to "stop politicizing the virus." Otherwise, as he promised, "you will get much more bags of corpses." According to what was said, it turned out ... On the other hand, the main answer to the questions: “Why?” and "Why now?" lie in a slightly different plane than the turbulent emotions of the president. Elections are the key to this story. What do you want the poor man to do, who, by the time of the re-election attempt for a second term, instead of “America made great again”, has in his hands a country with agonizing the economy and a population dying of coronavirus ?! That's right - quickly appoint the culprits of all this nightmare. And, of course, without blaming yourself, your beloved, and once again declaring China the source of evil. Well, and WHO to the heap ...

“Crime against humanity ...” Have you just noticed?

Trump’s campaign headquarters openly declares that he intends to make it the Athenic Chinese rhetoric that is the cornerstone of his re-election campaign. As the sociologist John McLaughlin, who works in this team, admits, it is using the theme of the Celestial Empire that they intend to “wet” the main rival, John Biden, for whom, as the current president’s supporters believe, this topic is a “weak point”. You see, he criticized Trump's bans on Chinese entry into the USA, and his son has some kind of business dealings with them ... In a word, it’s solid policy, and the most dirty injury. Based on the warning of Hebreysus, the United States will still need a lot of black bags. What is characteristic, the ardent support of the decision of the head of the White House, so wildly looking against the backdrop of the global calamity, so far sounds exclusively from the lips of his closest associates and Republican party members. The rest of the world, to say the least, is in shock. The same Bill Gates, whose private foundation, according to WHO, is the second donor after the US government to give up to 9.76% of the budget, said that the world “needs it more than ever” and called the president’s actions “as dangerous as coronavirus itself. " Ashish Jah, director of the Harvard University Global Health Institute, reacted somewhat more restrainedly, describing Trump's trick as "an extremely bad decision." But the editor of the authoritative American medical magazine “Lancet” didn’t choose expressions, expressly declaring that the head of the White House commits a “crime against humanity”. He was also joined by very numerous experts in the field of medicine, arguing that a reduction in WHO funding would result in “a disaster that will cost many lives.” And all this is a reaction only in the USA itself.

No less sharp rejection has caused a statement by the leader of the United States and the rest of the world. The reaction of the UN Secretary-General Antonio Guterres, who said that now is "absolutely no time" for such actions, is understandable, absolutely predictable. However, Washington also did not find support from its European allies. German Foreign Minister Heiko Maas is confident that “Trump’s accusations against the Organization will not help anyone and nothing.” And the troubles will surely do ... The head of European diplomacy Josep Borrel, who stated that for the unprecedented step of the White House “is impossible to find any excuses and reasons,” is even more frank in his statements. I would very much like to catch this monsieur today expressing “deep regret” regarding the next shameless US demarche, as they say, “catch for language”. More recently, Borrell was just talking about something completely different - he, you know, was worried that “China and Russia are showing a desire to strengthen their influence at the global level, using the sanitary crisis and using all their capabilities to demonstrate that certain political systems are more effective than European ones in the fight against a pandemic. ” Here it was less necessary to sing along with the Americans in their delusional fabrications, perhaps they would now behave less arrogantly! Again, I want to ask a question to those who are horrified today by the White House’s racketeering, rightly accusing him of “crimes against humanity”: were the United States’s firm intentions to block the allocation of $ 5 billion to Iran through the IMF to combat the pandemic ?! All other sanctions, restrictions, threats against countries suffering from coronavirus? It turns out that this was all perfectly permissible, but only now, when Trump has “swung at the sacred”, having already jeopardized your interests, did you deign to “come to your senses” and “to see clearly” ?!

Incidentally, the World Health Organization itself reacted very appropriately to what had happened. Wring their hands in a panic, and, even more so, sprinkle their heads with ash and fall to their knees before the "great and terrible" Trump there did not. They simply said: “we are sorry” and stated that they would “work with other partners, trying to compensate for these financial losses and guarantee the smooth continuation of their work.” What kind of “other partners” is involved, there is no need to speculate much - the representative of the Ministry of Foreign Affairs of China, Zhao Lijian, has already called the US decision “unfair and thoughtless”, and expressed assurances that Beijing intends to “continue to provide such an important structure as WHO, all possible support. ” Yes, Celestial contributions amounted to 0,21% of the total budget of the Organization, but this was, I emphasize, BEFORE the pandemic ... Best of all, perhaps, what was happening was described by Adam Kamradt-Scott, associate professor of international security at the University of Sydney, who believes that "now a situation in which the United States, in the midst of a global crisis, abandons its leadership role, making room for others. And if everyone knows that nature does not tolerate emptiness, then politics does not allow a vacuum even more ... ”“ Saving ”amounts that are meager in comparison with their own military budgets and trying to“ punish ”someone in such a barbaric way, the United States demonstrates the whole world is not in no way own strength, but the weakness and complete groundlessness of claims for global dominance. By the way, already now in Washington there are full calls for "creating an American alternative to WHO," for example, based on USAID. A “right” organization that will allocate funds and render assistance exclusively to the “right” states, which is absolutely loyal to the United States. Next in line, presumably, is an "alternative UN."

In fact, the completely cannibalistic decision of Donald Trump is just one more step (though quite significant), to create a new world that will be born on the ruins of the destroyed COVID-19 ugly globalist non-civilization. The first obvious candidate for leadership in it has already been determined. I would like to hope that Russia will be able to adequately pass the current tests in order to also take its rightful place in this new world.
Ctrl Enter
Noticed oshЫbku Highlight text and press. Ctrl + Enter
We are
Retribution for self-confidence: why Trump will not be able to defeat COVID-19 in the United States
Ten "defeats" of Putin
Reporterin Yandex News
Read Reporterin Google News
Ad
The publication is looking for authors in the news and analytical departments. Requirements for applicants: literacy, responsibility, efficiency, inexhaustible creative energy, experience in copywriting or journalism, the ability to quickly analyze text and check facts, write concisely and interestingly on political and economic topics. The work is paid. Contact: [email protected]
9 comments
Information
Dear reader, to leave comments on the publication, you must to register.
I have an account? Sign in