Why Ukraine is not destined to become a gas hub 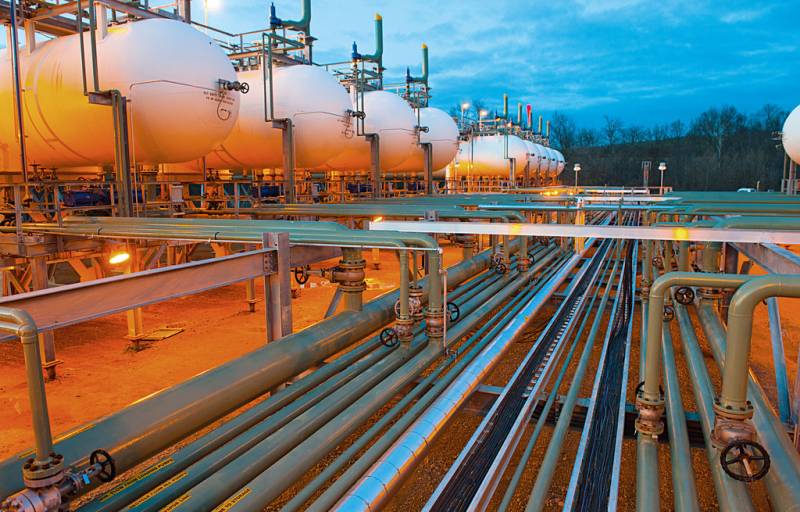 In 2015, Ukraine for political reasons refused to import gas from Russia. Instead, Kiev began purchasing “Slovak,” “Hungarian,” and “Polish” gas of Russian origin. Moreover, with the support of Poland, Nezalezhnaya intended to become a regional hub for the resale of American LNG to Europe.


However, according to the conclusions of the analysts of the Polish consulting company Esperis Consulting, Ukraine will have to wait for real independence from Gazprom at least until 2025, and this is in the best case.

The problem is that Warsaw itself will have to choose: the ambitions of Kiev or its own national interests. By 2020, Poland intends to completely abandon the purchase of Russian gas, and it is serious. An LNG terminal with a capacity of 5 billion cubic meters per year has already been built in Swinoujscie, there are plans to expand its capacity for receiving “blue fuel” to 7,5 billion. The project of the Baltic Pipe gas pipeline (“Baltic Pipe”) has been activated, through which the Poles intend to receive 10 billion cubic meters annually from Scandinavia.

Such determination and consistency of Warsaw is disadvantageous to Moscow, but in its own way deserves respect. At the same time, it is completely incomprehensible how Ukraine fits here with its Napoleonic plans voiced by its Minister of Energy:

It’s not just about diversifying supplies to Ukraine, which is the cornerstone of our economic, political, energy independence. And about a large geopolitical project in order to reduce the influence of the Russian Federation on Europe. About turning our country into an energy gas hub thanks to gas storages.

Kiev intended to acquire through Poland from 6 to 8 billion cubic meters of American LNG annually for subsequent resale to Europe. However, ironically, Ukraine itself in this ambitious energy project stumbled on a transit.

Nezalezhnaya does not have its own LNG terminal; the project for its construction in Odessa or Ochakovo quietly “died”. The capacities of the terminal in Swinoujscie are not enough to satisfy the needs of both Poland and Ukraine. To turn the country into a "gas hub" will have to fulfill at least two conditions. Firstly, it will be necessary to wait until 2025 for the Poles to build a floating LNG terminal in Gdansk with a capacity of 8,2 billion cubic meters per year. Secondly, it will be necessary to invest heavily in expanding the capacity of the Polish pipe. Now it allows sending 2 billion cubic meters a year to Ukraine, and at least 6,6 will be needed.

Who will pay for it, the Poles themselves, Europeans or Ukrainians, is a big question. It is possible that Warsaw expects from Kiev counter proposals in this regard. How else? For "independence" you have to pay.
Ctrl Enter
Noticed oshЫbku Highlight text and press. Ctrl + Enter
We are
Poland intends to “flood” Ukraine with American gas
How the Polish gas pipeline opened the way for Russian gas
Reporterin Yandex News
Read Reporterin Google News
Ad
The publication is looking for authors in the news and analytical departments. Requirements for applicants: literacy, responsibility, efficiency, inexhaustible creative energy, experience in copywriting or journalism, the ability to quickly analyze text and check facts, write concisely and interestingly on political and economic topics. The work is paid. Contact: [email protected]
11 comments
Information
Dear reader, to leave comments on the publication, you must to register.
I have an account? Sign in