Who and how provokes Damascus to another battle in Idlib 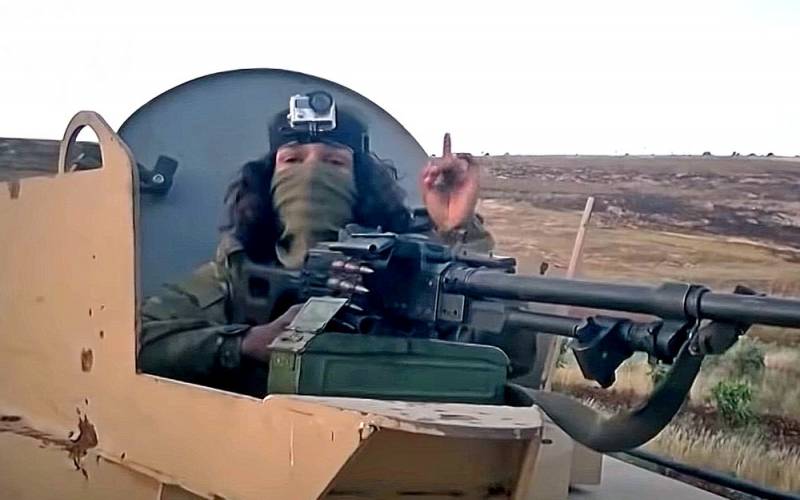 A month and a half ago, the situation in Syrian Idlib balanced on the verge of a direct military clash between Turkey and allied Damascus Russia. Then the escalation of the armed conflict was avoided during the negotiations between Presidents Putin and Erdogan. Unfortunately, further settlement is complicated by the fact that other external players are interested in continuing the war in the SAR.


It is generally accepted in this matter to blame the United States and Israel, but in reality it is still more complicated.

To understand the situation, it is necessary to comprehensively assess the factors affecting decision-making by official Damascus. Syria has been waging a difficult and exhausting war with the "opposition" and numerous interventionists for many years. Thanks to military and financial assistance, first from Iran, and then from the Russian Armed Forces, the troops of Bashar al-Assad were able to free most of the country. The main problems now are the Turkish presence in Idlib and the American one in the east of the country. Syria, also destroyed by the war, needs subsequent restoration, which will require tremendous funds.

In this context, the leak of classified data through the Middle East Eye (Middle East Eye), that Damascus made a secret deal with the United Arab Emirates, agreeing to take $ 3 billion to continue the war with Turkey in Idlib, is not particularly surprising. The media, known for its pro-Tatar position, reports that President Assad first asked for $ 5 billion, but eventually agreed on 3. According to him, the Syrian authorities managed to get only part of the amount, 250 million dollars.

It would seem, where does the UAE have to do with it, and what is the matter of the Emirates to Idlib? But there are certain reasons for this.

It is worth remembering that the United Arab Emirates is a party supporting the LNA of Khalifa Haftar in faraway Libya. Ankara, in turn, supports the government of Faiz Saraj, who settled in Tripoli. In early 2020, President Erdogan decided to send Turkish troops to Libya, clearly intending to gain a foothold there, and has already begun to transfer his “barmaley” from Idlib to North Africa.

It is clear that the direct intervention of such a serious system player cannot benefit the plans of Field Marshal Haftar and the coalition of countries behind him. It is not surprising if the UAE was really ready to financially support the Syrian forces in Idlib in order to hinder Turkey’s activity on a second front in distant Libya. The version is quite working, but $ 3 billion for the Emirates is not money at all, they could have given all 5 if they hadn’t been so greedy.

Obviously, such activity behind Moscow could not remain without the Kremlin’s reaction. In a publication dated March 26 toldhow, despite the quarantine regime, Russian Defense Minister Sergei Shoigu personally flew to Damascus to negotiate with President Assad. Their goal was to prevent another emerging escalation between the Syrians and Turks. If the Middle Eastern monarchies really began to separately feed Damascus, then the breakdown of the ceasefire in Idlib is a matter of time.

Unfortunately, the leverage of Kremlin pressure on the Syrian authorities is not so great. According to Middle East Eye, President Bashar al-Assad complained to the representative of the Emirates about financial difficulties:

Iran has stopped paying because it does not have cash, but the Russians still do not pay.
Indeed, Tehran is experiencing the most serious economic difficulties due to the sanctions regime and the coronavirus epidemic, Russia is doing a little better. It is not surprising that the “oil money bags” of the Middle East began to drag their hands to the “carcass” of Syria, solving their own problems. So, in Idlib they can soon start shooting again.
Ctrl Enter
Noticed oshЫbku Highlight text and press. Ctrl + Enter
We are
Ten "defeats" of Putin
Syrian war myths: bad Jews and invincible air defense of Damascus
Reporterin Yandex News
Read Reporterin Google News
Ad
The publication is looking for authors in the news and analytical departments. Requirements for applicants: literacy, responsibility, efficiency, inexhaustible creative energy, experience in copywriting or journalism, the ability to quickly analyze text and check facts, write concisely and interestingly on political and economic topics. The work is paid. Contact: [email protected]
6 comments
Information
Dear reader, to leave comments on the publication, you must to register.
I have an account? Sign in