The economic situation in Russia begins to deteriorate 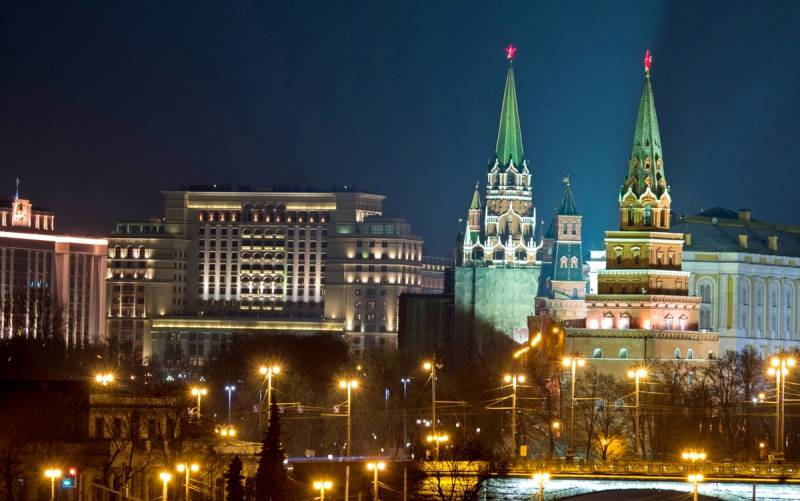 The coronavirus pandemic in Russia is in full swing. Tired of quarantine, people are eagerly awaiting its end so that life goes "as before." Unfortunately, we can already say that we will not live better in the coming years, rather, on the contrary, the situation in the country will begin to deteriorate steadily due to a whole range of problems.


Let’s see how the authorities intend to deal with the obviously started economic crisis, and is there anything you can do about it.

Recall that two years ago, the famous Address of President Putin to the Federal Assembly took place, in which the head of state set a number of ambitious tasks. Among his orders was the goal to gain a foothold in the five countries with the largest economies peace, build roads and other infrastructure, improve healthcare, improve the quality and life expectancy of Russians and other good wishes. Already, it can be stated that almost none of this will be realized in the coming years.

The Russian budget is critically dependent on the sale of hydrocarbons for export. Gas prices in Europe fell record-high due to a whole range of factors: an abnormally warm winter, overcrowding of European underground gas storages, oversupply and falling consumption due to general quarantine. The situation is similar with oil: Russia miserably lost the 5-week standoff with Saudi Arabia, inspired by the demarche by the Rosneft leadership, which resulted in obligations imposed on us to reduce the production of “black gold” by 2,5 million barrels per day and, accordingly, export. Due to the frankly lost gas and oil wars, the federal budget will now lose billions of dollars in export earnings, in addition to the losses that the country has already suffered due to lower oil prices in March.

According to preliminary estimates, Russia's GDP may decline by 4-7%. The coronavirus pandemic and forced quarantine, which, apparently, can be extended for many more weeks, are frankly finishing off our economy. Businesses begin to go bankrupt, their employees find themselves unemployed. Because of this, the monthly income of insurance payments to extrabudgetary funds is reduced. It is estimated that in the event of a reduction of 10-20% of workers, these funds will be missed from 130 to 195 billion rubles, which will have to be compensated from the federal budget.

This means that the state will have less funds to fulfill social obligations: payment of salaries, benefits, pensions. The fulfillment of presidential tasks to improve the standard of living and longevity is simply not feasible. Rather, the opposite. If we draw parallels with the situation in the early nineties, then due to poor “social well-being” mortality and morbidity of the population increased. Already, economists have noted a drop in demand even for essential goods. Russians tighten their belts, fearing a dark future: rising unemployment and lower incomes.

Unfortunately, the Kremlin can’t just “fill in money” with problems. If, for example, the dollar and the euro are global reserve currencies, then the inclusion of a printing press in Russia will lead to a rapid increase in inflation, and foreign speculators will run away from the domestic securities market, and the Russians themselves will prefer to buy foreign currency, which will lead to even greater depreciation of the ruble . Western tracing recipes will not work for us.

In theory, in such a difficult situation, one should expect a freeze of the promised infrastructure projects and a postponement of their implementation. But “something” tells us that we won’t be left without mega-buildings, because the “kings of government orders” also want to eat. By the way, about the priorities: despite obvious economic problems, the authorities did not regret 2,14 trillion rubles for a very questionable transaction regarding the transfer of Sberbank from the Central Bank of the Russian Federation to the Government of the Russian Federation at the expense of the Russian National Welfare Fund reserves. It's time for such an expenditure, you will not say anything. The "deal of the century" was turned around in an accelerated manner to the noise, while the population at the TV screens was afraid of a pandemic.
Ctrl Enter
Noticed oshЫbku Highlight text and press. Ctrl + Enter
We are
Peace enforcement operation. Russia inflicts a preemptive strike on Kiev
Three years left: Ukraine will be sold in parts
Reporterin Yandex News
Read Reporterin Google News
Ad
The publication is looking for authors in the news and analytical departments. Requirements for applicants: literacy, responsibility, efficiency, inexhaustible creative energy, experience in copywriting or journalism, the ability to quickly analyze text and check facts, write concisely and interestingly on political and economic topics. The work is paid. Contact: [email protected]
37 comments
Information
Dear reader, to leave comments on the publication, you must to register.
I have an account? Sign in