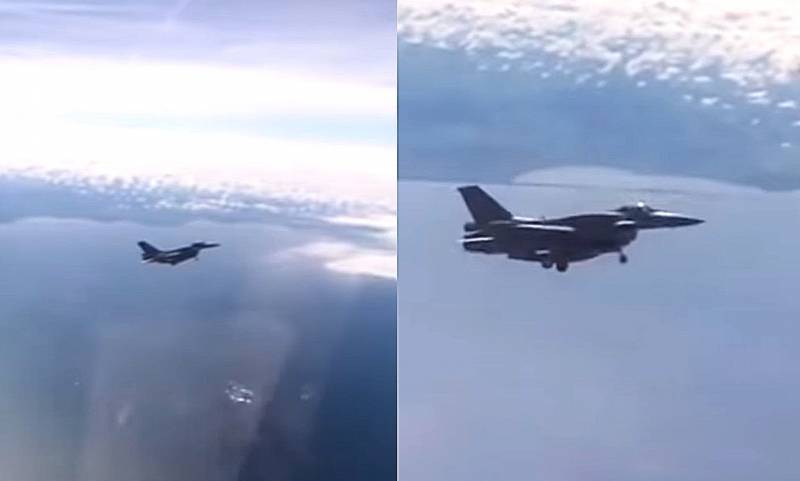 Youtube user under the nickname Fighterbomber posted an entertaining video. It shows how an F-16 fighter is attached to a Russian aircraft, forcing the first to land. At the same time, a US-made fighter flies with a landing gear.


According to Fighterbomber, the aircraft is controlled by Polish pilots. Chassis released in the air is a sign of the escorted transport for landing at the indicated aerodrome. But the main oddity of the situation is that the Russian board flew in international airspace, at an altitude of 5 thousand meters and surrounded by other aircraft. How in such a situation can the F-16 force a plane to land?


Poland currently owns 50 US F-16 fighters. At the beginning of this year, the Polish authorities signed an agreement with Lockheed Martin, an American corporation, for the supply of 32 improved F-35 aircraft; the contract value is estimated at $ 4,6 billion.

The F-35 Lightning II is a 5th generation multi-functional fighter-bomber developed by Lockheed Martin in three versions: a ground fighter, a vertical landing fighter with a short take-off, and a carrier-based fighter for the Navy.
Ctrl Enter
Noticed oshЫbku Highlight text and press. Ctrl + Enter
We are
Published video how the Mi-24 almost collided with a quadrocopter
Western public reacted to intercept NATO fighter by Russian Su-27
Reporterin Yandex News
Read Reporterin Google News
Ad
We are open to cooperation with authors in the news and analytical departments. A prerequisite is the ability to quickly analyze the text and check the facts, to write concisely and interestingly on political and economic topics. We offer flexible working hours and regular payments. Please send your responses with examples of work to [email protected]
22 comments
Information
Dear reader, to leave comments on the publication, you must sign in.