Russia is proactive: the authorities will send "free hands" to the fields 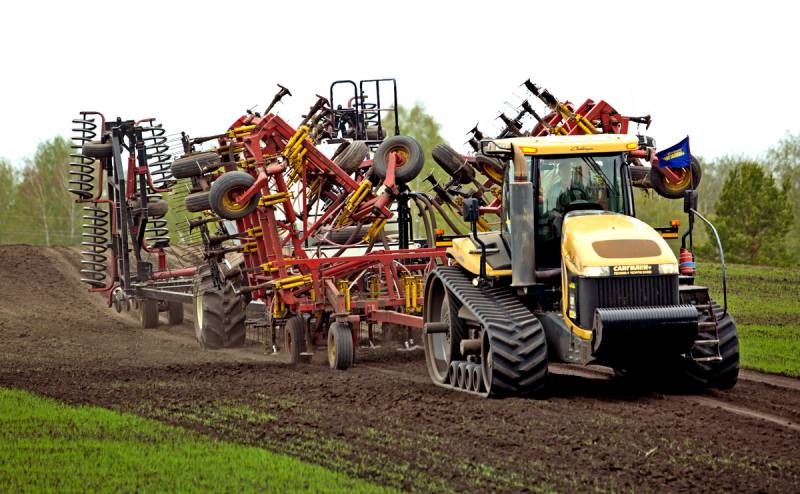 
As a result, thousands of tons of fruits and vegetables rot in the fields, and the collected products can hardly be sold due to the closure of public catering enterprises. Moreover, if the situation does not change, then in the fall in the US agricultural sector, collapse may occur.

Things are no better in Western Europe. In France, Germany, Spain and the UK have already reported an acute shortage of workers in agriculture. And German farmers, not waiting for help from the state, urge volunteers to help through social networks.

Our country, in order not to be in a similar situation, decided to “play ahead of schedule”. Russian agriculture is also dependent on labor migrants.

Therefore, in order to manage to provide the country with food and not to disrupt the harvest, which is extremely important in the current situation, an appropriate series of measures was adopted. In particular, the sowing campaign this year started two weeks earlier, and it is planned to involve students of agricultural universities and even prisoners who have been deprived of their liberty by correctional labor for harvesting.

In addition, simultaneously with the start of the sowing, a ban on construction in Moscow was also introduced. Thus, the freed workers can also be involved in the agricultural sector. The goal is to use any free hands.

And finally, so that traders do not “randomly” export all the bread, the government introduced quotas for the export of certain types of agricultural raw materials outside the EAEU from April 1. At the same time, to curb domestic prices, grain sales from the state fund begin on April 13.

Ctrl Enter
Noticed oshЫbku Highlight text and press. Ctrl + Enter
We are
China repays debt to Russia for helping fight COVID-19
Russian technologies that will help overcome the crisis
Reporterin Yandex News
Read Reporterin Google News
Ad
The publication is looking for authors in the news and analytical departments. Requirements for applicants: literacy, responsibility, efficiency, inexhaustible creative energy, experience in copywriting or journalism, the ability to quickly analyze text and check facts, write concisely and interestingly on political and economic topics. The work is paid. Contact: [email protected]
5 comments
Information
Dear reader, to leave comments on the publication, you must to register.
I have an account? Sign in