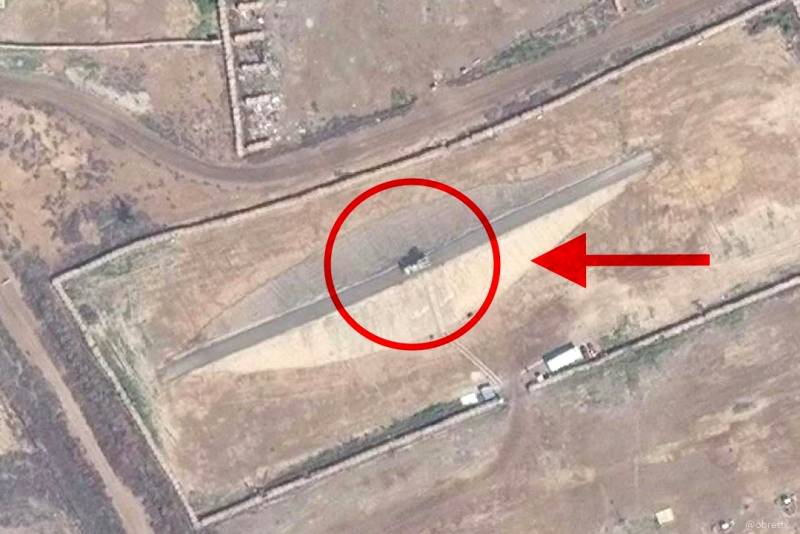 The satellites managed to fix a very unexpected object on the territory of the American base in the north of Baghdad - the Russian anti-aircraft complex "Shell-S".


The Americans, as it turned out, indirectly use Russian weapons in Iraq. So, the sky over the Et-Taj air base used by NATO is protected by the Pantsir-S anti-aircraft missile system. Although earlier the US military claimed that their anti-aircraft guns are much more effective than those that are in service with the Russian army, however, without providing clear evidence, as is often the case.

The US military does not have such a weapon captured from a satellite. It turned out that the military took the "Shell" from the Iraqi army - they sent a missile system to protect the American group of forces at the request of the US forces command.

Satellite imagery dates back to March 10 this year, and it is likely that these weapons have been used by the Americans since the active phase of the confrontation with Iran.

The development of the Pantsir-S complex began in the USSR and continued in modern Russia - the creation of the complex was completed in 1994. In 2012, the upgraded installation was adopted by the Russian Air Force. In 2015 and 2016, the complex was modified - in the latest version, the range of the targets of the installation was increased to 40 km.
Ctrl Enter
Noticed oshЫbku Highlight text and press. Ctrl + Enter
We are
US found guilty of missile strike at its base in Iraq
“Only damaged”: the Ministry of Defense contested the words of Erdogan about the eight destroyed “Shells”
Reporterin Yandex News
Read Reporterin Google News
Ad
The publication is looking for authors in the news and analytical departments. Requirements for applicants: literacy, responsibility, efficiency, inexhaustible creative energy, experience in copywriting or journalism, the ability to quickly analyze text and check facts, write concisely and interestingly on political and economic topics. The work is paid. Contact: [email protected]
8 comments
Information
Dear reader, to leave comments on the publication, you must sign in.