What if Putin picks up the coronavirus? 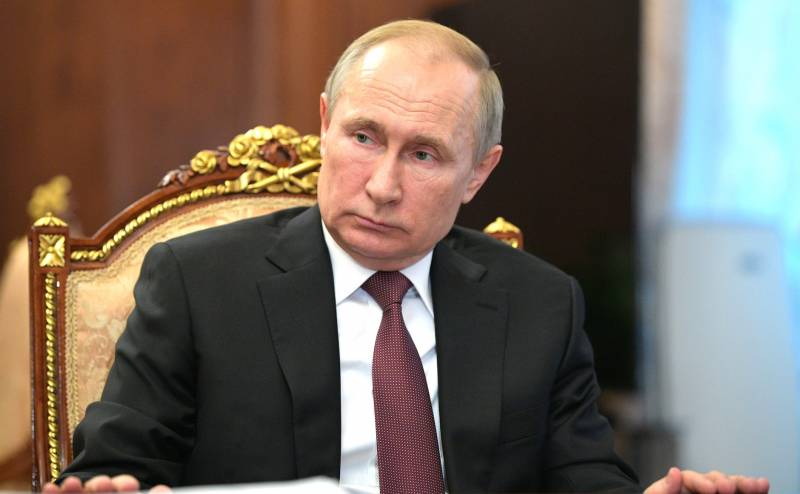 In Russia, as in other countries, there is an epidemic of coronavirus. And here, like nowhere else, the question arises of what will happen if the first person in the state Vladimir Putin loses his legal capacity due to illness or for any other reason.


In other countries, government documents, as a rule, clearly reflect the system of continuity of state power. In Russia, it is not entirely clear what will happen after the power is in the hands of the new Prime Minister Mikhail Mishustin, the American publication The National Interest argues.

The FSB of Russia is taking the necessary steps to ensure the security of the first persons of the state. So, it is known that there is a certain Situation Center of the Security Council of the Russian Federation, which coordinates the work of law enforcement agencies responsible for the security of high-ranking civil servants. The Security Council, however, is not mentioned in Russian government documents in the context of the continuity of power.

Judging by the federal constitutional law, in the event of incapacity or lack of power of the prime minister of the country, one of the deputy prime ministers assumes the authority to govern the state in accordance with the division of duties drawn up in writing. However, no one saw the written design of these powers, which casts doubt on them.

The Presidential Decree of January 11, 1995 defines the list of top state officials, including, in particular, the chairman of the Supreme Court, the chairman of the State Duma, and the Federation Council. But which of them can really become the head of state? And can the Security Council take power in the country?

The National Interest suggests that in case of emergency, one of the members of the Security Council will fulfill the duties of the president in order to maintain order in the country. This may be Prime Minister Mikhail Mishustin, deputy chairman of the Security Council Dmitry Medvedev, or even the secretary of this authority, Nikolai Patrushev.
Ctrl Enter
Noticed oshЫbku Highlight text and press. Ctrl + Enter
We are
Kudrin proposed to increase the powers of the head of government
New taxes and more expensive parcels: what awaits Russians in 2020
Reporterin Yandex News
Read Reporterin Google News
Ad
The publication is looking for authors in the news and analytical departments. Requirements for applicants: literacy, responsibility, efficiency, inexhaustible creative energy, experience in copywriting or journalism, the ability to quickly analyze text and check facts, write concisely and interestingly on political and economic topics. The work is paid. Contact: [email protected]
9 comments
Information
Dear reader, to leave comments on the publication, you must to register.
I have an account? Sign in