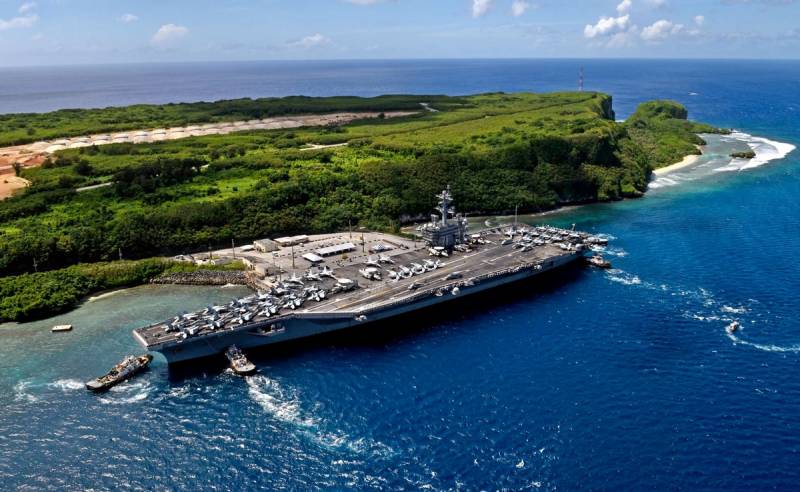 In the next few months, the military power of the United States will decline sharply. The invisible enemy, COVID-19, knocked out almost all of the American aircraft carriers. Military exercises and rotation of troops are suspended. And this is just the beginning.


How did it happen that some coronavirus in a month or so incapacitated disabled the strongest army and navy on the planet?

In order not to be unfounded, let us turn to the facts.

When the pandemic was just beginning, its symbols were giant cruise ships, from luxury floating hotels that suddenly turned into prisons. The reason is simple: despite the large size and developed infrastructure, the internal space on the ship is very limited. The same air circulates through the ventilation system, which both healthy and infected breathe. Under quarantine conditions, the passenger cabin becomes a camera, and there is no escape from this “submarine”.

By the way, about submarines and other military vessels. Living conditions on them are incomparably more severe than on cruise ships. The crew of large ships is many thousands of people, according to the state of the berth in some places are even in vestibules and passages. Creating conditions for quarantine in the navy is much more difficult than on a civilian passenger ship. Which, in practice, was demonstrated by the US Navy, which is difficult to blame for insufficient financing and deficit.

The greatest resonance was caused by the situation on the American aircraft carriers due to the information leak made by the captain of Theodore Roosevelt Brett Crozier, who was subsequently dismissed from his post. According to CNN, the number of patients on this head ship AUG has already reached 550 people. The aircraft carrier dropped out of the combat readiness of the US Navy and went to quarantine at the base of Apra Harbor on the island of Guam. Due to the inability to ensure isolation of patients from the rest of the crew, the number of infected in just a week has increased significantly from the original 30. The command plans to transfer the sailors to land in specially rented hotels.

It is possible that this will happen with the aircraft carriers "Ronald Reagan", "Karl Vinson" and "Nimitz", for which there is evidence of cases of infection with coronavirus. Recently, there is no reliable information on this subject, since the Pentagon has begun to classify it. But according to indirect data, a general idea can be made. On social networks, photos of American marines appear that make impromptu medical masks from their own t-shirts.

And this is the elite of the US Navy, aircraft carriers. And what is going on on cruisers, destroyers, where, due to tightness, it is not particularly crowded, and those same submarines, with which there is definitely nowhere to go? Is it any wonder that President Donald Trump sent part of his fleet to quarantine in the Caribbean?

As you know, the Pentagon scattered around the world the metastases of its military bases for the so-called "projection of power." Now this will play a cruel joke with the United States.

The huge American army requires regular rotation. Economy and the health care system of countries such as Afghanistan, Iraq, Syria, were at one time destroyed not without the help of the US military. The biggest problem is Afghanistan, where people from Iran are quietly moving, where the coronavirus epidemic is raging now, and there are many Chinese specialists of different profiles. Also from Iran, COVID-19 will inevitably spread to neighboring Iraq and Syria, as well as other countries in the Middle East, where the United States has numerous military bases.

Due to quarantine, the combat effectiveness of this contingent is now reduced, and in the future, foreign military infrastructure may become a source of repeated epidemics in the USA and NATO countries.
Ctrl Enter
Noticed oshЫbku Highlight text and press. Ctrl + Enter
We are
Ukraine from the inside: traitors, curators and those who watch from the Kremlin
Ten "defeats" of Putin
Reporterin Yandex News
Read Reporterin Google News
Ad
The publication is looking for authors in the news and analytical departments. Requirements for applicants: literacy, responsibility, efficiency, inexhaustible creative energy, experience in copywriting or journalism, the ability to quickly analyze text and check facts, write concisely and interestingly on political and economic topics. The work is paid. Contact: [email protected]
5 comments
Information
Dear reader, to leave comments on the publication, you must to register.
I have an account? Sign in