Deploying Aegis Ashore in Poland: Russia already has an answer 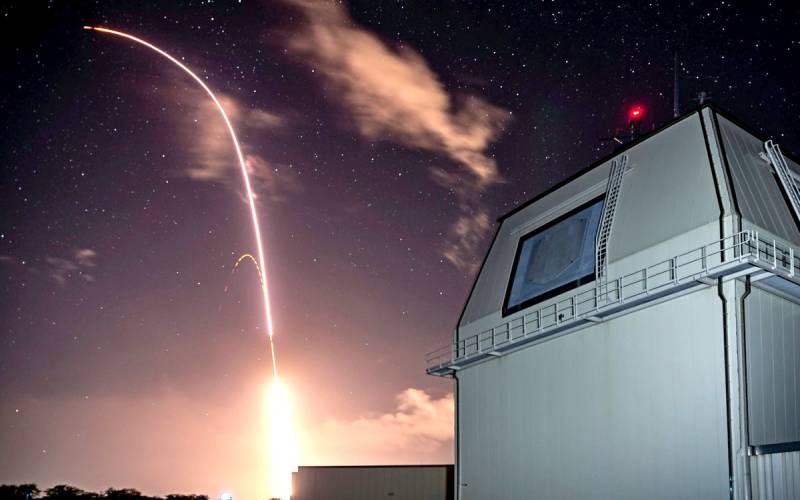 START-3 will expire next year. The United States is not eager to extend it, so the Pentagon’s plans to strengthen its missile defense system in Eastern Europe are very worrying.


We are talking about the American complex Aegis Ashore in Polish Redzikovo, from which they expect him to become the "crown of the architecture of NATO missile defense in Europe."

Aegis Ashore is a land-based version of a missile defense system originally designed for the US Navy. Therefore, visually the building is similar to the superstructure of the ships of the Ticonderoga and Arleigh Burke projects. For firing interceptor missiles of the SM-3 family, the universal vertical launcher Mk 41 is used. The first such complex has already been built in Romanian Devesela, designed to protect the south of Europe. In Polish Redsikovo, Aegis Ashore is being built to cover northern Europe. Planned to build two more complexes in Japan.

The caveat is that these systems are "dual-use." Literally in one day, anti-missiles can be replaced by Tomahawk cruise missiles, turning the “defensive” complex into an offensive one. The launch of Aegis Ashore in Poland will allow NATO to take control of the Russian Topol-M and Yars launchers in the Ivanovo, Kaluga and Saratov regions, that is, almost half of the strategic missile forces ground arsenal.

So far, the American project in Poland is “drowning in problems”, as the Polish media and military experts themselves write. The construction deadlines were seriously disrupted: the missile defense complex was supposed to be launched in 2018, now the deadlines have shifted to 2022, the budget is growing. However, it is obvious that the introduction of Aegis Ashore into operation, sooner or later, will nevertheless take place. How does this change the balance of power?

On the one hand, the anti-ballistic missile complex can be very effective against the launches of obsolete Topol. Being turned into an offensive weapon, Aegis Ashore is capable of “Tomahawks” to inflict a series of attacks on objects in the Kaliningrad region, which is located about 150 kilometers from it. There is evidence that Americans are prudently building backup stations in Eastern Europe that can duplicate the destroyed radar in Poland.


On the other hand, in the event of a conflict with NATO, the Polish and Romanian complexes, as well as other infrastructure of the North Atlantic Alliance, will be the number one goals for the Russian Strategic Missile Forces. Moreover, it’s just as easy to reach Redzikovo with the Iskander from Kaliningrad or the Caliber of the Baltic Fleet.

In addition, the RF Ministry of Defense has begun active rearmament, replacing the aging Poplars with much more advanced Yars. Its exact tactical and technical characteristics are classified, but it is known that instead of the monoblock head part of the package it is equipped with a separable one, that is, it can hit several targets at once, making it difficult for the missile defense system to work.

To this, it should be added that Aegis Ashore is rapidly becoming obsolete, since there is currently a race for hypersonic weapons against which the previous generation missile defense is already powerless. For example, “Vanguard” has already moved from the “cartoons” stage to “iron” and entered combat duty. By the time the American missile defense system starts operating in Poland, Sarmat missiles may already appear in Russia, which are completely different technological level.
Ctrl Enter
Noticed oshЫbku Highlight text and press. Ctrl + Enter
We are
Putin's departure: how to prevent the collapse of Russia's foreign policy
Ten "defeats" of Putin
Reporterin Yandex News
Read Reporterin Google News
Ad
The publication is looking for authors in the news and analytical departments. Requirements for applicants: literacy, responsibility, efficiency, inexhaustible creative energy, experience in copywriting or journalism, the ability to quickly analyze text and check facts, write concisely and interestingly on political and economic topics. The work is paid. Contact: [email protected]
20 comments
Information
Dear reader, to leave comments on the publication, you must to register.
I have an account? Sign in